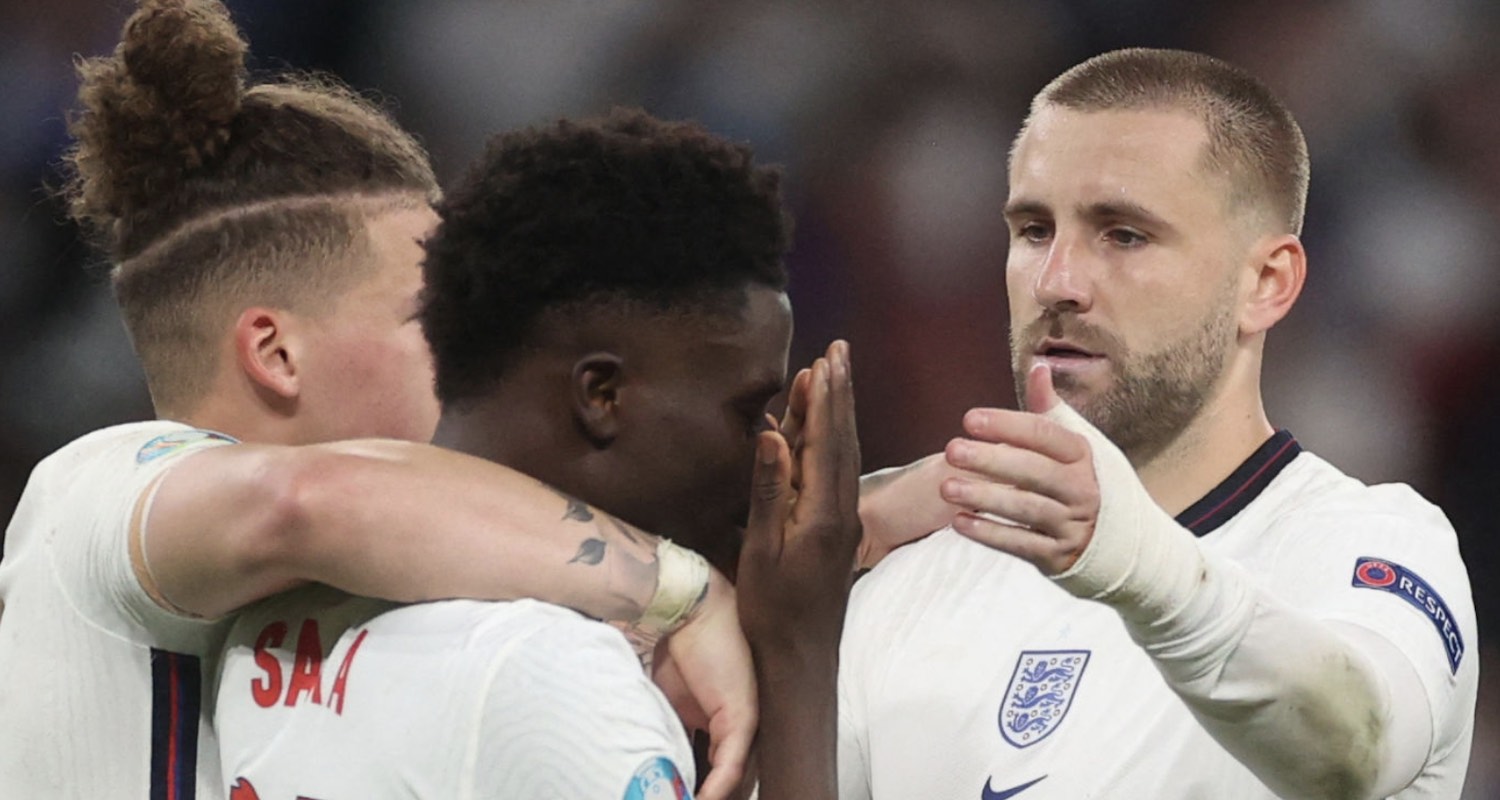 Regardless of who you wanted to win last night, England’s defeat came at a cost to an Arsenal man, and it was impossible not to feel huge sympathy for Bukayo Saka. His penalty kick was saved by Gianluigi Donnarumma, it handed victory to the Italians and while losing in a penalty shoot-out always feels harsh to those on the wrong side of it, this was especially cruel on a young man who had brought so much happiness and joy in the last month.

As unpalatable as it might sound to England fans this morning (on top of everything else), I wish Jorginho had scored his penalty. If you read this blog or listen to the podcast regularly, you’ll know he’s far from my favourite player, but Saka didn’t deserve to be the fall guy and Italy winning via a spot-kick from a penalty expert would have been far easier to deal with.

Here’s the thing though: when it came down to it, Bukayo Saka stood up and took responsibility. Gareth Southgate said the order of the penalty takers was on him based on what the players did in training, but with so much on the line, a 19 year old had the courage to step forward when other senior players did not. I’m not trying to point fingers at anyone, penalties are a weird beast, especially in those circumstances. Some players who may be brilliant at almost everything just don’t feel confident, but with the game on the line, Saka didn’t hide.

While there will be some morons who look to blame him, rational people will understand it was simply the culmination of 120 minutes and penalties that England really could and should have managed better. Defeat wasn’t simply down to the fact that Saka missed a spot-kick, that was just the last thing that didn’t go right in a game which genuinely provided a huge opportunity to win their first trophy since 1966.

Luke Shaw’s opener in the second minute rattled Italy. They were so open, there was so much space in the wide areas for England to exploit, and I think the biggest regret has to come from not making more of that early advantage. I don’t necessarily mean go hell for leather, but I really think they should have turned the screw in the opening 20 minutes. Instead, they looked at the screw and decided it was too dangerous to even consider turning it, and by 30 minutes they had parked the bus: 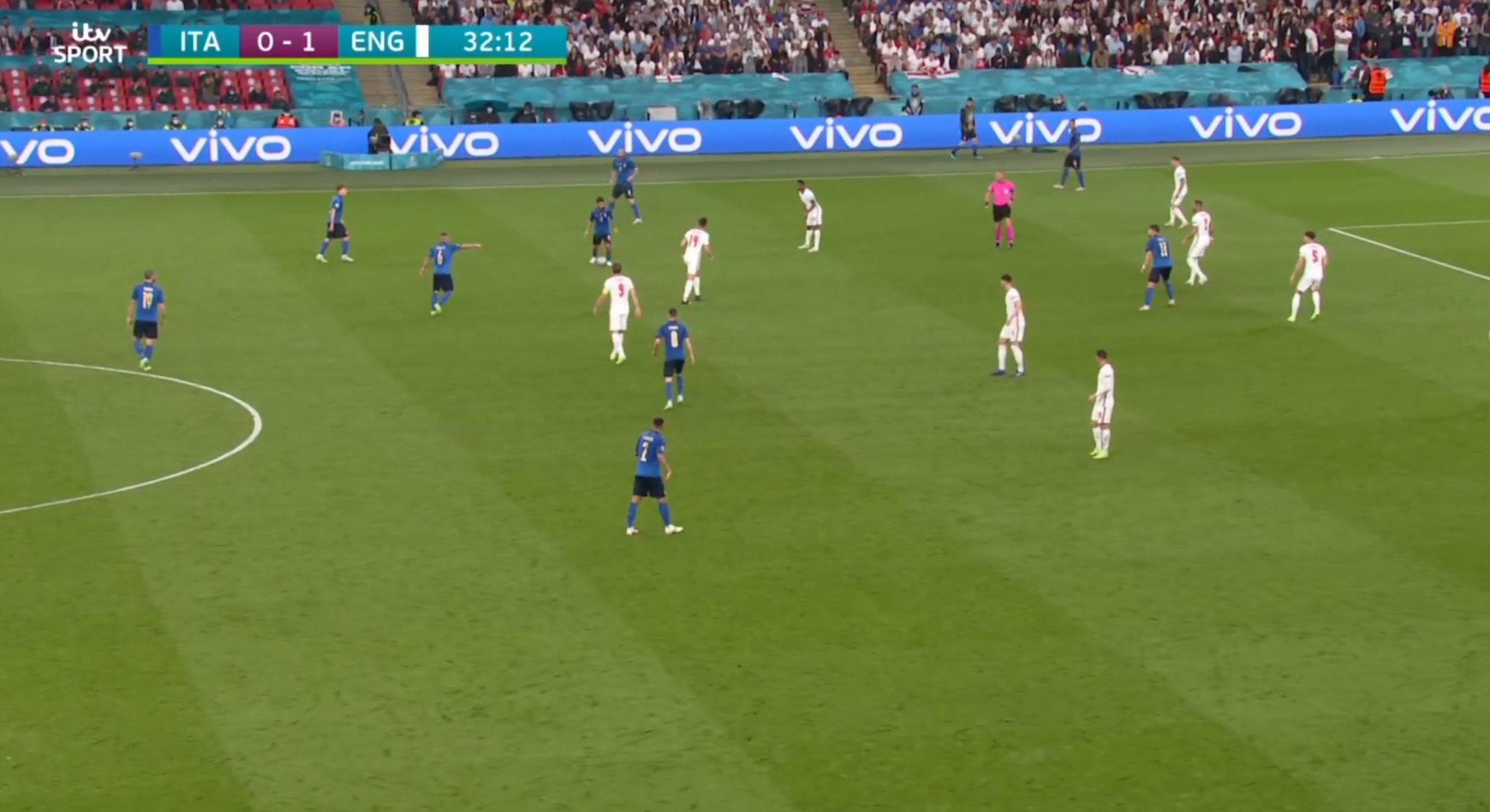 To some extent it worked, and while some will see it as ultra-cautious, to me playing 60 minutes to hang on to a one goal lead is far more risky than trying to score a second goal. Gareth Southgate is a very nice man, and to get England to the final he’s done something that more storied and successful coaches have failed to do down the years but, in the lexicon of a man we all know well, he’s too fond of the handbrake. The talent England had on the pitch and on the bench had the potential to hurt any team in this tournament, but I think the manager’s cautiousness played a significant part. There were changes that could have come earlier, and when it looked like penalties were a certainty, Marcus Rashford and Jadon Sancho were introduced.

I don’t doubt that given his own personal experiences as a penalty taker in a major tournament, Southgate did plenty of work on penalties and a scenario just like this. All the same, introducing a couple of players who have barely featured in this tournament that late in a game simply to take part in a shoot-out was another big risk. They came in cold, they missed, and because of that it’s hard not to think this was another thing that the manager got wrong. It’s very hard to marry his risk averse approach to the game in normal time with decisions like that which, if you look at them objectively or with neutral eyes, just don’t really make a great deal of sense.

Still, after saves/misses from both sides, Jorginho had the chance to win it for Italy, Pickford made a very good save, and so it was down to Saka. We know what happened next, and I felt so sorry for him. There was, understandably, an outpouring of love and sympathy for him, but sadly some decidedly unpleasant stuff too. The focus should, of course, be on the support he’ll need – and that I’m sure he’ll get – but England released a statement last night condemning racist abuse of Saka, Rashford and Sancho in the wake of the shoot-out going Italy’s way.

I guess it will open up another discussion about online abuse, and it’s a rotten shame we have to keep having it. The social media companies barely pay lip service to managing their platforms properly, and until such time as they properly deal with those who contravene their terms of service, there will be this nasty element to it. Ultimately though, we as a society have to reckon with the reality that racism is a scourge that isn’t too far from the surface of day to day life. Some of us are lucky not to have to deal with it or experience it directly, but that simply increases our responsibility to stand up for those who do.

In the cold light of day, and with barely 12 hours since the game was decided, Saka will be feeling pretty disconsolate I would say. However, he should be proud of what he’s done in this tournament and in his career so far. Before his selection was confirmed, there was part of me that wanted him to have a summer off, to rest and recuperate after a long season, but when he was named in the England squad, I could see how it would benefit him as a player and a person.

I didn’t quite envisage something like this, but it remains true. He seems like a very well-grounded young man with a great family who will provide him the comfort and support he needs in the immediate aftermath of this. Sometimes the lessons we learn are really difficult ones, but all the same they help us grow and develop, and without wanting to sound like some kind of self-help wanker, you can – in the end – take a lot from adversity and difficult moments which can benefit you down the line. The school of hard knocks has produced some very successful alumni.

Arsenal can help too. Let him have a real break and some time away to process all this, but also to give a 19 year old who carried our team at times last season a chance to rest what must be weary legs and to recharge his batteries. We have a responsibility to a special player to manage his career properly, and as tough as the opening games of next season are, we need him fit and healthy for years to come, not just a couple of difficult games in August.

I know Arsenal will fans will give him all the love he deserves when he does return to action.❤️

So, in the end Italy win having been an impressive team throughout the tournament, but in the final they didn’t need to be. They were a long way from their best, and that will surely be a source of regret for England and England fans this morning.

Let’s leave it there. I’ll be doing a quick post-Euro 2020 podcast with James this morning, and if you haven’t had a chance to listen to the new Arsecast Extra it’s below. The first part is a preview of the final which, at this point, I’m sure nobody wants to hear, so discussion of Nuno Tavares, transfer business, Amazon, and much more begins at the 16’25 mark.