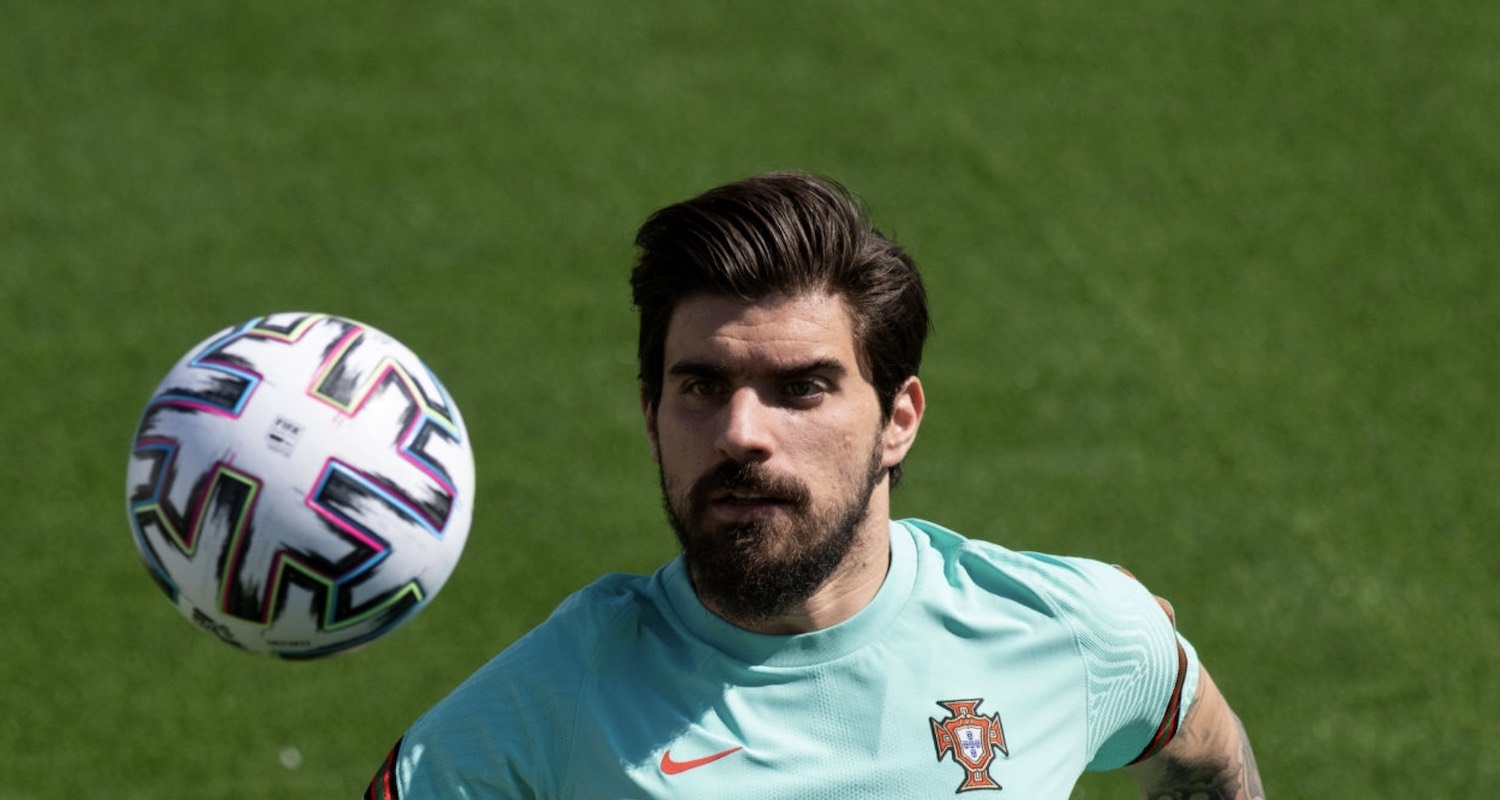 Still very quiet from an Arsenal perspective but a few bits doing the rounds this morning. First up, reports of a bid from Roma for Granit Xhaka, believed to be around €15m, which sounds a bit low. Then there’s talk of €20m plus bonuses which sounds close enough to the level we might do business at.

We’re also being linked with a £35m move (apologies for the currency mash-up here) for Wolves midfielder Ruben Neves. If Xhaka goes one way and Neves comes our way, it’s reasonable to assume that we’ve replaced one with the other. It’s interesting to see how people react to the fees, and there’s been some disquiet over how we much we might pay for the Portuguese international, especially in relation to what we might get for Xhaka.

Both of them have two years left on their current contracts, the point at which any sensible football club should renew, or sell. As an aside, you know the way Liverpool have ‘This is Anfield‘ inscribed in their tunnel as the players head out onto the pitch? Is there a way of inscribing ‘Learn to sell players better and stop letting their contracts run down making it harder for us to move them on and even if we do we have to do so at a reduced rate or even pay them to go away‘ on the door above Edu’s office? Maybe if he had to touch that every day to gain access it might sink in.

Anyway, both have two years left on their deals. Xhaka remains something of a divisive figure to the Arsenal fanbase. Some people absolutely can’t stand him, others think he’s great at what he does, but he has been a cornerstone of the team under three different managers. At Arsenal he’s been mostly solid, but he has also made high profile mistakes. His disciplinary record isn’t as bad as it is perceived to be, but he does pick up a fair number of bookings. And then there was the Crystal Palace thing which, however you view it, was an unsavoury incident and leaves something of a stain.

The point in bringing all that up is to illustrate that we have a decent, but flawed player, who has been at the club for five years and is now 28. He’ll be 29 in September. Are we going to give him a new deal? It doesn’t look like it. That in itself suggests some learning at executive level. So, we have player heading towards the final years of his career who is attractive to a club in a less physically intense league, and assuming we got something close to to that 20m mark (I’d be happier with £s than €s obviously), it seems like a decent deal for all concerned.

Neves, meanwhile, turned 24 in March. That makes a difference. We’re also buying from another Premier League club, which also has an impact on price. It looks to me, like James and I discussed on the Arsecast Extra, that Arteta wants a kind of Arteta player in the team. Neves is a decent passer, shoots a lot more than Xhaka, and in basic stats terms stacks up with the Swiss international pretty well. In some areas he’s better, but we also have to take into account the style of the team he’s playing for, and last season Wolves finished 13th.

I do think £35m sounds like a lot, but as a replacement for Xhaka, I’m not against this. I don’t think he brings the kind of athleticism and physical power many want to see in the team, and with a question mark over every other central midfielder at the club right now, if it’s Neves + A N Other (Arsenal linked with move for Other, report the aggregators), then that’s a fairly substantial midfield rebuild. If we let Torreira, Guendouzi and Xhaka go, we need more than one signing in this area. Not to mention a fully fit Thomas Partey, if we get such a thing next season, should add that extra dimension in terms of covering ground and presence.

Bottom line: There is always going to be a discrepancy in price between a player in the September of his somewhat checkered career being sold to a club on the continent, and a much younger one you’re trying to buy from another club in the same division. I don’t really see that as the issue. If it’s a ‘net’ £15m for Neves (£35 – £20m we get for Xhaka, and I do know it’s not as simplistic as that), it doesn’t seem that bad to me. Particularly as he will retain value if things don’t fully work out. We could still sell him in what is basically his prime. Whether we could do better than Neves is another question, but it seems our interest is quite real and I have a sneaky feeling this one could go through.

Also, what if Wolves fancy a bit of Ainsley Maitland-Niles again, like they did last summer? It’s not ideal, perhaps, but including a player in any deal might offset some of the outlay. As Nigel Phillips from the Arsenal Supporter’s Trust reminded me, Arsenal still have something in the region of £160m owing in transfer fees for the various deals we’ve done in recent years. It’s not something we have to pay off in one lump or anything, but it still has to be serviced on an annual basis. When you consider how many players we have who could depart, and the apparently limited liquid funds we currently have available to us, I’d be surprised if we weren’t at least thinking about swap + cash deals as and where possible/appropriate.

Still, it’ll all come out in the wash in the not too distant future. Excitingly, the transfer window actually opens tomorrow, so I assume we’re just waiting for that to happen before doing a clutch of deals before the Euros.

Right, I’ll leave it there, and for your listening pleasure, if you haven’t heard it already, the new Arsecast Extra is below. Enjoy.