Home Arseblog, the arsenal blog Willian – it was really (nothing) … er … not very much 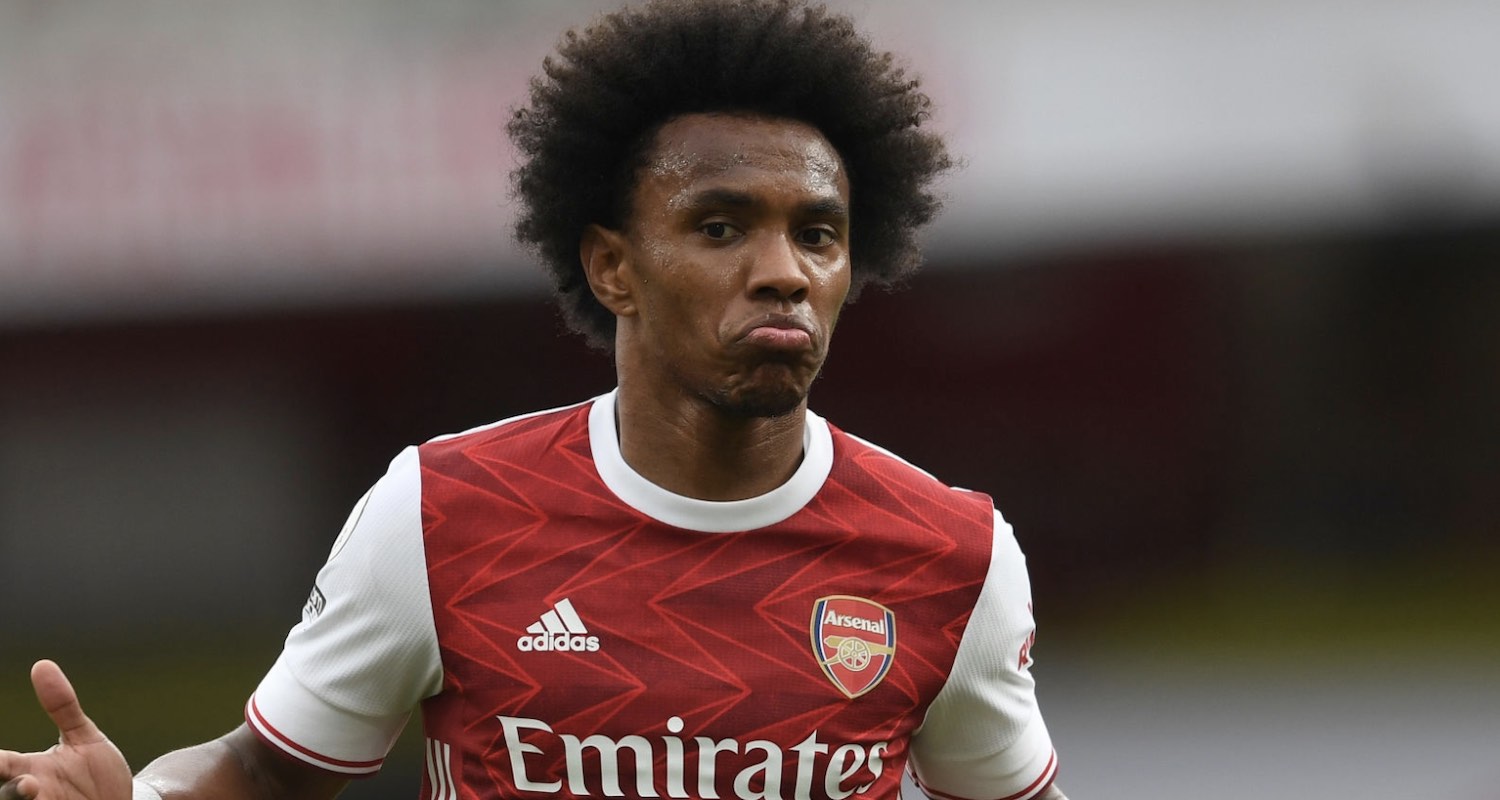 It’s a bit mad to think we’ve got a game against Chelsea tomorrow night, but we do. Hopefully all their players are thinking of the Champions League final I hope they lose, and thus play accordingly.

A bit like Arsenal at times this season, eh?!

Thanks to @geezypeas for noticing Mikel Arteta’s reaction to Willian’s goal the other night. After the free kick hit the top corner, TV cameras cut to the Arsenal manager sitting down, stone-faced, muttering away to himself (picture below):

I wonder what was going through his mind. It doesn’t look like ‘YES WILLY WILLY, I KNEW YOU COULD DO IT!’, does it?

Regardless of what he says in public, he must have regrets about the signing. He and Edu took a big gamble on a player who spent years at a rival, and pushed the boat out to give him everything he wanted: big money, a three year deal when Chelsea were only offering two, and plenty of chances to play.

That he’s scored his first goal in May, in a game which is essentially meaningless, tells you a lot. Also, the fact that he has more Premier League assists than any other Arsenal player this season (5), tells you a lot too. It tells you this team lacks creators; it lacks players with vision and bravery.

The manner of those assists is interesting too, and ‘assist’ is such a weird stat anyway. If you play a precision pass through a defence to lay it on a plate and create a one-on-one for a striker, it’s seen as the same as making the final pass before a player beats a couple of men to make space for a shot. Sometimes an assist is exactly that, sometimes it’s much less an assist and more ‘a little bit of help’ or a ‘minor contribution’.

Willian’s have mostly come from crosses. It’s not to be critical, but most of the time it leaves the player with some work to do. Think of Gabriel’s fantastic header against Olympiacos. Willian stood the ball up, his fellow Brazilian did most of the work. Similarly, Kieran Tierney’s goal against Benfica. It was a simple pass from Willian who, to be fair, had to be there to play the ball, but the left-back made it an assist with his quick feet and fizzing finish.

At some point, it would be nice if the stats community found a way to categorise assists better. A ‘true assist’ versus the final pass ‘assist’. For now though, Willian leads the way in Premier League terms, although Emile Smith Rowe with just half a season under his belt at 20 years of age is one behind him with 4. Transfermarkt show Bukayo Saka with 10 assists in all competitions, but if I’m right, I think they count penalties won as assists so that could be a bit skewed.

I don’t think I will ever understand why Arteta has appeared to be so protective of Willian. Perhaps it’s wanting to justify the signing. Maybe he doesn’t want to upset Edu’s mate who is Willian’s agent. It could be that Willian is the kind of character who needs to feel a manager has got his back. When I see him come on as a sub my heart sinks, because rather than a player who can make an impact as a sub, he almost has the opposite effect. He sucks the life out of a game.

Is the writing on the wall though? Since Christmas, and that 3-1 win over Chelsea, Willian has started just three times in the Premier League, and two of them were in the last week – the 2-0 win over Newcastle, and Sunday’s win over West Brom (the other was the 3-1 win over Leicester). It feels like a bit of an anomaly that his starts coincide with Arsenal wins, because it’s not something many would associate with him, but even if many of Arteta’s selection decisions have been open to question, there’s very little arguing with this one.

In another world, with the benefit of hindsight, you could argue that if all the minutes and appearances Willian got this season went to Reiss Nelson, we might be better off. I don’t think that Reiss would have contributed much less, and even if he didn’t develop into the player you wanted him to be, a full season under his belt would have made him a more valuable asset. Instead, he’s seen a full season pass him by (just 448 minutes of playing time), his transfer value has plummeted, he can’t get into the team for even meaningless fare against West Brom, and we’ve spent a fortune for Willian to finally score a free kick in May.

I accept that there have probably been things behind the scenes that have contributed to Nelson’s absence. It was odd that he didn’t go on loan in January (if not the summer), and that might have played a part, but as a club Arsenal cannot waste money anymore, and they have to do as much as possible to maximise the value – on and off the pitch – of the players we have coming through our Academy.

As for Willian, chalk it down to a mistake. Sometimes it’s the wrong move for a player, the wrong move for a club, and that’s what this is. Don’t compound the error by trying to make it work with a guy who is a year older, a year closer to retirement, and who has never looked like he was giving everything for the cause anyway. If Edu isn’t hashing out some kind of deal with Kia to put it to an end to it this summer, he’s not doing his job properly. I know he has lots of other stuff to do, but you can’t make a mess like this and not do something about cleaning it up.

Finally for today, I know Arsenal has been something of a chore for all of us this season – so I’d like to draw your attention to this wonderful piece by our good friend Poorly Drawn Arsenal. This one resonated with me hugely, lovely work.