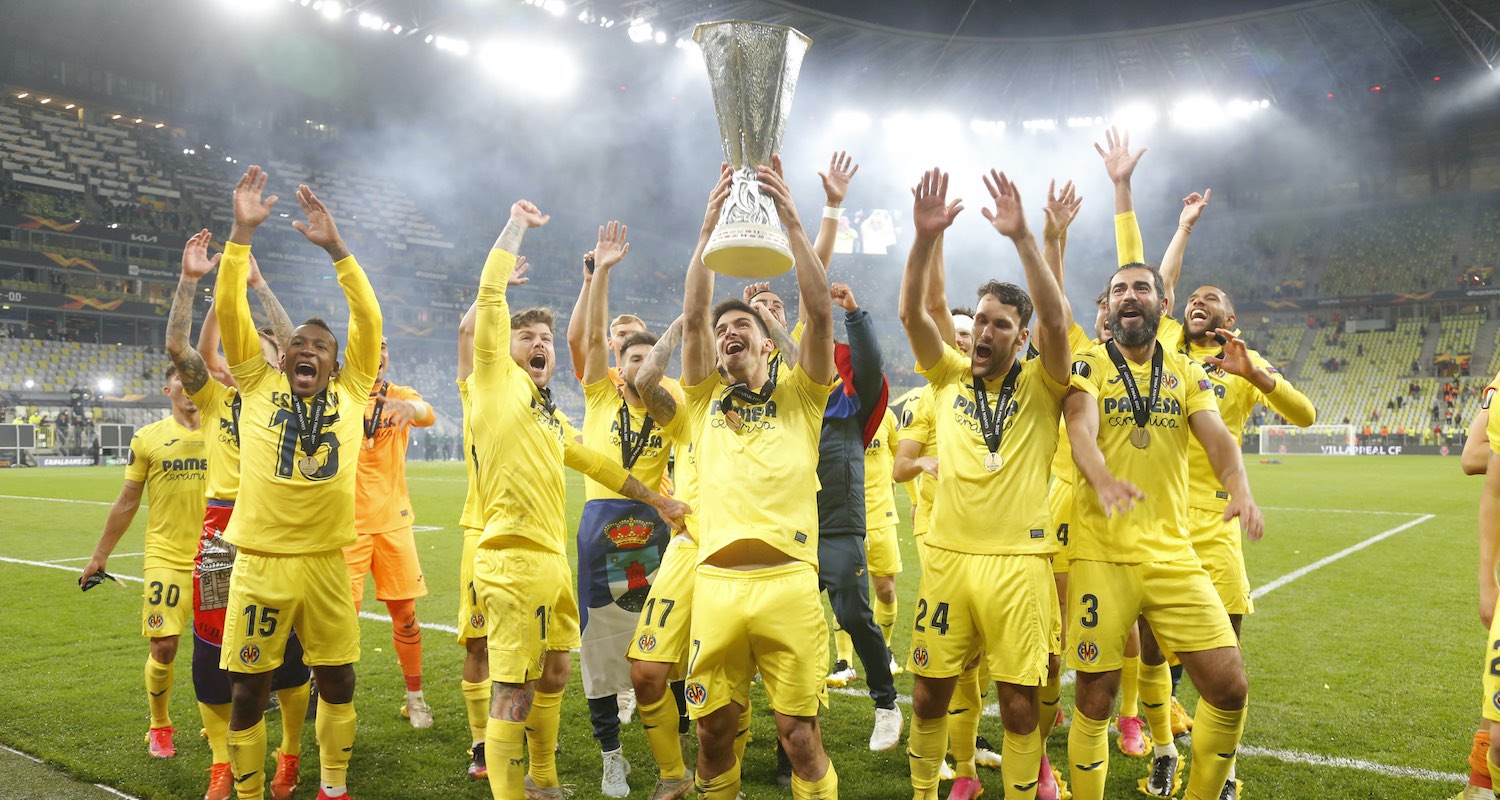 I didn’t watch the Europa League final, for a number of reasons.

1 – I think I’ve had quite enough of football for this season, and I just couldn’t bring myself to commit the time. I played some Rocket League on the PS5 instead.

2 – When I did think about watching it, I found it conceptually too annoying. Even more annoying than the kids on Rocket League who say ‘What a save!’ every time you concede a goal. A significant part of it is because we should have been playing in it (the Europa League final, not Rocket League), but we messed up both semi-finals.

3 – I will explain the annoying thing, although my numerical based rationale for all this is now basically ruined because this isn’t a third reason, it’s just an adjunct to number 2.

5 – Back to 3. Please don’t think for one second that I’m not happy that Villarreal won. Far from it.

6 – However, first and foremost I’m happy that Man Utd lost more than Villarreal won. I know one thing follows on from the other but the priority is Man Utd losing. If they’re in a game which presents them with a chance of success I’m going to hope they lose and the other team wins, pretty much regardless of who that other team is (there is the odd exception but let’s not torture ourselves with those kind of disgusting scenarios this early in the day).

Man Utd v Phil Collins FC – where each player is a perfect clone of the man who made the most annoying song of all time and throughout the 90 minutes game they run around doing the drum bit from In The Air Tonight which we can hear perfectly, like a pack of baldy Vuvuzela bastards.

I want United to lose.

Man Utd v Real Andromeda – where the opposition is a team of aliens from another galaxy that have enslaved humanity and feast on our gizzards and the only way they’ll leave us alone is if they’re beaten in a game of Association Football in front of a worldwide television audience.

I want United to lose.

Man Utd v Who Cares, in a ridiculous tournament – possibly sponsored by some car manufacturer – that doesn’t matter one bit and nobody will gain any pleasure from it anyway.

8 – Here’s where it gets especially annoying for me. How is it possible that wherever he goes, Unai Emery wins the Europa League, and the one place it doesn’t happen is Arsenal?

Am I happy for him? I suppose so but it mostly stems from United losing. And look, I don’t think Unai Emery was a bad man, I just think he was the wrong fit for us and any manager who came in after Arsene Wenger in the circumstances he did was probably going to suffer in much the same way. His departure was not a mistake. He is, essentially, our equivalent of David Moyes who has reminded people this season that he’s still a decent manager given what he did with West Ham.

Emery’s ‘fall’ at Arsenal wasn’t anywhere near as damaging as Moyes at United though, and to bounce back this quickly with a team like Villarreal to win a European trophy is hugely commendable. I mean, when you get Francis Coquelin to bury a penalty top corner, you deserve plenty of plaudits.

9 – It’s still really annoying though, because of Baku. Winning the Europa League three times in a row with Sevilla; bringing a European trophy to Villarreal – a small town where they make toilets and sinks; and getting pumped 4-1 by Chelsea.

Unai Emery could take over a team in the Spanish 19th division, made up entirely of wispy underground mole-men whose bones are as brittle as balsa wood and who are 98% blind in the daytime, and somehow, within a couple of years, he’d be standing there with the Europa League trophy in his hands.

But at Arsenal? No. Not only beaten, but battered. Not only battered, but an up-to-that-point pretty popular former player stuck the knife in, twisted it a bit, and fat-arsed bloke who has gone on to score a negative amount of goals following a massive move to Real Madrid, was made look like he had taken football to a new level.

10 – Well done Villarreal. A great win for the team and the town. I was there back in 2009, and the people were great. In an era when clubs with monster finances and influence wield that power to win everything, it’s nice that a smaller club has shown success isn’t always down to those things. That United were one of the teams involved in the European Super League fiasco and lost to a team who they sought to exclude because they – along with all the others (us included) – dismissed them as not important enough, makes it all the more enjoyable.

Have a great time, Unai. Have a celebratory drink or two with your Coq. Maybe get drunk enough to sell us Pau Torres, although I don’t know there’s enough booze for that to happen. I look forward to seeing Villarreal lift it again next season when they crash out of the Champions League back into the Europa League!

Finally, anyone else get extreme Riquelme vs Lehmann vibes from David de Gea as he was about to miss his penalty?

The face of a man who has seen the future and it’s a penalty so bad even that Villarreal goalkeeper can save it.

Right, let’s leave it there for now. For some extra midweek listening, we have a bonus Arsecast for you, with Tim Stillman reviewing the season for Arsenal Women. All the links you need to listen/subscribe are below. Back tomorrow with a regular Arsecast, until then, take it easy.