Home Arseblog, the arsenal blog Arsenal 4-2 Leeds: Plenty to like as Gunners get back to winning... 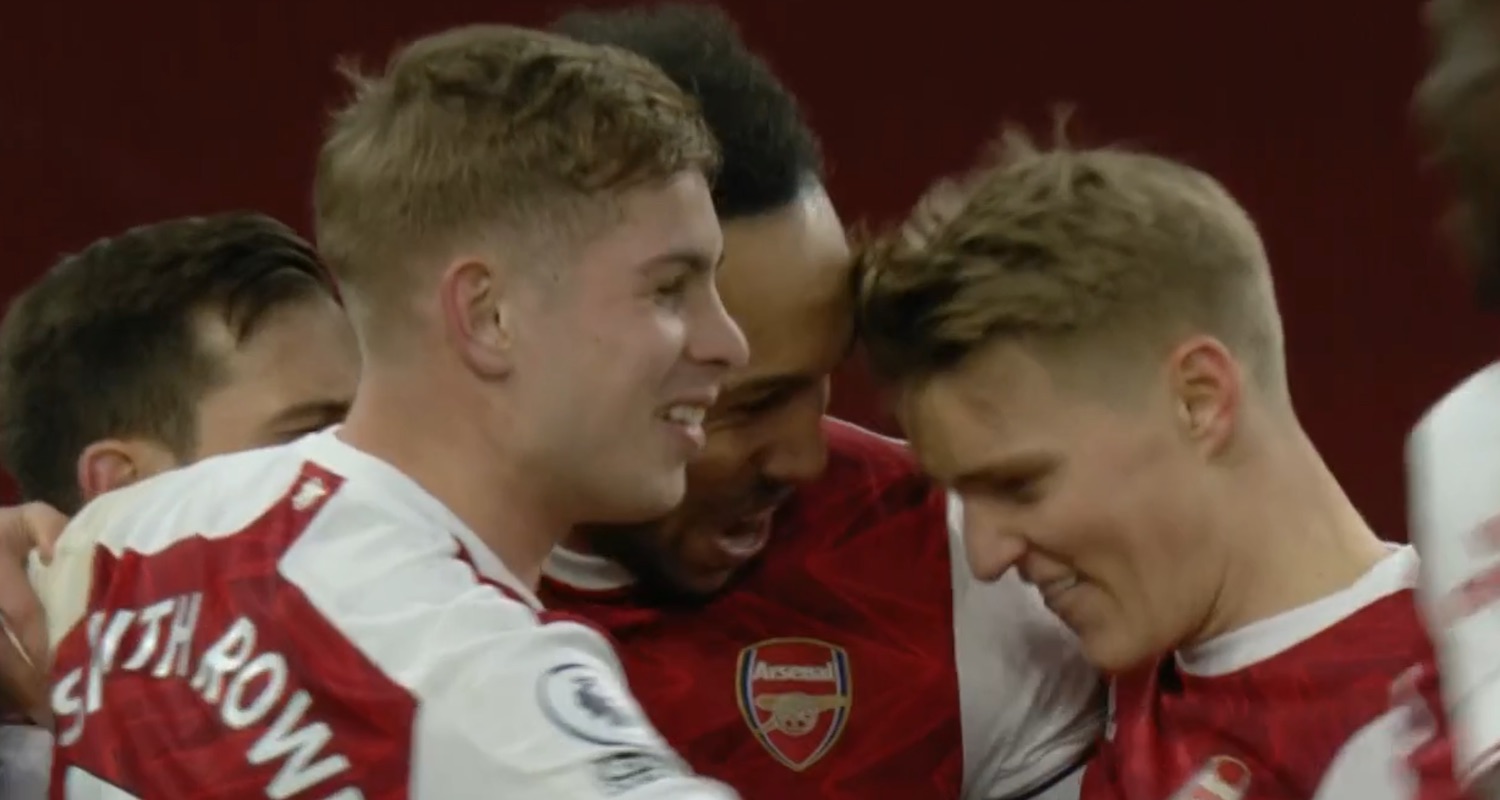 Arsenal earned a big three points against Leeds yesterday in what was almost a classic game of two halves. In the first 45 we were front-footed and dynamic, edging possession, taking 8 shots, scoring three times, and with an 82% pass success rate.

In the second we consolidated our lead early on as Pierre-Emerick Aubameyang completed his hat-trick, but Leeds scored twice, had 61% possession, and our pass success rate fell to just 67%. In part that was down to game-state – you don’t need to be as proactive when you have a 4-0 lead; in part because Leeds didn’t stop running and trying; and in part because we made a substitution which didn’t work.

It’s a strange feeling to score four times (this is good), yet still feel a bit anxious about how the game was going to go. At 4-2, can everyone out there say they weren’t even a bit worried? I know, that’s football, and as Arsenal fans we’ve been shaped by recent history to know almost anything can happen. It didn’t though, and there’s a lot more positive than negative to focus on this morning.

Obviously the three goals for Aubameyang top that particular chart. He’s had a difficult time of late, and a underwhelming season in general, so on a day when he was deployed as the centre-forward with three creative players around him, it was good to see him produce as ruthlessly as he did. The first perhaps caught the goalkeeper by surprise, going near post instead of far, but it’s a shot from area of the pitch he is often really effective in. The build up between Smith Rowe and Xhaka to put him in there was nice too.

His second was an ice-cold penalty – not quite a second attempt, but it was the second award for a foul on Bukayo Saka. Moments earlier the referee had given us a spot kick, then checked VAR and overturned his decision. I thought it was a penalty myself, but there you go. The best way to deal with incidents like this is to make them irrelevant and that’s what we did. Saka basically terrorised the Leeds defence for the first half, and having driven into the box for the one which wasn’t given, he closed down the keeper whose heavy touch saw him make a clumsy foul. Penalty, which Aubameyang slotted perfectly.

It was Saka again who caused havoc for the the third goal. Big-mouth Alioski couldn’t get anywhere near him as he drove across the edge of their penalty area, beat another couple of players, before Aubameyang, Bellerin, Smith Rowe, Ceballos with a nutmeg assist, and then Bellerin again with quick feet and a strong finish inside the near post made it 3-0.

The captain got his hat-trick with a far post header early in the second half, the very deliberate assist coming from Smith Rowe. On TV they were debating whether or not he meant it, suggesting he was trying to curl a shot to the far post. For me, it’s as deliberate as Saka’s goal against Chelsea! Other people can waste their time arguing otherwise if they want, but I’m just pleased that a player who has added a lot to this team and who was a lot of fun to watch yesterday got a tangible reward for his performance.

So, 4-0 up and you think ‘Just what I needed after the last couple of weeks. A nice relaxing half, a comfortable lead, we might even score more!’. And then Leeds score from a corner, unusual in that we don’t concede too many from set-pieces. The big defender ran off Saka, then made Luiz look every single one of his 33 years with a thumping header than Bernd Leno could do nothing about it. Well, it’s a shame to concede, but it happens.

Then that sub. I fully accept there might have been things about the change we’re not aware of, but I don’t think I’ve ever experienced anything like this ongoing Willian situation before. I said last week that criticism of the player himself is now pointless, and he demonstrated exactly why again yesterday, by contributing virtually nothing. Now, to be absolutely fair, it wasn’t as if we went downhill because he came on – Leeds half-time changes worked, and our pass completion etc was just as bad in the 20 minutes before Willian’s introduction, but I just cannot ever remember having a player who feels like he sucks the life out of the team the way he does.

He had just 12 touches of the ball, made just 5 passes, and it remains a mystery to me why Arteta persists in trying to make this work. At some point when you sit in the car, turning the key and listening to the engine making horrific screeching and dying sounds, you have to accept it’s broken. It’s an analogy that doesn’t really fit because the manager is choosing the clapped-out banger over perfectly good options sitting in his footballing garage.

Maybe Nicolas Pepe is being ‘saved’ for Benfica, but after a couple of good weeks, can we believe that half an hour here would have been too much for him? For me that was the change, especially as he’d have given us some threat on the break as Leeds continued to press. I know some would have liked to have seen Martinelli, but I think if we were comfortably in front – instead of anxiously seeing out the last period of the game – we might have seen him come on for Aubameyang.

I really wish we didn’t have to keep discussing this but our substitutions continue to be an issue, and the continued insistence on using a player who gives us nothing is hard to understand. Yesterday, we had the kind of lead it was hard to lose, so it didn’t impact us in the same way the one at Villa did, when we needed a sub to come on and work. I don’t know what it will take for acceptance on the manager’s part that Willian is a busted flush and others deserve those minutes far more, but it needs to happen soon.

Let me take this back to the positive end of the spectrum though, because we did score four goals, we did win, and we played some really nice football. I think we saw a continuation of some of the aspects of the performances against Wolves and Villa that were good, and to see the way we set up yesterday was very pleasing. A striker like Aubameyang, backed-up by three technical, creative players in Saka, Smith Rowe, and the impressive Martin Odegaard, felt much more like the kind of Arsenal I want to see.

If this is the next iteration of Arteta’s team, I’m pleased, because it shows an intent – not just in terms of how we want to play the game, but where we want to play it. We want to play in the opposition half, to push them back, and have the kind of technical security which allows us to do that. I also think that both Dani Ceballos and Granit Xhaka were good yesterday – something Marcelo Bielsa noted afterwards – and their midfield presence allowed us dominate in the period of the game when we were on top. On a day when we were worried about how much we might miss Thomas Partey, that’s a positive.

It was a game, despite Leeds second half resurgence, that we absolutely deserved to win, and coming at the start of a really challenging period, it was much needed. Not simply for the points, but to demonstrate that we can marry these positive performance aspects with actual results. Obviously we have a way to go yet, we have to do this consistently, but overall it was a good day’s work for Arteta and his team. If there’s criticism over subs, there’s a lot of credit for the way we were set up from the start and how effective that was in a scintillating first half.

Now, to Benfica away … but in Rome!

Pod should be out before lunchtime. Until then.