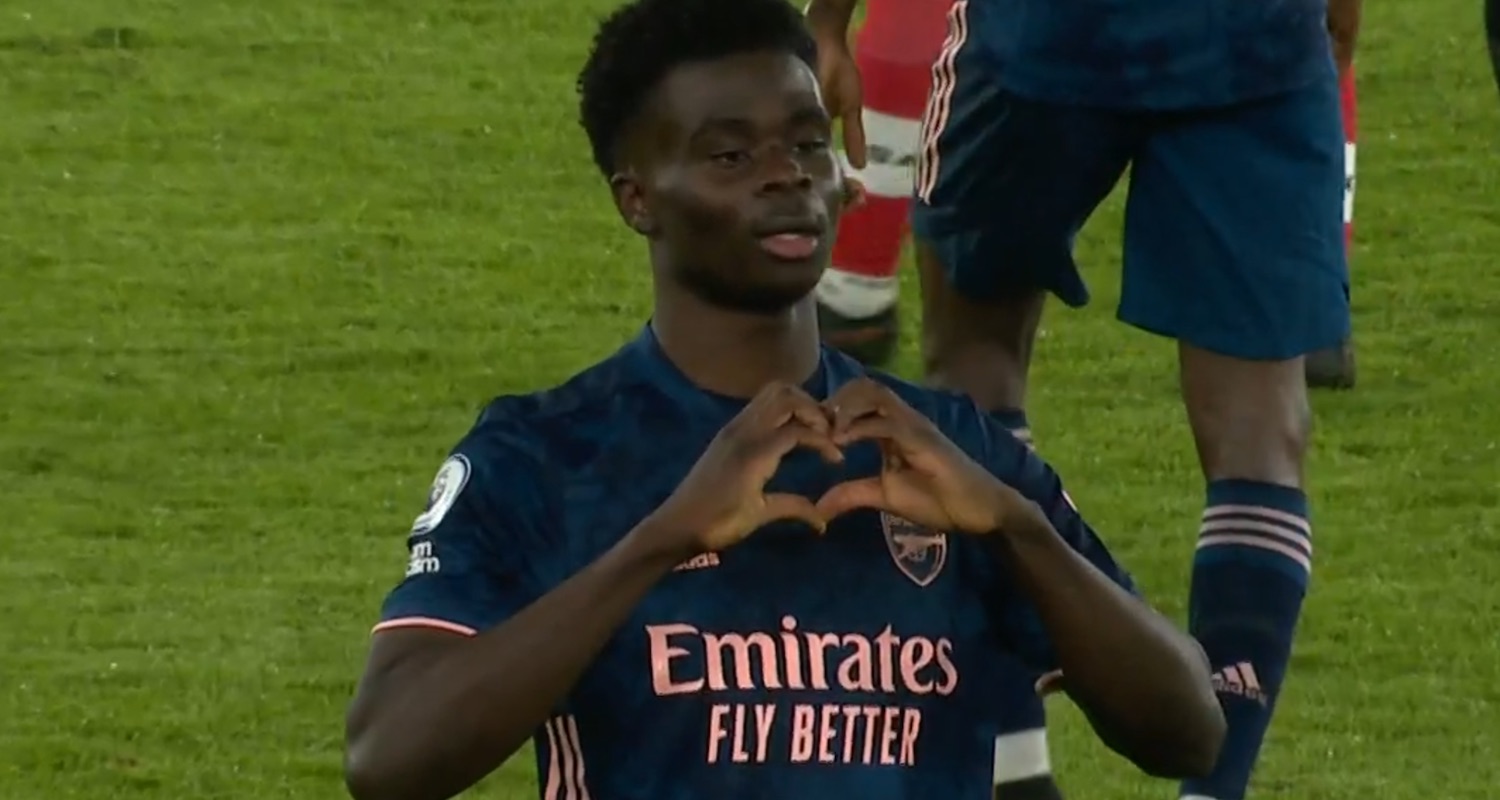 One of the (many) issues we’ve faced this season is not starting games strongly. Last night, we created a glorious chance in the first minute when Alexandre Lacazette was put through by Granit Xhaka with just the keeper to beat. He should have scored, the underside of McCarthy’s knee got in the way, but it was promising to see us begin a match with such intent.

Less promising the goal we conceded. Pepe was caught on his heels, perhaps distracted by a late run across him, but he didn’t get close enough to Armstrong and he connected well with the Ward-Prowse corner. Instead of being 1-0 up we were 1-0 down, and for a team which doesn’t often make the most of first halves, that was a worry.

However, Xhaka had taken a handful of Prime Petit tablets, and again a perfect through-ball created a big chance. Pepe would have been well within his rights to go down in the box – although I suspect that particular referee might not have been quick to point to the spot despite the foul – but he stood up well, held off the defender and finished well to make it 1-1. Southampton’s lead had lasted just five minutes. That was an excellent response to a doubly disappointing situation.

What followed was a example of the classic ‘entertaining half for neutrals’. Cedric sliced a shot just wide, and perhaps in the enjoyment of victory we might forget a period when Southampton were quite dangerous. Walcott shot wide after a great pass sliced open our defence (on the Luiz side); Ings got on the end of a free kick but didn’t really connect very well; Leno made a superb save from Adams; Armstrong curled one wide; Luiz almost gifted them a great chance with a poor pass, but Walcott’s final ball was poor; and the home side were causing us some problems.

We still looked dangerous in flashes though, Lacazette perhaps delaying a chance to play it square to Saka, but before the break the two combined to put Arsenal ahead. It began with Leno kicking long, Xhaka fed Laca whose first time pass to Saka was excellent and made more so by the sharpness of the movement. The 19 year old saw the keeper coming out, knocked it past him and then finished straight away with his right foot to make it 2-1. He made it look far simpler than it actually was, and we took the lead going into the break.

Looking at the stats this morning, my recollections of what we did in the second half versus what actually happened are somewhat at odds with each other. I felt like we played quite similarly to the first period, I didn’t feel hugely threatened by Southampton, but when you look at the numbers they don’t really show it.

We completed just 95 passes to Southampton’s 245. We had 22 attacking third passes to their 51; they had 5 shots, we had 4; they put in 12 crosses to our 3. Another statistical anomaly, if you want to put it like that, comes in the shape of Cedric who I thought had an excellent game at left-back, yet finished the match with just 55% pass completion, which is Kolasinac-esque. Yet my eyes told me a different story. We all know stats aren’t the be all and end all, but I thought this was interesting all the same.

We did start to sit deep, in fairness, and Leno had to block Ings who danced his way through the defence. I thought Martinelli would be a good option from the bench, and obviously Arteta thought so too as he was about to bring him on for Pepe, but Smith Rowe – struggling with an injury that kept him out of the FA Cup tie – had to come off. That meant a rethink, Pepe bizarrely got booked for time-wasting by going off slowly but as he never went off, it was all a bit odd, and Willian came on instead.

The third goal was really delicious. Cedric’s first-time, right footed, cross-field pass to Saka was perfect. The execution on the ball back across the box to Lacazette was in the same bracket, and the striker had the simple task of bundling the ball in from close range. It’s worth pointing out that Saka’s two big contributions came with his ‘wrong’ foot. I saw some concern expressed before the game that Pepe on the left might not be the right idea, but Saka’s form from the right is such that you just can’t move him.

As for Pepe, I think he had a really promising game. I was glad he kept his spot in the circumstances, the absence of Pierre-Emerick Aubameyang was probably beneficial to his chances of starting, but that early defensive lapse aside, he had a really strong performance. He got the goal, obviously, and there were flashes of his dribbling ability to give us forward drive. Not for the first time this season either, he was our outlet for long goal kicks from Leno, and he won 5 aerial duels. To put that in context, the next best for Arsenal was 3, and that was Rob Holding who had to deal with those situations at the back. Let’s hope he can build on it.

In midfield, the presence of Thomas Partey gives us another level of a calm and control. That moment where he emerged with the ball on the edge of our box when a clutch of Southampton players were bustling around him the perfect illustration of his assurance on the ball, and in pressure situations. It’s still early days, but it looks like there’s good balance to his partnership with Granit Xhaka.

Having gone out of the cup at the weekend, it was really important to bounce back, and while Arteta’s rotation was heavily criticised, it was justified to an extent by tonight’s result. That said, it does appear as if many of those decisions were enforced due to injury concerns. The manager said afterwards:

From Saturday, just to make it clear, we had five players who were not available to play. We made seven changes and five of them were because they were not ready to play the game. KT was one of them and Thomas was another, and you could see today that he could not last for 60 minutes, so we have to manage those players, to protect them. Sometimes they are not fit but I cannot explain every single day how every player is feeling.

And on Smith Rowe and Partey coming off, he told BT Sport:

The ones who played today, they were there to play some part of the game. We expect them to play 50 games a season, every game at that age, without a pre-season? It’s impossible and I’m not going to do that with the young players.

I know it’s frustrating when we see selections that don’t make sense to us on a purely footballing level, but there are so often issues that we’re completely unaware of that a manager has to contend with when he picks his team. It feels a bit like we’re nursing some players through aches and strains right now, so hopefully those key players can recover and play a part against United on Saturday.

Overall though, a really solid response to the weekend defeat. In Premier League terms it’s now 16 points from the last 18; 14 goals scored, just 2 conceded, and we’re up into the heady heights of 8th in the table. It’s been a good run, important too to build momentum as we head into what we’ve already identified as a very challenging run of fixtures, and it’s worth pointing out that last night was considered one of those. There’s still plenty to come, and to overcome, but we continue to move in the right direction for now, and that’s very pleasing.

We’ll have a quick Arsecast for you a bit later this morning, to chat about this game, the performance, and all the rest. Regular pod on Friday too.