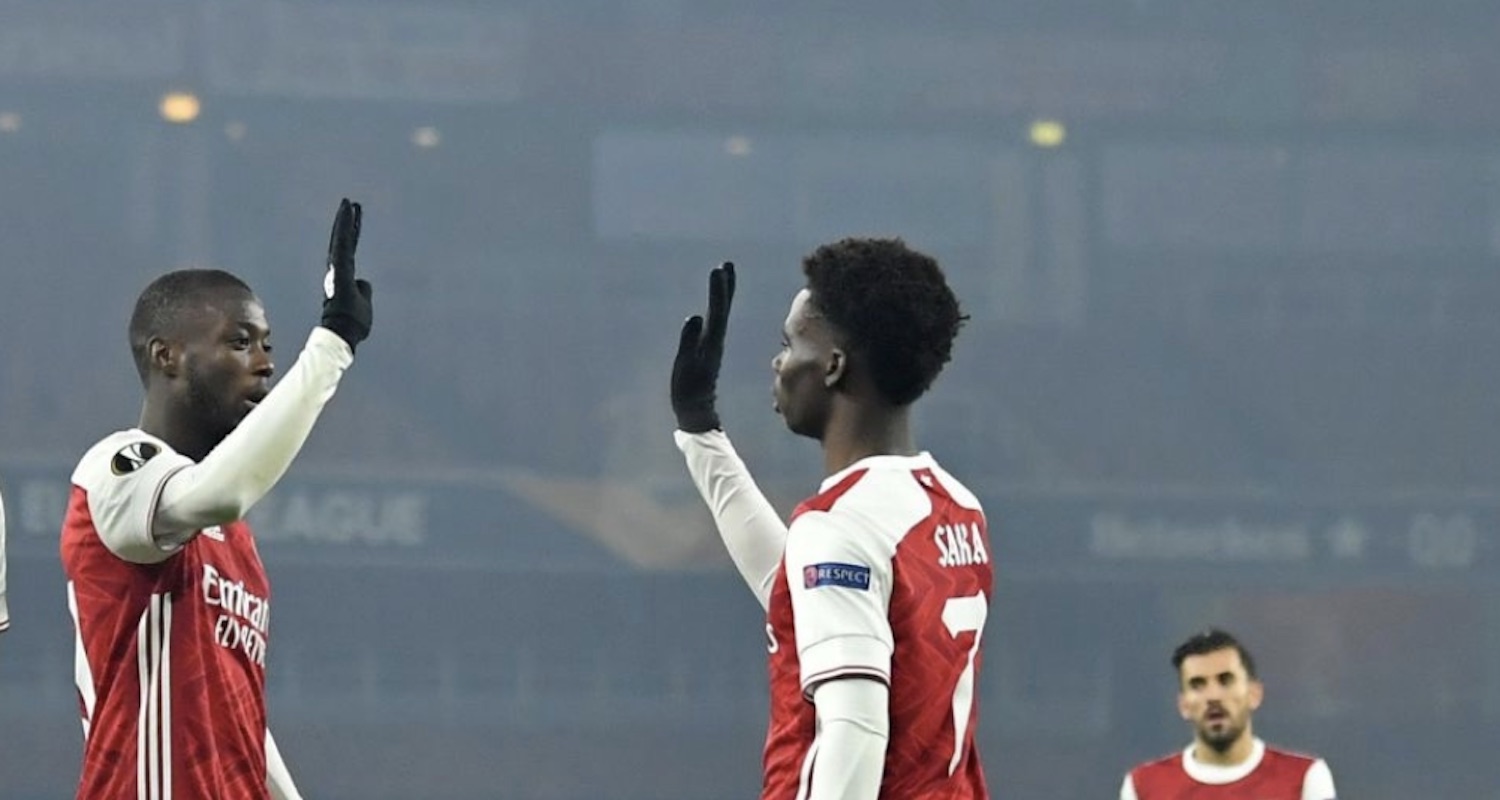 Morning all, welcome to a brand new week. When New Year’s Day falls on a Friday, it’s tough to start all that resolution/new leaf/live healthier and better stuff when there’s an entire weekend ahead. So, best of luck to anyone who is about to get that kind of thing underway. I’m one of them, so good luck to me, I guess.

As I mentioned, the fixture list over this festive period has been unusually benevolent, which is a bit strange considering the season started so late. In previous years we’ve had situations where we’ve played a game, had another one two days later, and the manager has been forced into team selections which he might not otherwise have made.

This time around, we’ve been able to play Emile Smith Rowe for three successive games, as well as give Gabriel Martinelli a rest. Next up is an FA Cup tie where I suspect we’ll see some rotation, to get some minutes into the legs of some ‘fringe’ players, such as Nicolas Pepe, now currently our third choice right winger. That’s a hell of an investment in a player whose role was previously carried out by the likes of Nicklas Bendtner and Emmanuel Eboue.

There is still a lot of football to play this season, and a lot can change very quickly, but Bukayo Saka’s brilliant performances out there have solved a problem for Mikel Arteta, and the fact he even threw on the raggedy old Willian when we were 4-0 up over West Brom doesn’t augur well for the Ivorian. He just feels like a player the manager has never been convinced by, and seeing what Saka is doing over there, and how much he contributes, his stock is falling further and further.

It feels nigh on inevitable that we might move him on in the summer (although that leaves us leaning more heavily on Willian than anyone would like), and how much of that £72m we can recoup makes for an interesting discussion. In this Covid-19 market, and with his increasingly fringe status, it’s hard to see any club out there who would come anywhere close to what we paid for him.

This is where, if Edu and Arteta have made that decision – or are at least open to it – they have to be smart. They might not see Pepe as a player for the project they’re building, but they need to be open to the idea he’s still someone who can contribute. So far this season he’s got eight goal involvements to his name (five goals and three assists), only Lacazette with his 9 goals has more. Yes, it’s a lot of Europa League for Pepe, but it does demonstrate he can produce. Ensuring that we retain as much value in him as possible is important, because if we’re going sell, we’ll be looking to keep our loss to a minimum, and just benching him week after week won’t help in that regard.

Who knows? The player himself might surprise us. Maybe he’ll find some form, start producing at Premier League level, but as long as Saka is fit he’s going to play more often than not and that leaves our record signing and the investment we made in him in a pretty difficult spot.

Another player whose stock had fallen but who has certainly returned to form, is Alexandre Lacazette. It’s 5 in his last 4 (4 in 3 in the Premier League), but he’s also someone over whom a decision has to be made in the summer. He’ll be into the last year of his contract, and if we’re going to rebuild, he’s a very obvious candidate for a sale – assuming he’d be inclined to go, and not do exactly what so many others have and see out their deals.

It’s something Arteta addressed after the West Brom win, saying:

We will talk in the summer and make a decision on what is going to happen. We haven’t talked about anything relating to his contract. I’m delighted with the way he is performing, the goals he is scoring and the form and energy he is in at the moment. He needs to keep doing that.

By June Lacazette will be 30, and if there was serious consideration being made to extend his deal, we’d be doing it right now. That we’re not suggests pretty clearly that we’ll be looking to move him on in the summer, take the money we can get, and use it as part of the rebuilding process.

I’m so curious to know what our plans our in this department, because there’s a lot going on with our strikers. Obviously we’ve invested a lot in 31 year old Aubameyang, and while Arteta has been favourable towards Eddie Nketiah in terms of game time, like Lacazette his contract goes into the final 12 months this summer. Has he done enough and shown enough to earn a new deal?

On the one hand, you could extend him to protect his value, keep him around and then sell him a season down the line? On the other you could make the decision this summer, and take what you can get for a player who has close to 60 first team appearances for Arsenal and 12 goals this name. When Liverpool can sell young strikers who have never scored for them for significant amounts, we should be able to get a decent fees.

I hear the cries of “BALOGUN!”, yet that situation is made complicated by the fact he and Eddie share the same agent. It doesn’t make it impossible to sort it out, but it does add a layer to negotiations when the same guy represents two players vying for the same position. And as much as I’ve liked what I’ve seen from Balogun this season – liked it a LOT – how ready is he for the amount of football he’d have to play if both Lacazette and Eddie departed?

Interesting times. It’s also interesting how three wins in a row enables us to look forward as far as the summer, rather than just the next game wondering how we’re going to get ourselves out of a hole.

Right, let’s leave it there for now. It’ll be a goodly morning as James and I will be recording an Arsecast Extra for you later. As ever if you have questions or topics for discussion, send to @gunnerblog and @arseblog on Twitter with the hashtag #arsecastextra – or if you’re on Arseblog Member on Patreon, leave your question in the #arsecast-extra-questions channel on our Discord server.