Home Arseblog, the arsenal blog Arsenal 3-0 Newcastle: You were only supposed to Smith Rowe the bloody... 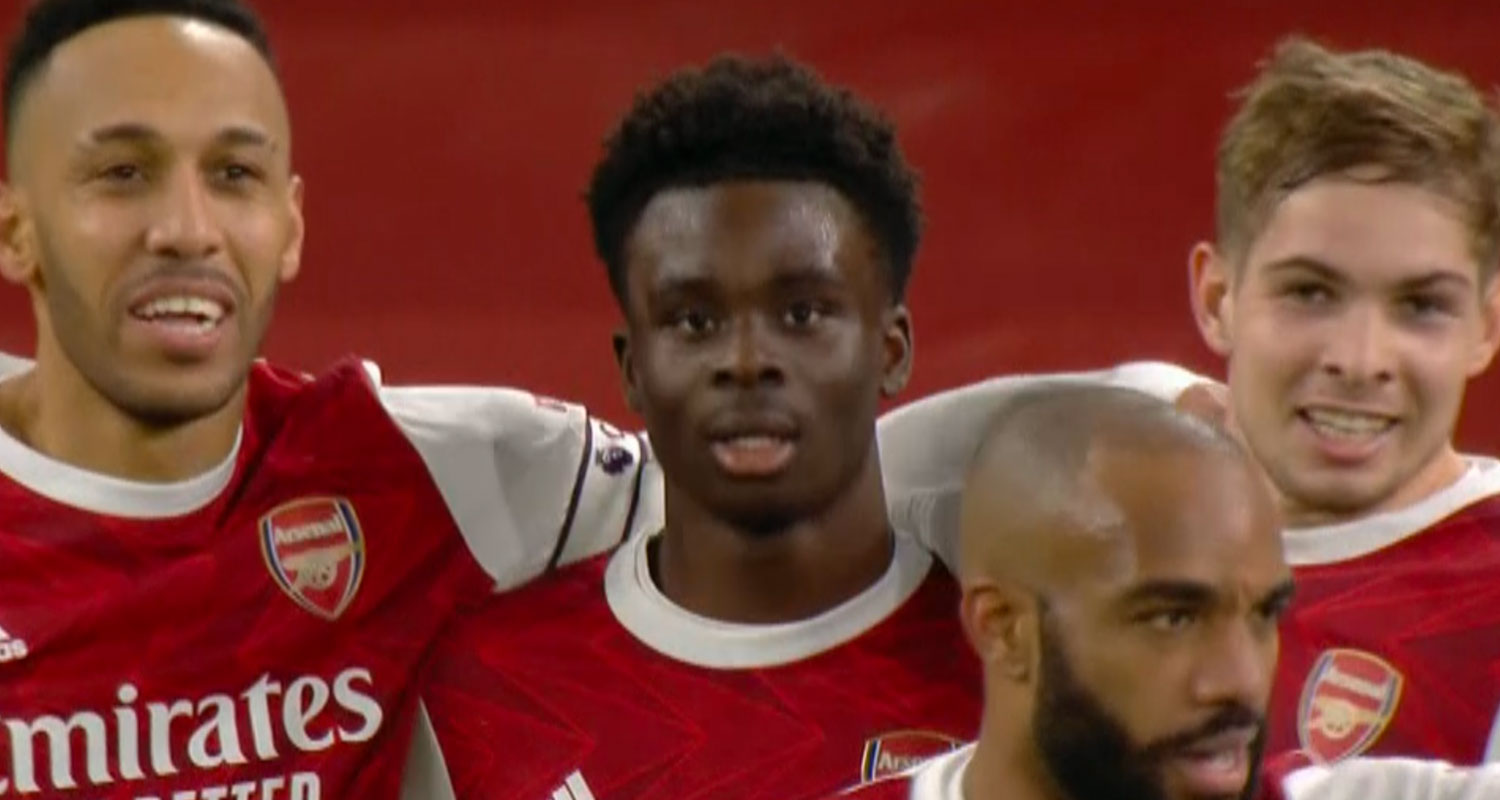 At half-time, going in 0-0, having drawn with Crystal Palace without scoring goal, and having seen Pierre-Emerick Aubameyang miss a couple of very presentable opportunities, it was hard not to wonder if it was going to be another one of those nights.

Newcastle, with their change of shape and Steve Bruce’s harsh words in their ears, were resolute and difficult to break down. For me the bright lights in that opening 45 were Emile Smith Rowe and Bukayo Saka whose combination presented the best chance for the captain. The latter’s low shot was saved well by Darlow, and while I recognise it all happened very fast and Aubameyang had to adjust at the last second to take a chance with his weaker foot, he’ll have been very disappointed not to score.

When Smith Rowe presented him with another good sight of goal which he leathered over the bar, I can’t say I wasn’t concerned. His shooting boots have been hard to find of late, and although part of his relatively barren run was because we weren’t creating chances for him, but these were good opportunities which he didn’t make the most of.

The second half was different though. Alexandre Lacazette set the tone, forcing a great save from the keeper, and it’s a shame there wasn’t an Arsenal player in there to pounce on the loose ball. Our reaction to an indifferent first half following a half-time ‘chat’ has been notable of late, which is good in one way, but perhaps we might look to be a bit more like it from the first whistle too.

The first goal came when Cedric won a defensive header, Lacazette played it first time to Thomas Partey, and with two touches he’d left his opponent twisted and then played a quick ball out to Aubameyang who had found space on the left hand side. He picked it up, drove towards goal with real intent, and having not made the most of a similar kind of position in the first period, he made sure this time. He took it into the box, opened up on his left foot, and smashed it home to make it 1-0.

Look too at the players in support. Lacazette, as the centre-forward, was charging up, but the two players closest to Aubameyang: Smith Rowe and Saka. So, it was only fitting that they should combine – again – to double the lead. And what a goal it was, a full-length of the pitch effort that began with Bernd Leno rolling it out to Partey, who gave it to Aubameyang. In support on the left, Smith Rowe took it on and watch the way he takes the ball into the box. His touches when he dribbles are just perfect, the ball is practically stuck to his foot. He looked up, saw Saka, played the pass and there was no mistake with the finish.

It’s difficult not to be excited by both of these players, because they’re on the wavelength of all their teammates, but it’s becoming apparent their own connection is a bit special too. According to Opta: “Emile Smith Rowe has assisted three of Bukayo Saka’s Premier League goals – they are the first English duo to combine for as many as three Premier League goals before either player has turned the age of 21.“

Smith Rowe could, and should have had another assist for Aubameyang, but under-hit his pass from the right hand side. He knew it too, but it was a rare moment where what he did failed. The rest of his game was just so impressive. He created four chances overall, he has three assists in his five Premier League games so far, and for me the most promising aspect to his performances is the maturity he shows in the non-attacking aspects of the game. From the first whistle he was buzzing around, coming back to cover space, and more than once his defensive contribution was to drop back in and nick the ball off an opponent when they had no idea there was anyone coming. That’s because players who nominally start in his position don’t often put in that kind of work, and it’s to his immense credit that he can combine that with consistent attacking efficiency.

His post-game interview showed a young man who is humble and keen to make the most of the chances he’s being given, and I think it’s fair to say he’s doing exactly that. You can’t put the team’s improvement down to his introduction alone, but he’s played a really solid part in it, and for me he was our man of the match last night – even with Aubameyang’s two goals, the second of which was created really well by Cedric who had a good game on his first Premier League start of the season.

It would be remiss not to mention Thomas Partey whose quality in midfield is just obvious. You just know when you’re watching a good player, someone who is a step above what we already have, and even after a lengthy absence when perhaps a little bit of rustiness would be understandable, his ‘presence’ (as Arteta noted afterwards) was on full display. Not simply the way he moved the ball quickly for the goal, which was obviously very pleasing, but his positioning, his coolness under pressure, and intelligence in that area of the pitch is a marked upgrade to this team. His substitution was pleasingly sensible, but he did plenty in those 67 minutes to offer real encouragement as to what he can bring to this side.

A quick word too for Rob Holding at the back who didn’t have a huge amount to do, but I thought he played with a kind of presence that was interesting. He was second only to Granit Xhaka in terms of passes, and when you have a ball hog like David Luiz outside you – again playing the game at his own pace – it perhaps illustrates a growing confidence in him from his teammates who are happier to see him on the ball than the Brazilian.

All in all though, a good night, another three points, and it’s now five clean sheets in a row. The Palace game was disappointing, obviously, but we’ve taken 13 of 15 points in the Premier League which is a decent return from this run of fixtures. Given where we were, I don’t think anyone would have turned that down if it were offered beforehand. Clearly there’s still plenty to do but going into this run of more difficult games, we’ve done plenty to restore confidence, start scoring goals again, and add some defensive stability – so hopefully we can use this platform in the weeks to come.

Right, let’s leave it there for now. James and I will be recording an Arsecast Extra for you this morning. As ever if you have questions or topics for discussion, send to @gunnerblog and @arseblog on Twitter with the hashtag #arsecastextra – or if you’re on Arseblog Member on Patreon, leave your question in the #arsecast-extra-questions channel on our Discord server.

Pod will be out before lunch, until then.