Home Arseblog, the arsenal blog Dundalk 2-4 Arsenal: Goal by goal as the youngsters catch the eye... 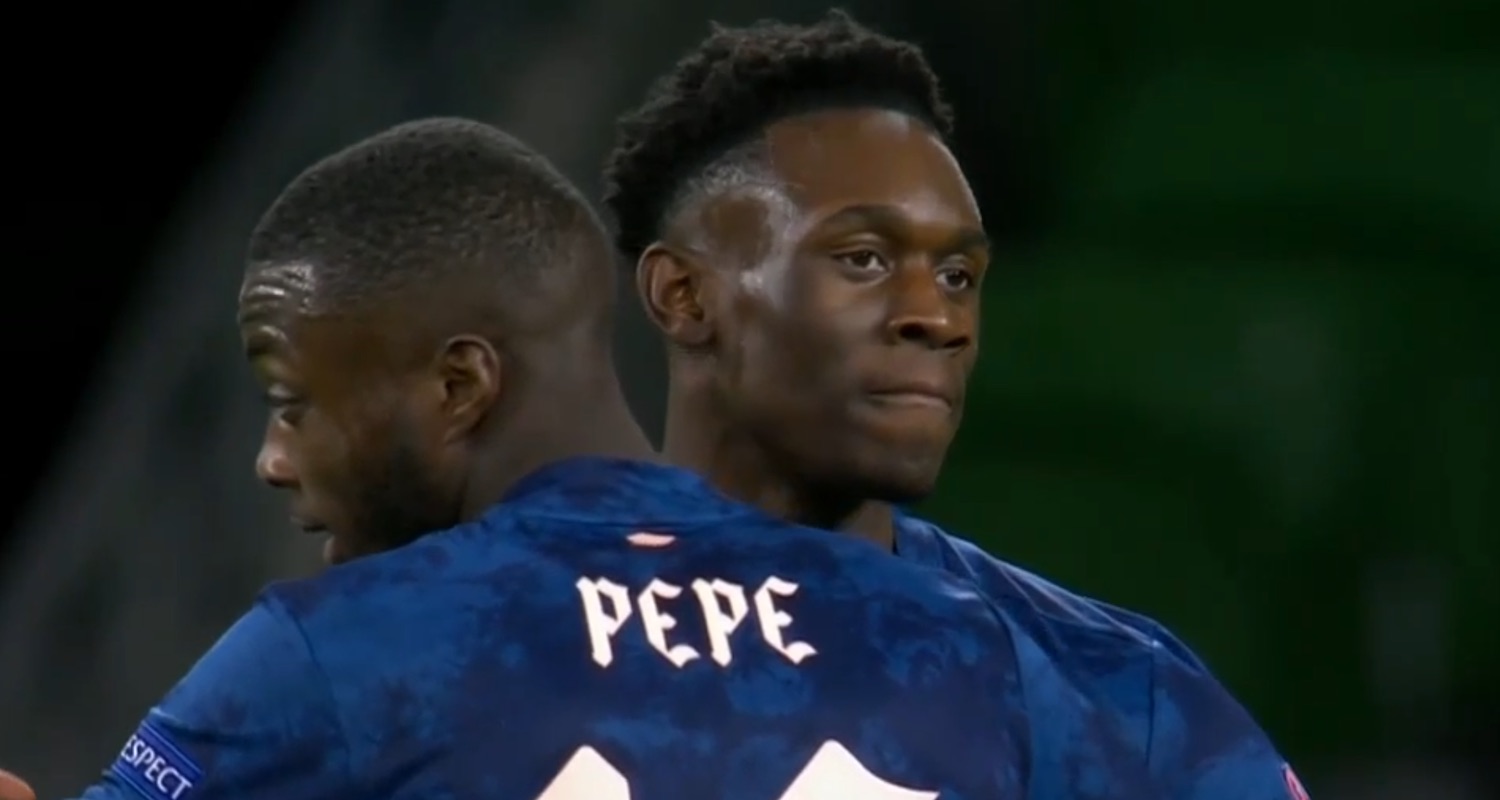 Arsenal made it six wins from six in the Europa League group stage with a 4-2 win over Dundalk in Dublin last night.

There’s not a lot to analyse in terms of the overall performance, but we did score four times so let’s, in these barren times in front of goal, look at those as a way of going through the game.

Persistence paid off as he closed down the defender and I think there’s a lot to like about the dinked finish. That was his fifth goal of the season, and it made him our top scorer so far this campaign. I realise that says a lot about the problems we’re having scoring at Premier League level, but fair play to Nketiah, he can only put them away when the chances come, and this one was very much of his own making.

The minute I saw the ball fly into the top corner from 30 yards, hit by a midfielder who rarely scores, I was instantly reminded of another Arsenal goal. Mathieu Flamini against Newcastle, who did almost the exact same thing while possessing the same level of goalscoring ability as Mobile Mo.

I think Elneny started to get some minutes into his legs, and his withdrawal around the hour mark suggests he’s in contention for the weekend. It’s not that he’s the man to save our midfield, it’s more about who he’s not.

The ball broke kindly to the Dundalk midfielder, he hit it well – and he has some form for that – but I don’t think Alex Runarsson covered himself in glory either. He genuinely looks pretty good with his feet, calm in possession and so on, but goalkeepers need to be good with their hands and arms, and his look a bit suspect from what we’ve seen so far.

Joe loves a goal in the Europa League, that was his third in this tournament this season, but it owes plenty to substitute Folarin Balogun who held the ball up well to provide a good pass inside the box. Willock’s first touch was good, he made space for the shot and it was too hot for the keeper to hold. Overall not his best night, but a midfielder who scores is a rare thing at Arsenal these days.

Nicolas Pepe had a poor night in general, against opposition you’d expect him to dominate, but he picked up an assist for the young striker whose finish into the bottom corner was as confident and assured as any seasoned pro.

There’s very clearly something there when you see the 19 year old play. He’s got presence up front, the ball sticks with him when it arrives, and on a difficult pitch when more experienced players found it hard to make that happen, that really stood out for me.

The question of his future came up in the post-match press conference. Mikel Arteta said:

“We want him to stay and he told me he wants to stay at the club so hopefully we can reach an agreement and extend his contract.”

There’s always a tendency, especially in somewhat dark times, to project onto up and coming youth players messiah-like qualities that we feel we’re missing elsewhere, but there’s no doubt this guy has something about him and we need Arsenal find out for sure what it is and to what level, not some other club.

Sometimes you get a sense when you see a young player take an opportunity they’ve got a bit extra, something different from other talented youth prospects, and he’s one of those players for me.

A decent header, not sure the defending from Pablo Mari was that great (although you could be kind and suggest he was tired late in the game having been out for so long), and again I’d worry about the slow reaction from the keeper and his lack of stretch.

Reminds me too much of David Ospina – Icespina, if you will.

Congratulations to youngsters Ben Cottrell and Miguel Azeez who both made their debuts last night too. The latter, in particular, caught the eye, not least because of this – dare I say – Fabregas-esque turn in midfield.

I also really liked Emile Smith Rowe who, as early as the second minute, picked up the ball, turned and went forward with it. FORWARD. He combined well with Ainsley Maitland-Niles who played well again and can’t do much more to knock on the door for the so-called ‘first’ team, especially when some of the players getting the nod at the weekends have been so disappointing.

The scant promise so far this season has come from the young players, and the question is about finding the balance when it comes to integrating some of them with greater frequency. Yes, there might be the risk that their inexperience costs you at some point, but when your experienced players are costing you anyway, at least there’s the potential that the new lads might actually learn and not just repeat the same mistakes and demonstrate the same flaws over and over.

I get that it’s tough, you probably can’t just throw a load of them in against Burnley, but we’ve got to do something. We’re 15th, we can’t score, and we’re quite predictable in terms of how we play. An injection of young energy might be very useful, even if it’s from the bench. Who knows, it might put a rocket up the arses of one or two who feel way too comfortable with their starting positions week in, week out.

Anyway, that’s something we’ll discuss on the Arsecast, recording a bit later this morning and available before lunch, and as ever we’ll have a Burnley preview podcast for Patreon Members at some point this afternoon.