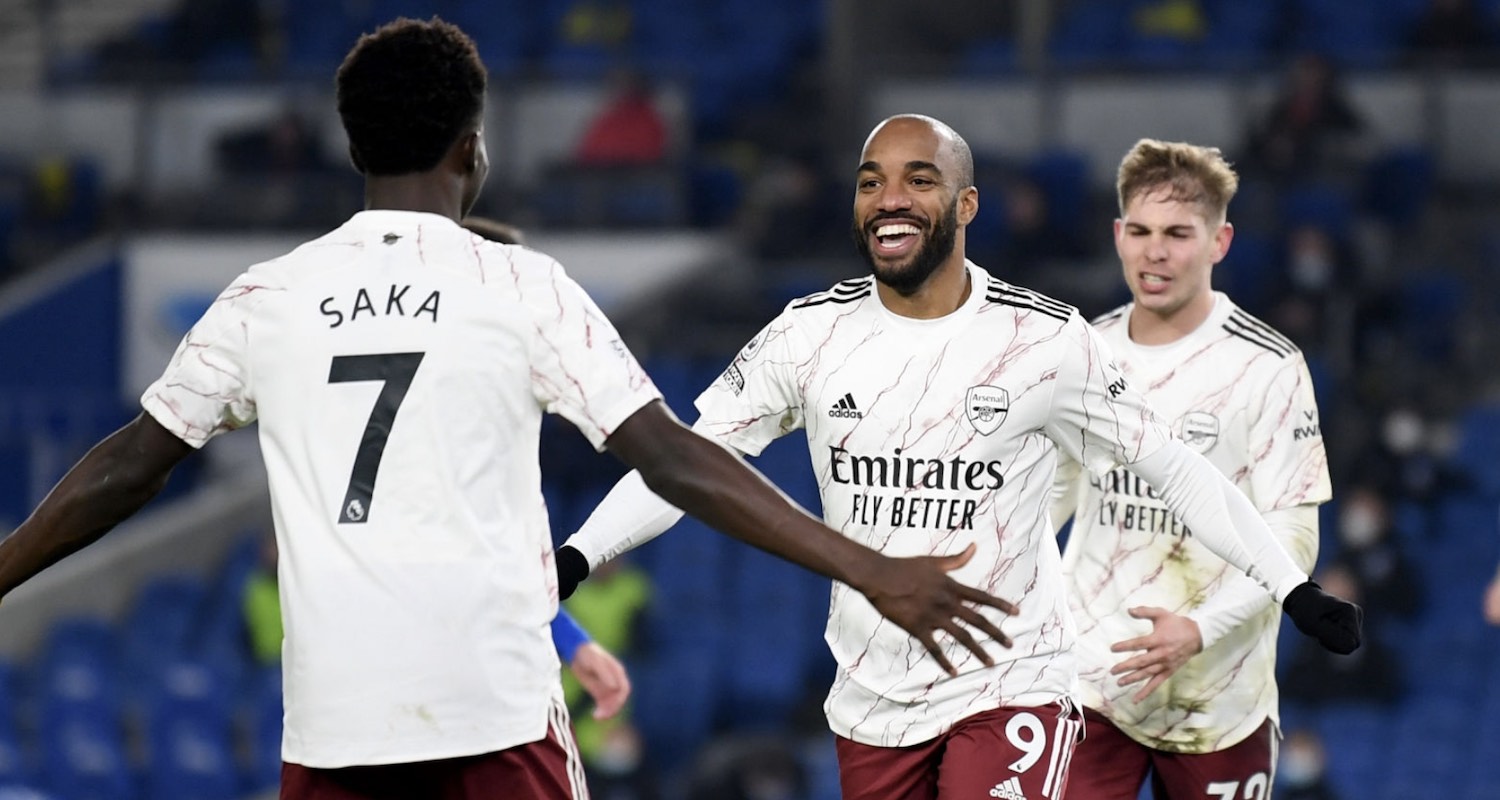 Arsenal saw out 2020 with a win. Goodbye vile annum. Brighton, as Andrew Allen rightly pointed out in yesterday’s blog, have been a substantial pain in our arse in recent times, so this was never going to be easy.

Mikel Arteta made one change from the team which beat Chelsea. Alexandre Lacazette’s performance merited a start in this one, but some soreness in his back meant he couldn’t, and Pierre-Emerick Aubameyang came in.

The less said about the first half the better. It was, frankly, dismal. Our only attempt on goal came via a Granit Xhaka free kick, and our football was nothing like it was on Saturday. We were slow, sluggish, and lord help me if I didn’t shout at the TV a few times as we did that backwards thing we do far too often. The dogs looked at me bemused.

The second was much better. Maybe we needed the first 45 minutes to warm up properly. Maybe Arteta’s half-time team talk spurred them into action. Maybe we just couldn’t have been any less shit and nature took its course. Whatever the reason, we looked different. We played with a bit of zip, moved the ball forward and all of a sudden their defence was under pressure.

There was an early chance for Aubameyang which looked somewhere between a bad miss and a good save. The captain didn’t really look his best last night, if I was being kind I’d say it’s poor form + recent injury, but that’s the kind of chance we all want to see him get and I think he should have scored. Then Martinelli curled one not far over the bar after superb work from Emile Smith Rowe; more of the game was being played in their half and towards their final third.

What about this from James?

After all the Christmas foods and drinks, I wouldn’t trust a thing my gut said, so fair play.

The Frenchman came on for Martinelli (a decent switch, I thought), and within a minute had scored. Huge credit has to go to Bukayo Saka though. He dropped deep into midfield to pick up a pass from Rob Holding, held it up against the giant man who was stuck to him like some kind of colossal limpet, turned and then burst forward with the ball to just inside their box. He squared it for Lacazette who took the kind of touch that has seen chances get away from him of late, but this time it opened up well and his finish inside the near post was excellent.

What more can we say about how good Saka is? Like all of you, I’m sure, I was very worried when he took a kick late on, and I was heartened to see him laughing on the bench after his substitution. I was also heartened by the fact we took him off so quickly. I know he came back on after some treatment, but there was no messing around. Ceballos had been waiting to come on for Smith Rowe, but he went on for Saka pretty much straight away.

Saka’s contribution, that turn and run, that desire to get forward, was ultimately the difference between the two sides (along with Laca’s smart finish). Arteta has spoken a lot about fine margins of late, and I get it, but those margins become a bit less fine when you have players with the ability of the 19 year old. Players who will take responsibility and work hard to showcase their talent for the good of the team.

The goal didn’t open the floodgates or anything like that, but we pretty much contained any Brighton threat. Bernd Leno didn’t have a lot to do in terms of shot stopping, but I thought he was as commanding as I’ve ever seen him from crosses and set-pieces. Smith Rowe was very good again, like Saka he has both the talent and the character to do it at this level, and it was pleasing to see him start again.

I said last week that the best medicine against any illness in football is to win football matches. We’ve done it with two in a row in a really different way because they are two very different opponents, but I think we did it today in a convincing way.

I’m not sure I’m 100% in agreement it was convincing, 1-0 is never really that, but I don’t feel the need to argue too much after we’ve won two successive Premier League games for the first time since the opening two games of the season. I’m fully on board with the medicine angle though. Winning makes everything feel better.

Does it mean we’re a great football team again? Absolutely not. There’s still a lot of work to do, but you can see how it might be done when you’ve got three points in your back pocket. When the results are bad, the clouds are so thick it’s hard to see any way things might improve. We’re still in 13th, firmly ensconced in mid-table, but the gap to 5th is just 6 points. We can, tentatively, start looking up the league rather than over our shoulders.

After the run we’ve been on, sometimes you have to dig out a result, and that’s what this was. Against a team who have been problematic for us too. They beat us on two of our last three visits there, and the other game was a draw. So, while I think we can obviously still improve, let’s take this as another small step forward, and start thinking about the next game – West Brom on Saturday.

Right, I’ll leave it there for now. James and I will be recording an extra Arsecast (not an Arsecast Extra) for you a bit later on, so that should hit your podcast apps around mid-morning.