Home Arseblog, the arsenal blog Arteta on Saliba, Nelson, and Auba up top as Dundalk come to... 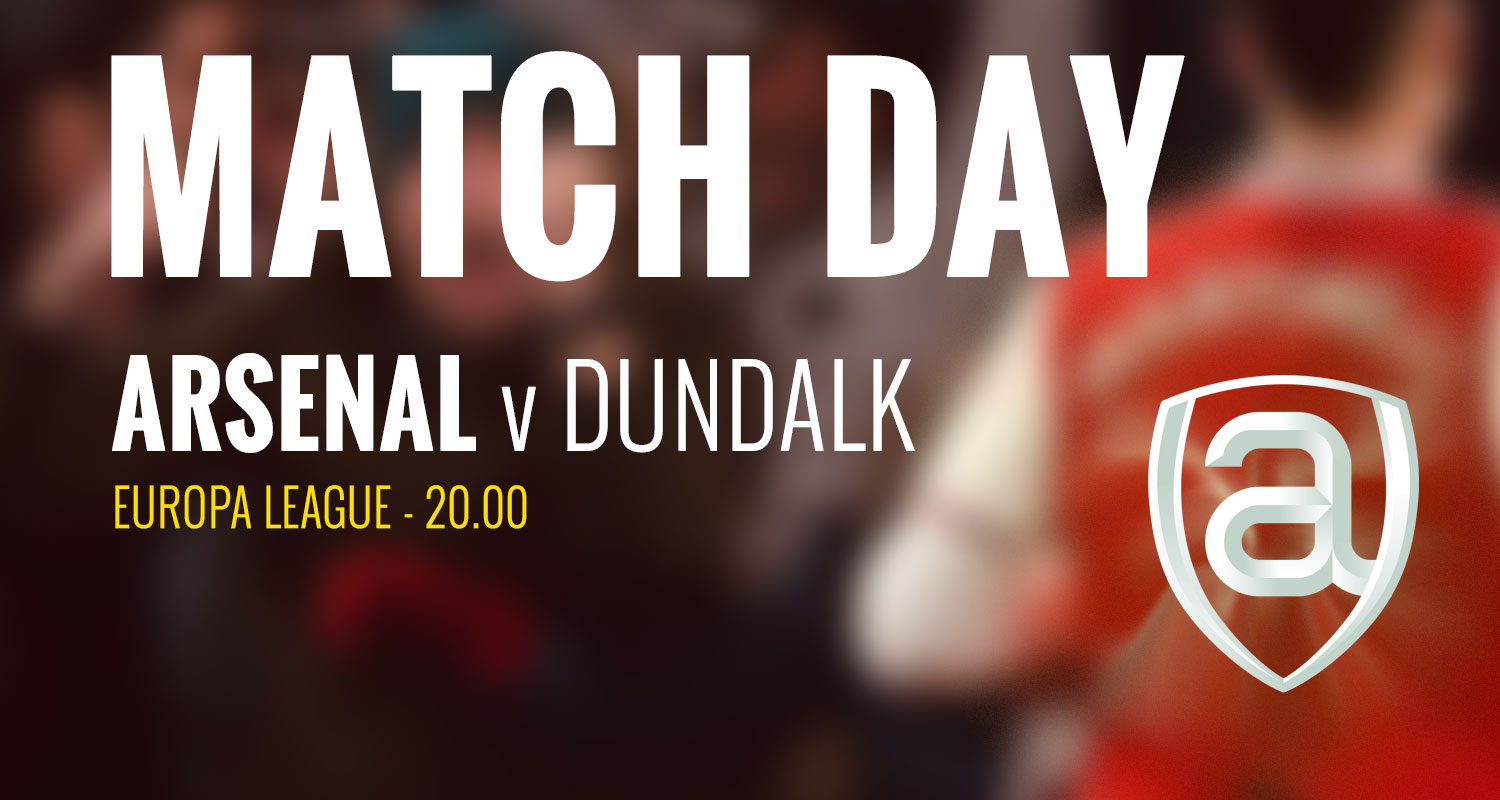 It’s Europa League action tonight as we face Dundalk at the Emirates. Given the obvious gulf in quality between the Premier League and the League of Ireland, this is a game that Arsenal will be expected to win comfortably, even if you can nothing for granted with this team these days.

Mikel Arteta is likely to rotate considerably for this one, but does have a bit of an issue at centre-half where the only two fit and available players are Shkodran Mustafi and Gabriel. For the former, it’s a chance to regain some match fitness having been out for such a long time with his hamstring injury, but with David Luiz, Rob Holding, Pablo Mari and Calum Chambers all injured, and Sokratis and William Saliba ineligible, he’s got to think very carefully about using the Brazilian this evening.

It’s weighing on his mind, for sure, and he said pre-game:

Obviously in the last ten days we’ve had a lot of issues at the back with the central defenders. We have to be cautious that we manage that position very carefully, because if we lose another one then in big trouble.

So, of course we have to keep an eye on how we’re going to manage the squad in the next two or three games.

Even if the options we have are imperfect, using Sead Kolasinac as a centre-half for example, or even someone like Mohamed Elneny who has played there before, it’d be preferable to risking a player who will be vital for Sunday’s visit to Old Trafford. We have more midfield solutions so shifting someone like Elneny, or even Xhaka, back there would be a reasonable solution in the circumstances.

I know we could all give countless examples of things that are so very Arsenal, but having eight central defenders and only two to call on is certainly one of them. The fact that this game would have been perfect for William Saliba – yet to make his full debut – adds another layer to this, and I think perhaps we’ve been a little unfortunate here. He was expected to go out on loan, back to Saint-Etienne, and then Pablo Mari suffered a setback meaning his return has been delayed.

From everything Mikel Arteta has said about the 19 year old, it sounds as if he’s not quite convinced of his readiness (and I think the fact we were willing to let him play somewhere else for another full season is very much an indication of that). However, he sounded rueful about his absence from the squad this evening, and a bit more positive about him in general:

He is in a much better place, he’s feeling more confident around the place. His language is improving, he’s starting to understand much better what we’re doing to do physically.

He’s played a few games with the under-23s as well, which he needed because he hadn’t played any football in the last seven or eight months.

I think things are progressively getting better and better.

Considering all the other issues, there’s the outside chance he could make the bench for Sunday, which would be quite the introduction. Back to tonight though, and this feels like a game where we should make full use of our Academy graduates. Arteta spoke about Reiss Nelson and the lack of minutes he’s had this season, and there’s a good case to be made for his inclusion this evening. The likes of Joe Willock, Ainsley Maitland-Niles, and even Emile Smith Rowe could feature, and I suspect we’ll see Eddie Nketiah start up front.

Bukayo Saka is fit, having been taken off in the defeat by Leicester at the weekend, but according to the manager it was just ‘a kick’ and he’s been training as normal. Ideally though, he’ll sit this one out completely (although I expect him to be on the bench), because he has simply become too important to play in games like this – with all due respect to the competition and the opposition.

Speaking of which, Dundalk’s head coach, Filippo Giovagnoli, was appointed by the club’s American owners in August, and doesn’t yet have the UEFA Pro Licence which would allow him to sit on the bench tonight. He came into the job from a youth academy position in New York, and having won the League of Ireland five times in the last six seasons, Dundalk finished third this time around. The champions, Shamrock Rovers, are currently managed by former Arsenal youngster Stephen Bradley.

If you’re interested in how they play and how they might set up this evening, this thread by our Visuals guru Dom Corrigan will give you some insight there:

So, a chance for some youngsters this evening, and let’s hope they can produce. As ever, we’ll have a live blog for you, and all the post-match stuff on Arseblog News.

Meanwhile, as Mikel Arteta acknowledged the need for improvement in our attacking play, something he says they are working on, there was some encouragement for those of us who would like see Pierre-Emerick Aubameyang up front. Speaking at his press conference yesterday, he said of the prospect:

Yes, that’s a very possible thing. It will depend on the games, it will depend on who he’s surrounded with. I think it’s very important to see who is around him and why we’re doing it.

I think the key part of this isn’t so much about Auba’s quality in that position, it’s obvious to anyone who watched him at Borussia Dortmund, but more about who else is in the side to provide him the service he needs when he plays there. It’s something Lewis Ambrose and I discussed in a bit more detail in an episode of the Tactics Podcast which is available to our Patreon Members. We also spoke about that, the importance of movement, Thomas Partey and his impact on the team’s set-up, and lots more. You can listen here, and if you’re not a member it’s just €5 per month to sign up.

Right, that’s your lot for this morning. Catch you later for the game, and we’ll have an Arsecast for you tomorrow to discuss it, and look ahead to United on Sunday.