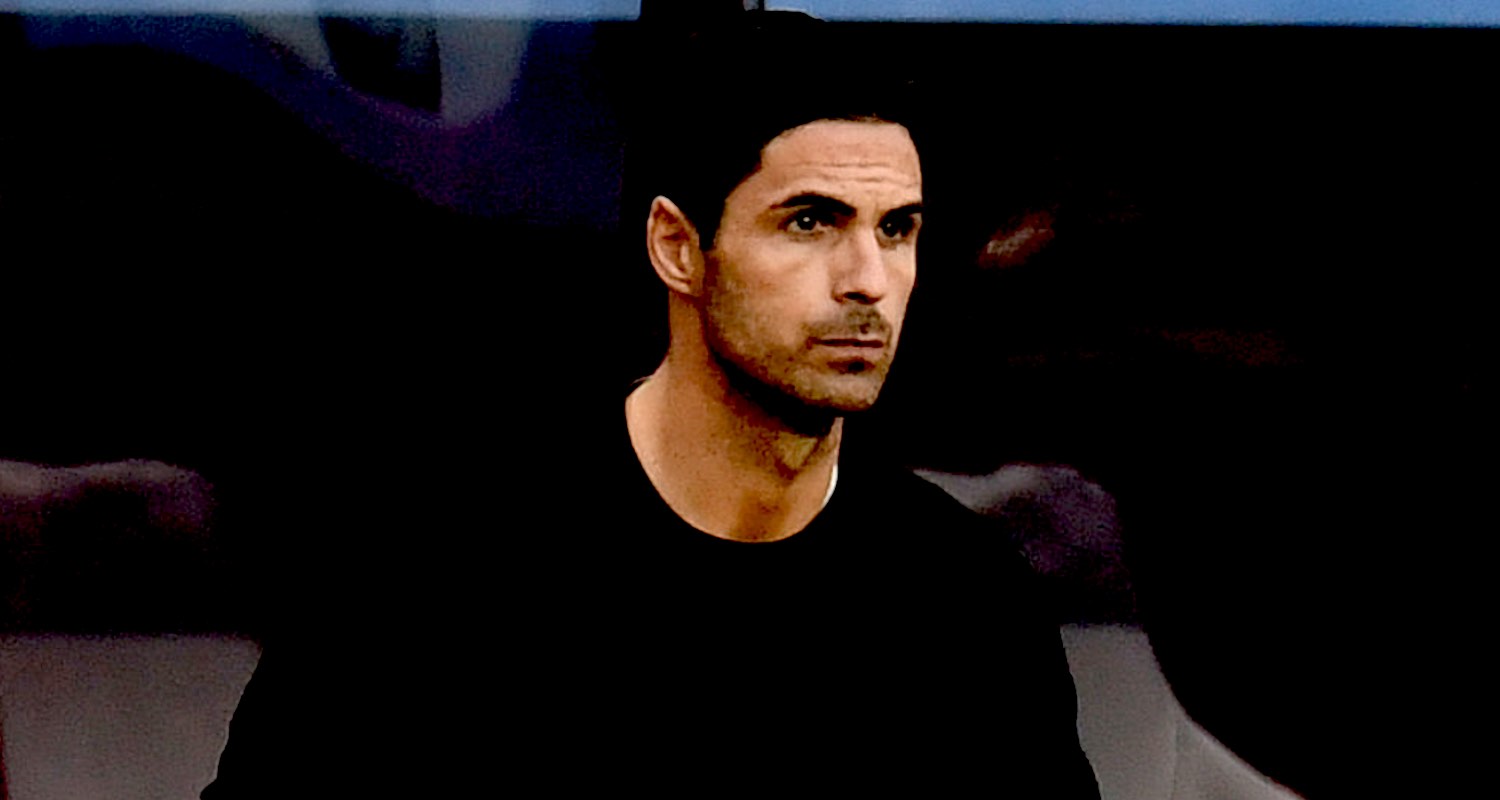 Morning all, the new season starts tomorrow, and on the eve of it Arsenal have announced a couple of significant changes – in job titles.

Mikel Arteta is now ‘First team manager’, while Vinai Venkatesham has been named ‘Chief Executive’. Regarding the latter, that’s a change from his previous as ‘Managing Director’, and provides a bit more clarity as to his ultimate responsibility. The focus will be on Arteta though, and to be perfectly honest it’s not a big surprise.

If you’ve read this site since he arrived, or listened to the podcast you’ll know I think he’s been more than ‘Head coach’ from the start. It’s something Vinai acknowledged, saying:

He is doing a great job of coaching the first team and that’s his primary responsibility, but there is so much more that he can bring and that’s why we’re making this change, in recognition of his capabilities and also the job that he’s doing already.

When Arsene Wenger left, the plan to move away from the all-powerful man at the top to a more modern structure was one which made a lot of sense. However, the idea was a lot better than the execution, with all three men – Ivan Gazidis, Sven Mislintat and Raul Sanllehi – now gone. They didn’t work together long, they didn’t work together well, and the fact that someone like Sanllehi became the most powerful football figure at the club was genuinely a measure of how haphazard and ill thought out it all was. It’s not that he didn’t have particular skills, but he should never have been the one at the top of the ladder.

This new structure, with Arteta as manager, seems something of a throwback but it also feels right, it feels comfortable. Anyone who has heard him speak about what he wants to do with this job, his plans for the team and the club, and how he wants to do it all, can be under no illusions he already saw himself as more than just the head coach. He spoke and acted with the authority of a manager, and in the 9 months or so he’s been here – during one of the most challenging times in the club’s history – he has become the figurehead.

For a young manager in his first job, he has commanded and earned the respect of his players, and from young to experienced added winners medals to their careers (most of them anyway). Many people had understandable doubts about his appointment, particularly during a tough time when you could easily have made a strong case for a more seasoned manager. On this, credit has to be given to the club for being brave and taking a chance when I’m sure they had plenty of other options.

‘There is still work to do’ could well be our new club motto, but you go a long way to convincing people you are the right man when you lead your team to tangible success in the first few months of your career. The FA Cup is not the height of our ambitions, but in the context of last season it was a fantastic achievement, all things considered.

Arteta is due to speak to the press today, and obviously it will be fascinating to hear his thoughts on this. I suspect, amid talk of pride and honour at the position, it will be a bit matter of fact from his perspective. This is the job he felt he was doing anyway, it’s now been reflected by the amended title, but his focus will be on what happens on the pitch – starting on Saturday with Fulham.

His relationship with Edu, described by the Technical Director as something he is ‘very comfortable’ with, will be hugely important. Vinai says:

Going forward Mikel will join a really strong team with Edu and they’ll be working really, really closely together to manage all the other elements of our football operations that are so important, whether that is analysis, recruitment, high performance or medical, they’ll be looking after those areas together.

Vinai was asked about relationships with agents, and said it would be a ‘crazy strategy’ for the club’s recruitment policy to be overly-tied to any one particular agent, but then some would say sacking your Head of Football just as the most difficult transfer window in history opens might also be considered ‘crazy’. Understandably, there’s a need to say the right things, we can all see why that would be the case and why the best thing is to play it all down, but at the same time we could also see some of the goings-on at executive level didn’t paint a particularly professional picture.  What is unquestionably positive is that it’s no longer such a public issue. Of course we still have to deal with agents, but the cosy, Directors Box nonsense will stop – rightly so.

There have been questions about Edu and his role over the last few months, and he’s addressed those, talking about greater use of StatDNA in recruitment – which is necessary because of the changes to the scouting department – and his alignment with Arteta when it comes to the football decisions. He says he’s going to work with him, alongside him, but does highlight the seniority of his role in The Athletic (£), saying:

What I would like from now is that everything related to football has to come through me. All the contacts, agents, internally, externally, people outside Arsenal, have to see me — and my name — as the first one to call or connect to. It is important because sometimes they feel unclear about it. To be clear and open that is how we are going to operate.

What’s interesting to me is that Arsenal are currently navigating this current transfer window with a team of relatively inexperienced people/executives. Arteta is in his first job; Edu is not traditionally the guy who would get his hands dirty on the coal face of purchases and sales; wnd Vinai, whose background is commercial and business, more or less states none of this will be in his remit (beyond the board level involvement required as things progress). Huss Fahmy is a contracts guy, not really a negotiator, and at a time when we are struggling to move players on, I do wonder if this is an area we might make a addition to down the line. Somebody on Twitter (apologies, I can’t find the Tweet now), suggested to me that Arsenal could do with a Head of Sales (players), and while it sounds a bit daft, you could see how there might be room for such a specialised role – particularly at a time when it’s more challenging than ever to move players on.

Ultimately, the proof of the pudding will be in the eating. How this season plays out. How Arteta’s influence continues to grow, first and foremost with what he can get this team producing on the pitch on a consistent basis. How we build a squad during an incredibly tricky time financially and in a market which nobody has ever really encountered before. How he continues to transmit his messages to the squad and to the fans.

Our first iteration of a post-Wenger Arsenal ultimately didn’t work. The Emery/Sanllehi period might well be seen as something we had to wade through to get past some shit and come out the other side. There are no guarantees in football, nobody can sit here this morning and make assurances that this is going to work, but all I can tell you is I feel more confident about Arsenal with Arteta at the helm than I did the previous man and the previous set-up.

If we’re putting in place the kind of structures he feels he needs to do his job to the best of his ability, it’s a recognition of his talent and potential. We’ve seen some evidence of that in his first half a season, we need to see more of it throughout the upcoming campaign – and I don’t think it’s wrong to point out we still have plenty to do to extricate ourselves fully from the mess we got ourselves into. I don’t think this is a quick fix, but Arteta clearly has a long-term plan.

His new title reflects his importance in implementing that, so this morning I wish the very best of luck of Mikel Arteta, Arsenal manager.

Ahead of the new season we have two podcasts for you. First up, Episode 595 – a season preview pod with Amy Lawrence, Charles Watts, Lewis Ambrose, Tim Stillman, and James. I ask them all the same questions about the state of the squad, transfers, hopes for the new season and much more.

Secondly, Episode 596 in which I chat to Ken Early of Second Captains about football in the Covid world we live in, the upcoming season, with some focus on other clubs as well as Arsenal.

Finally, apologies for the late publication today. We had some technical issues which are now sorted.

Press conference news over on Arseblog News throughout the day. More here later with our Season 2020-21 preview!