Home Arseblog, the arsenal blog Martinelli injury update + how recruitment has to change 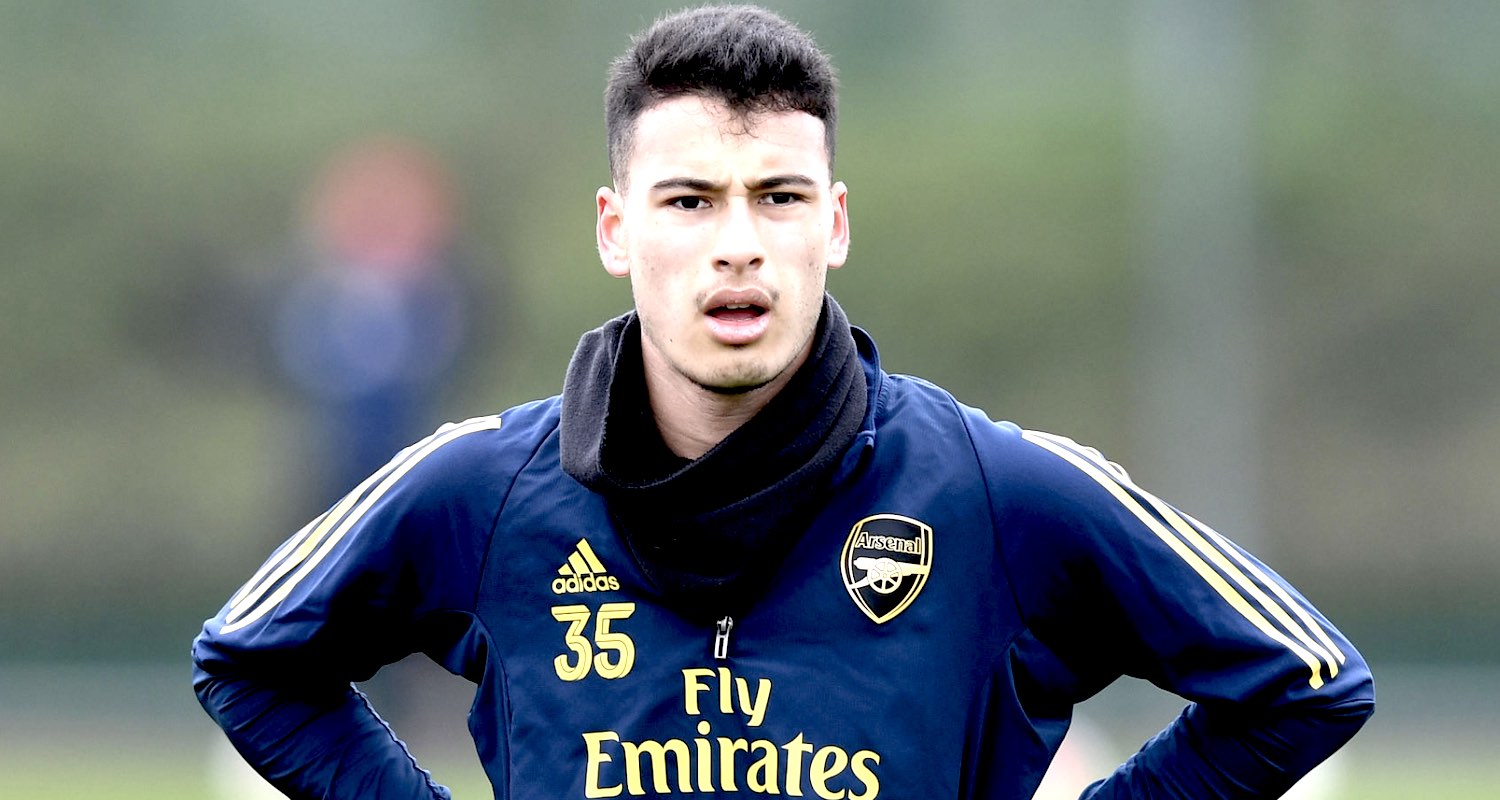 Good morning folks, welcome to Friday. It hasn’t started particularly well for me, because my iMac is giving me a nasty stop symbol and I think my hard drive is absolutely banjaxed – which is obviously a pain the arse. I do have a Time Machine back-up, but nothing to restore it to. A day of tech support awaits.

Let’s start this morning with the bad news that came out last night regarding Gabriel Martinelli. We knew the injury he had was bad, but not perhaps the full extent of it and how long he’ll be out for. The long and the short of it is that he’s had surgery to ‘repair a lesion in the cartilage of the left knee’, and isn’t expected to return to full training until the end of 2020. Realistically, it’s going to be next year before he plays for us again.

With so many other issues regarding our forwards this summer, this is another complication. First and foremost, it’s a blow for Martinelli on a personal level, but it leaves Mikel Arteta with some thinking to do when it comes to his squad for next season. Although the young Brazilian hadn’t been used that much, he is highly rated and I think he would have had a big part to play in the upcoming campaign. His new contract is an indication of how well he is regarded.

His potential is such that when you’re planning how to deal with his absence, you need to be conscious of maintaining a pathway to first team football for him. So, you could make an argument that a short-term signing – let’s say someone … I dunno … like Willian – might make some sense. He’s Premier League ready, he’s out of contract at Chelsea and available on a free, and he’s at an age where he’s not going to be around for years and years. The word ‘free’ is a bit of a misnomer though, because he’d be looking for a pretty substantial contract with a pretty substantial signing on fee, and that’s a lot of resources for a club with limited money to commit to a player who is 32 next month (until then though etc etc).

I’ve also seen stories linking us with a loan move for Philippe Coutinho. Far from my favourite player, I should say, and someone who has been massively overrated down the years, but you could see how – in this current squad – he’d give us something we don’t really have (or that we’re willing to use anyway). Barcelona want his very substantial wages off their books, and he spent last year on loan at Bayern Munich where he did fine.

The German champions paid a reported loan fee of £7.5m for him, plus his wages. I don’t know exactly how much he’s being paid, but when you’re a £140m signing (what were they thinking?!), chances are your salary is commensurate with that. I’ve seen reports putting his wages above £200,000 a week – but let’s imagine Arsenal were ‘only’ willing to pay £150,000 a week with Barcelona sucking up the rest. Let’s also imagine we got a discount on the loan fee so it’s ‘only’ £5m. That’s still an investment of £13m for a player for one season – oh, assuming there aren’t any ancillary agent/intermediary fees to be paid too (which there almost certainly would be).

By the way, it’s just a coincidence that the two players I’ve mentioned here and who have been heavily linked with us for weeks are represented by Kia Joorabchian. Although I did enjoy a report in the Mirror yesterday which stated that the agent ‘is keen on taking Willian and Philippe Coutinho to the Emirates’, as if he was some kind of Arsenal employee.

Here’s the balancing act though: as Mikel Arteta strongly urges Arsenal to improve the quality of the squad, you could see how two experienced players – leaving aside their representation – might contribute something to the team. But if your resources are so limited, can you afford to pay that kind of money for such short-term deals when, with smarter investment, you could use it on players who could spend years at the club?

I know there are probably countless similar examples, but Liverpool spent £8m on Andy Robertson from Hull. After years of comedy left-backs, they have one of the best in the business, and one who is worth a significant multiple of the fee they initially paid. Signing players from Hull isn’t glamorous, but it’s not about where they come from, it’s about how good they are (or how good you think they can become).

Arsenal have already gone down the road of signing experienced players on big money to help us in the short-term. Think about how much we’ve invested in the likes of Lucas Perez (signed for £18m, sold for £3m); Sokratis (£16m, resale value now minimal); Stephan Lichtsteiner (‘free’, but paid £5m for a year of indifferent service); Henrikh Mkhitaryan (£200,000 a week, £60,000 a week more than we were paying the far more productive Alexis Sanchez – and who we’re about to let go on a free because we want him off the wage bill); David Luiz, who cost an eye-watering amount of money for his first season, and whose second season with us will still see us shell out £8-10m on wages; the £5m Denis Suarez cost us; the close to £5m Cedric Soares cost us before we signed him permanently; and even Pierre-Emerick Aubameyang – who has unquestionably been a brilliant signing in terms of the goals he scored – cost us close to £60m at the age of 29 just 6 months after we’d paid £50m for another striker.

His arrival was part of the ‘pay a lot now to get back in the Champions League ASAP’ mindset that informed so much of our business. Look where we are. Look how we’ve got here. It hasn’t worked, and it would be madness to think that the way forward is to do the same kind of deals again. This is going to part of Arteta’s headache, not least because I suspect there might be people internally suggesting that the likes of Willian and Coutinho are what’s required, but if your car needs four new tyres, you don’t pay through the nose for a new stereo system.

Right, that’s your lot for this morning. I was hoping to do a short pre-FA Cup podcast later on, but it depends if I can sort out this iMac. All my audio stuff is attached to that so I have to try and figure it out. In the meantime, I’ll leave you with yesterday’s fun Arsecast Extra, but there’s also some in-depth discussion of Arteta’s comments about investment and lots more besides.

Have a good one!