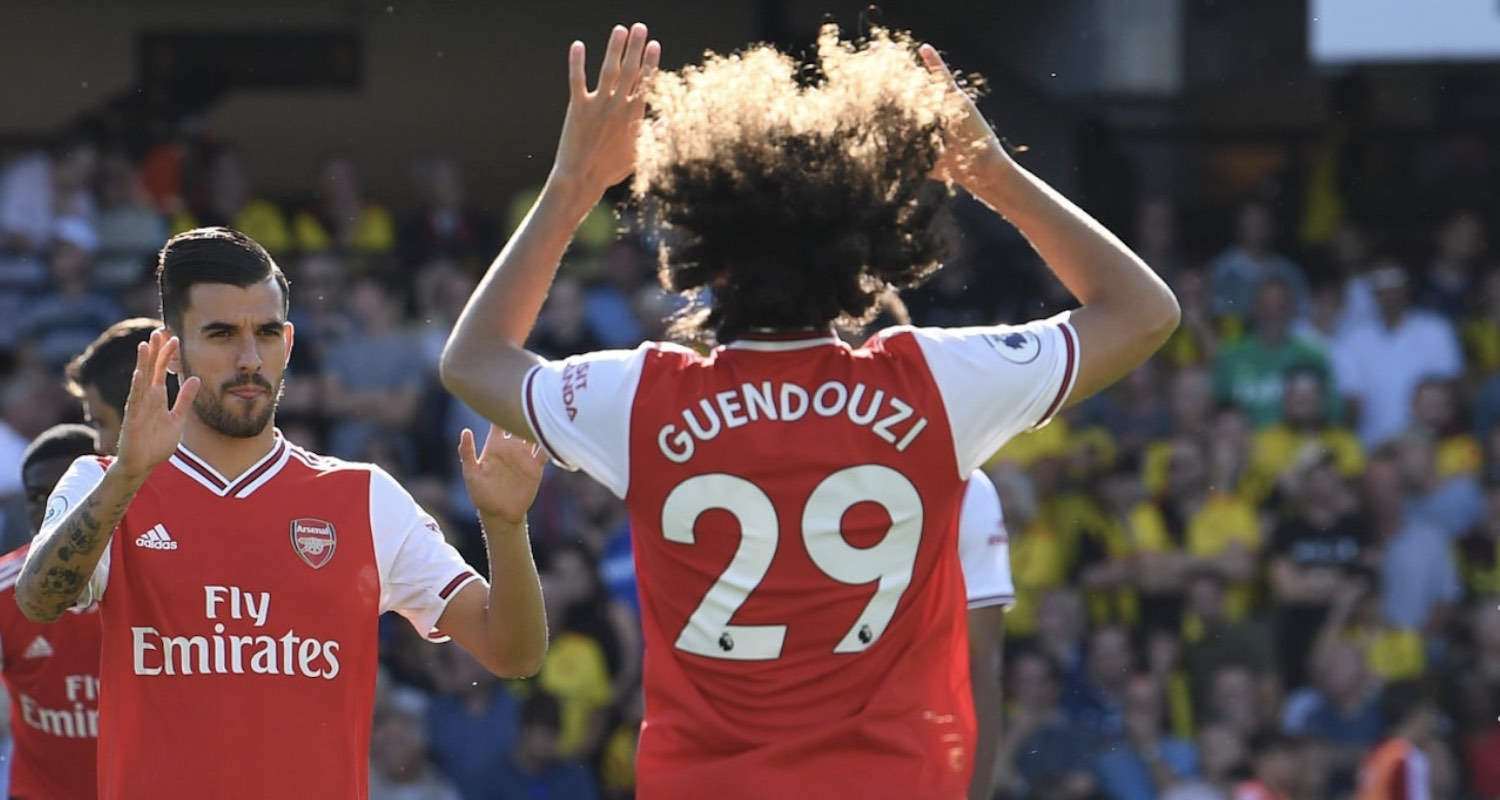 It is July 9th. It has not stopped raining here in Ireland for what feels like weeks. I wish it would stop. I love my dogs very much, but I like them to be drier than they are at the moment. There’s a persistent sogginess to everything that is quite tiresome.

Speaking of very hairy things, France Football (via GFFN) have provided some details of Matteo Guendouzi’s situation at Arsenal. Here are the bullet points:

And here we are.

Mr Storm, may I please introduce you to my friend, Mr Teacup? Except from small things, large things can grow. Like seeds and stuff. You plant one, it’s tiny, and then later you have a mighty oak tree. Or whatever. Acorns, I get it, but you know what I mean.

This feels like a situation in which Arsenal wanted to instill some discipline in a player who has a track record of indiscretions at his former clubs. To correct his course, to put him on the right track before he got a bit carried away with himself. As I’ve written previously, on-pitch sledging is part and parcel of football, it happens all the time, at every level, and while boasting about money is a bit crass, it’s hardly the worst thing in the world. It’s the kind of stupid stuff 21 year olds think is funny or clever.

All Guendouzi had to do was nod and listen, take the advice of his manager, say ‘Ok, I won’t do that again’, and that’s it. His apparent desire to stick up for Leno, injured in that game, is obviously admirable, but I’m not sure how taunting opposition players about their pay packets does that. It’s not a credible explanation – or at best he’s got strange ideas when it comes to how you show solidarity with a stricken teammate.

The report also references in the incident in Dubai which says there was a training ground bust-up between Sokratis and Guendouzi. Back in the hotel he was incensed that Arteta took the side of the more senior man and they had a loud argument about it. Clashing with Sokratis could be considered brave by some, pretty stupid by others because in a physical confrontation Guendouzi is gonna get squashed like a gnat, but on that occasion he obviously had enough sense to do what was required to get back into the squad. He was left out of the 4-0 win over Newcastle, but played the full 90 in our next game, the 1-0 win over Olympiacos in the Europa League.

This time, he’s decided that being told off for saying some silly stuff on the pitch is a hill he’s willing to die on. It’s not smart, because what’s happening now is fans see a player who is putting himself before the needs of the team. When Arteta has challenged other players, at times in a much more public way than this has played out, they have knuckled down, worked harder and been rewarded for that.

The obvious example is Dani Ceballos.

January 24th, as rumours about of Ceballos cutting his loan short and going to back to Spain, Arteta says:

“He needs to get back to fitness, fight for his place like in any other team, and after that I’ll make the selection that I think is fair with what I see on the pitch.”

February 16th, after Ceballos is a surprise inclusion in the starting line-up for the 4-0 win over Newcastle (a chance that comes after Guendouzi’s exclusion):

“He was injured and when he started to train I didn’t think he was fit enough. He completely changed his behaviour and trained like an animal. I thought he was the best player on the pitch.”

Fast forward to now, and Ceballos has taken another step forward according to Arteta, and regarding his future, the Arsenal manager is apparently putting pressure on those on high to sort it out with Real Madrid:

“I am really happy with him. I think it is something that the club has to go a little bit further with Real Madrid on.”

As Dani’s stock rises in value, Matteo’s plummets. Some will worry it might impact his transfer value, maybe it will, but the two years he has left on his current deal are the main protector of that. Along with the belief that there’s a great player in there somewhere, a diamond in the rough that just needs polishing (but sometimes it’s just a bit of shiny coal).

Here’s the thing though: Ceballos is a Real Madrid player who, right now, doesn’t know if he’s got a future at Arsenal. Yet he is showing commitment to the cause through his work on the training ground, and in his performances. ‘My club’ he says on his Instagram, and perhaps it’s a bit of performative social media, but compare and contrast to Guendouzi who is making himself unavailable for selection – essentially going on strike – because he’s too stubborn to say sorry over something small.

With just four Premier League games left to play, and hopefully two more in the FA Cup, Arteta will be relying on players he can trust, and players who are willing to work hard for the good of the team. He can’t have any time for individuals whose focus is first and foremost on themselves, and that’s Guendouzi. You can never say never in football, but it’s hard to see how this ends any other way than the young Frenchman leaving Arsenal. A sale, a loan somewhere, part of a swap deal: the club are reportedly open to all options, which probably tells you plenty about how he’s viewed. Someone with talent, but not so much that this kind of stuff will be tolerated.

Ceballos will more than likely start Sunday’s North London derby, and let’s hope he can continue to play as well as he has in recent weeks. Guendouzi will be at home, watching on TV (maybe). When you consider where they both were at the start of the year, and where they are now, it’s something of a surprise. But that’s part of what makes football so interesting.

Right, I’ll leave it there, but if you haven’t had a chance already, check out the new Arsecast Extra which features discussion of the Leicester game, the red card, Mikel Arteta starting to address a problem we have with officials, and lots more. Listen/subscribe below.