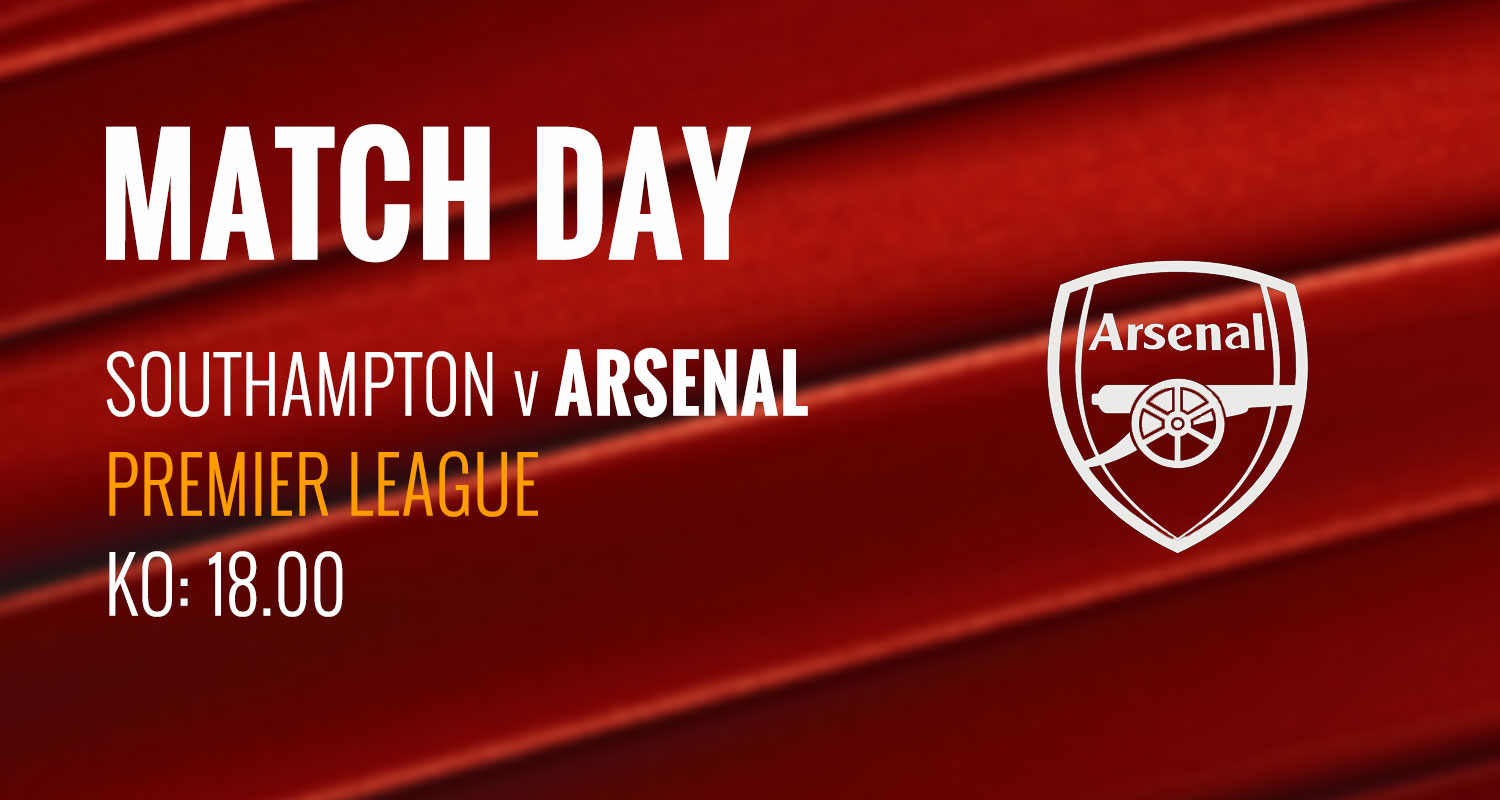 Will it be a case of third time lucky for Mikel Arteta and Arsenal tonight? Having lost our first two post-lockdown games, against Man City and Brighton, we face Southampton at St Mary’s tonight looking for our first win since football started up again.

It’s been a tricky place for us to go, although we did win there in May 2017, with goals from Alexis Sanchez and Olivier Giroud. Of the 18 players in the squad that night, just five remain at the club, and it will certainly be interesting to see what kind of team Mikel Arteta puts out this evening.

We looked a bit leggy towards the end of the Brighton game, particularly in midfield, so I’m curious to see if he’ll shake things up in there. There is good news in that Granit Xhaka appears to be available, and if he is I’d start him straight away. I suppose it says a lot about our options that he’s so important at the moment. Which isn’t to necessarily downplay his ability, but when you consider what the public mood was towards him before Arteta took over, it shows how radically and quickly things can change.

The Swiss international has his flaws, but under Arteta has generally played in a system which didn’t leave them exposed anywhere near as often, and he provides the midfield with some actual structure – something it was missing before. Quite what role he’ll play I’m unsure. Against Brighton we had Guendouzi slightly behind two 8s, in Dani Ceballos and Bukayo Saka, and it wouldn’t surprise me if we did something similar today.

The on-loan Real Madrid man played almost the entire game against City, and faded badly at Brighton, so maybe we need some fresh legs in there. It could be Matteo Guendouzi, it could be Joe Willock, or Ceballos may even get the nod again. If that is the case, I hope Arteta has worked out what he wants to do as and when the legs get heavy again. Assuming/hoping, of course, that he doesn’t have yet another outside factor to contend with when it comes to his game-plan (like an enforced change because of injury or a red card).

At the back, I think he’ll go with Mustafi and Holding in the middle, flanked by Bellerin and Kieran Tierney who sat out the last game. I saw a few people question that decision, but remember: he’d spent over 7 months without playing a game of football. His last appearance was on December 9th, and it does take time to build up match fitness and the ability to play every three/four days. If Arteta had played him and Tierney had picked up an injury people would rightly be questioning the decision to start him.

Up front, well we know Pierre-Emerick Aubameyang will start and I think it’ll be from the left, with Eddie Nketiah starting as our centre-forward after Alexandre Lacazette’s disappointing performance against Brighton. Nicolas Pepe needs to be more involved – which sounds like criticism of him specifically, but it’s not. I think he can do more, but as a team we have to play to some of his strengths with greater frequency. After scoring that fantastic goal against Brighton, he received just three passes. Remember too, he’s playing against a 6’7 full back who isn’t the most mobile and on a yellow card. Those are things we have to be mindful of.

Arteta is looking for a response tonight, from his players and, I’m sure, from himself in terms of how he manages this one:

Kick-off this evening 6pm. As ever we’ll have live blog coverage of it for you, as well as all the pre and post-game stuff on Arseblog News.

Meanwhile, in a week in which good news has been in short supply, Mikel Arteta sounding confident about Arsenal securing the future of Bukayo Saka is certainly very welcome. This is something that should have been sorted long, long before now. You could see on the US tour last summer that this was a young player who really had something, and who was ready to play first team games. I don’t think anybody really expected him to burst through the way he has done, injuries have created an opportunity for him that he has taken with both hands, but this time last year is when this should have been done.

Nevertheless, the Arsenal boss provided an encouraging update on his situation:

I am very positive that everything is going to be done with Bukayo very shortly. The communication between the club, agents and the family has been going on for months and is very fluent.

The player and the family know how much trust I have in him and he’s just showing that every week.

Fingers crossed on this one. He is the jewel in our Academy crown, and his performances this season will have made plenty of clubs take notice. Plenty of clubs with deep pockets who could, right now, make a very good case to him regarding his footballing future. We simply cannot be taken seriously if we can’t tie him down and convince him to be part of what Arteta says he wants to do at Arsenal. He’s grown up at the club, he’s coming through with an exciting crop of young players – many of whom have been his mates at youth level – and while things are difficult right now, that should be plenty.

Of course there’s a financial element too, and that’s a reality we’re going to have deal with. But if we can find the resources to extend the very expensive contracts of the likes of David Luiz etc, to pay loan deals and then transfer fees for players we could have just bought in the first place, we can’t cry poor-mouth over what Saka deserves in terms of a new contract. He’s done it on the pitch, we either sit up, take notice, respect his performances and pay him commensurately – or we lose him. Let’s hope they get this done.

Right, that’s it for now – catch you later for the game.