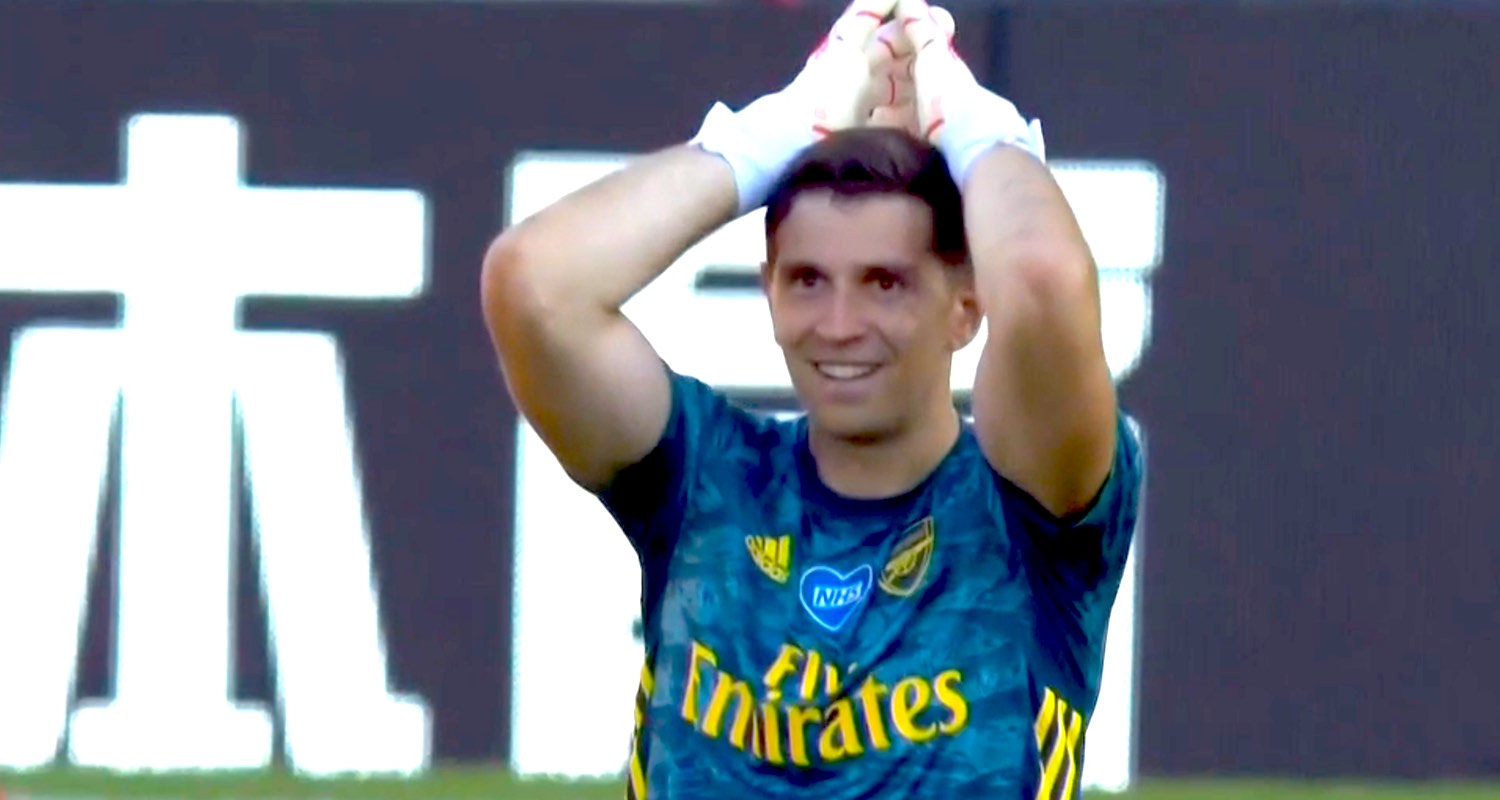 I’ll tell you what, if there’s a Premier League team celebrating anything this morning, it’s the mighty Arsenal. A 2-0 win over Southampton gave us our first victory since lockdown and perhaps I’m forgetting something, but I don’t think anything more impressive has happened in the football world over the last 24 hours.

Mikel Arteta welcomed back Granit Xhaka after injury, and his presence certainly added more structure to the side. The set-up was slightly different from the Brighton game though, with Bukayo Saka featuring heavily from the left (although an early injury seemed to inhibit him a bit), Kieran Tierney dropping in to play almost as an auxiliary centre-half when Southampton had possession, and the Scottish international almost provided an early assist with a long ball for Pierre-Emerick Aubameyang. The captain had a clear sight of goal, cutting in from the left hand side but saw his shot come back off the bar – the kind of chance he’d usually bury.

Southampton were sharp though. They’re well drilled and well organised under Ralph Hasenhuttl, but in general Arsenal kept their shape and positional discipline to negate the home side. Which didn’t make for much of a spectacle, but I can see the logic in Arteta’s approach after two successive defeats.

You could say it was a stroke of good fortune that saw us go ahead, and certainly Alex McCarthy in the Southampton goal won’t want to see replays of this one. However, credit to Eddie Nketiah for closing him down, and from the sideline throughout the game you could hear Arteta urging the young striker to do exactly that. When the keeper’s pass was poor, Nketiah pounced, and stuck the ball home from close range.

Just before half-time he might have had another when smart movement saw Eddie find space, Pepe’s pass was good, but he tried to shoot with his right foot when he could have let the ball come across him and used his left. His miskick almost created a chance for Aubameyang, but it squirted away to safety.

Where we really struggled though was getting the ball to our forwards through midfield. Emi Martinez’s remarkable long kick sent Aubameyang through, and his unselfishness in trying to square to Nketiah saw Southampton snuff out the chance. But like the Tierney pass in the first half, it was pretty much Route 1 and the forward players were left chasing and running, but not getting enough of the ball. Pepe received just 8 passes until his withdrawal in the second half, and while I think it’s ok to want more from him, we have to do more for him at the same time.

Ceballos was busy, making 3 tackles and 4 interceptions, but contributed little to our ball progression. Arteta coaching him throughout from the sideline was interesting to hear, he obviously wanted specific things from him, and although our midfield is better with Xhaka in it, he’s never going to be the guy who knits everything together from an attacking point of view.

The one goal lead felt precarious. We brought fresh legs on in the shape of Joe Willock who replaced Pepe; Kolasinac came on for Tierney who was suffering from cramp; and Ceballos and Nketiah made way for Maitland-Niles and Lacazette. Martinez made one really smart save from the always pesky Shane Long, but Southampton didn’t threaten consistently despite dominating possession. If the game plan was be solid and deny them chances, we did that part of it pretty well.

Late on, Willock made the game safe, following up on Lacazette’s shot after he’d hit the wall with a free kick from just outside the box. The Saints had been reduced to 10 men when Jack Stephens was sent off for a foul on Aubameyang, and that goal ensured we’d be taking the three points. Not a game or a performance to write home about at all, but after two losses, the single most important thing was winning again, and we did that.

Confidence is everything in this game and we have to lift them up, but I could see yesterday that the reaction was really positive and they were really at it. We just demanded for them to play together, to enjoy competing with each other and defending each other as much as possible – then we would be fine. It was an important win for us.

We were out-passed, but had more shots on target than Southampton, and created three big chances to their none. That’s a bit surprising to me when I think about my perception of the game, and I think it’s fair to say that we’re still some way from being the kind of a team that can go and really take the game to the opponent. If there was some measure of control, it came from our shape, organisation and work-rate – not what we did on the ball. However, maybe one thing leads to another, and it’s so difficult to really assess what we’re capable of in the current circumstances. There is, unquestionably, room for improvement though.

In terms of individual positives, I thought Martinez did well in place of Leno; it’s great to see two Academy players on the scoresheet in an Arsenal win; and I have to give a nod this morning to Rob Holding. There have been big question marks over him because of the injury he suffered and the way it has impacted his career. I thought he was generally quite tidy against Brighton, his passing was good, and if you want to be super-critical you could look to their first goal but I think it was just one of those things rather than any kind of mistake.

Last night though, he was extremely solid, particularly in the air, winning 100% of his aerial duels, 100% of his headed clearances, and looked sharper again. I think he’s quite a clever reader of the game when he’s feeling good, and I saw that coming back last night – along with some of that last confidence too hopefully. Positionally he was spot on from start to finish, and beyond actually winning a game of football, he was the big positive for me. I suspect after so long without playing, he might find himself rotated for the FA Cup game on Sunday, but if we have an eye to the future, he’s done his chances of keeping his place in the Premier League no harm at all.

Finally, just to touch on the complete omission of Matteo Guendouzi from the squad of 20. The manager said it was ‘squad management’, which is one from the same category as ‘tactical reasons’. It’s an interesting situation, because while I think he was a bit daft against Brighton at the end, what he did certainly didn’t merit being dropped completely. So, maybe I’m putting two and two together and coming up with five, but it wouldn’t surprise me if something else happened which led to this decision. Arteta was asked if had to do with the Brighton incident, and said:

No. Whatever issue we have internally, I will resolve it in a private way. I explained that I cannot explain and that’s it.

Guendouzi has had run-ins with coaches before in his short career, and you’ll remember earlier this year was left out after Arteta was unimpressed with his behaviour during the training jaunt to Dubai. Maybe it’s nothing, maybe he just wants to remind him who’s boss and what’s expected, and we’ll see a positive response from him if he’s picked on Sunday, but one to keep an eye on all the same. Particularly as the rumour mill went into overdrive last night about his possible departure. You take that kind of stuff with a pinch of salt, obviously, but sometimes the old ‘no smoke without fire’ rationale has some merit.

Right, it’s nice to have three points under our belts again, and James and I will be here a bit later this morning to discuss it for the podcast. As ever if you have questions or topics for discussion, send to @gunnerblog and @arseblog on Twitter with the hashtag #arsecastextra – or if you’re on Arseblog Member on Patreon, leave your question in the #arsecast-extra-questions channel on our Discord server.

The podcast will be out for you mid-morning, or thereabouts. Until then.