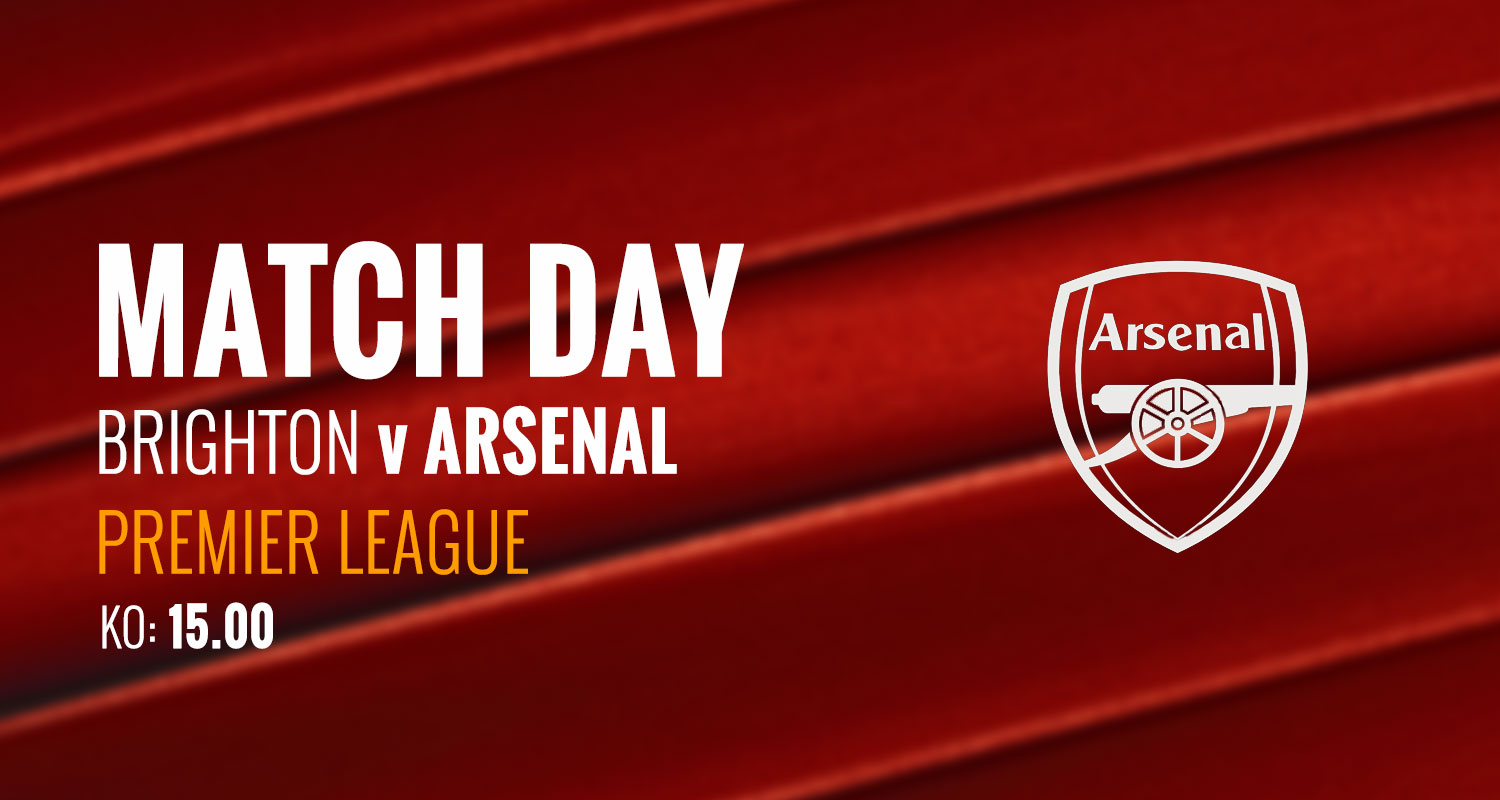 They say when you fall off a horse you should immediately get back up on the horse so you don’t suffer a lack of confidence in your general horsing. This might be a useful analogy for Arsenal after what happened on Wednesday night in Manchester, but the the reality is we never properly got on the horse in order to fall off it. We threw a leg over, bedeviled our groin in doing so, and slid to the ground, stunned if not completely KOd. Not only that, the horse was more of a sad, bockety mule than a thoroughbred stallion, so the fall wasn’t particularly hard.

Which is a really clumsy way of saying that the defeat to Man City is pretty easy to compartmentalise. As Mikel Arteta said, this is one we need to delete from our hard drive (as well as the back-up external HD and the cloud and Dropbox because we’re very conscious of what a hard drive crash would do), and today’s game against Brighton – to me at least – properly signifies the return of football.

Unfortunately, some of the things that happened on Wednesday will have an impact on today, not least the injury to Pablo Mari who will miss a significant period of time – although Arteta is still keen to sign him on a permanent basis. David Luiz is suspended, which isn’t something too many people will shed tears over, but with Sokratis injured for another couple of weeks, and Calum Chambers also sidelined, it leaves us with just two fit central defenders: Shkodran Mustafi and Rob Holding. Reports suggest that young defender Zech Medley, who has been training regularly with the first team, will be in the squad today.

It’s a big chance for Holding, one he’s got to take, and one, frankly, we need him to take. While we anxiously await arrival of William Saliba, a 19 year old kid who will unquestionably be the saviour of all our defensive problems and lead us into a new era of unprecedented success (he is that good, right?), we have games to play and points to try and win in the short term. Holding looks like a player whose cruciate injury has had a serious impact on him physically, as well as his confidence. If he can rediscover some of what he was showing before that fateful night at Old Trafford in December 2018 – 18 months ago now – it would be very timely. It feels like a pivotal time for him now.

In midfield, we’ll also be without Granit Xhaka whose ankle problem isn’t thought to be as serious as it looked, but today is too soon for him. There’s no Lucas Torreira either, he’s still 2-3 weeks away from a return to full training so realistically we’re looking him playing next season, not this one. Arteta’s options include Matteo Guendouzi, Joe Willock (who I’d rather see in a deeper midfield role than the one he played against City), Dani Ceballos and, of course, Mesut Ozil – assuming he’s done enough to get back into the manager’s good books having fallen from grace in recent times. Arteta was pretty open about the situation, the door isn’t closed to Ozil or anyone else, but it feels like some of the non-negotiables he’s talked about have fallen by the wayside.

Our problems in other areas due to lack of depth/quality are one thing, but up front Arteta has an embarrassment of riches to choose from. Choosing three from Pierre-Emerick Aubameyang, Bukayo Saka, Nicolas Pepe, Alexandre Lacazette, Gabriel Martinelli, and Reiss Nelson isn’t easy. I know there’s this long-standing discussion about Aubameyang on the left, and while I absolutely get it, I don’t think we’d be talking about it today if we had the craft/sharpness to have found his runs on Wednesday night. The issue isn’t so much him there, as our inability to exploit how good he is in that position and how smart his movement is. More on that in the latest Arsecast btw – listen here.

However, if we saw him up top today, with Saka/Martinelli on the left and one of Pepe or Nelson on the right, I wouldn’t complain. The record signing has had a bit of an injury in the build-up to football starting again, and ahead of this game Arteta sounded pretty positive about him and what he can produce. He said:

It’s clear that his consistency has not been at the level he can produce. He’s the first to accept that. That’s what I’m going to demand of a player of his level and calibre.

He has to be producing every three days at the level that he can be. He has to be a player that can make the difference, that is a threat, that generates fear in the opponent and gives us a big threat in the final third. He’s willing and I’m sure we’re going to get the best out of that. I’m convinced of that.

Read the rest of it here. His first season with us has been underwhelming when you consider the fanfare that surrounded his arrival. At the same time though, I think it’s reasonable to accept there have been some mitigating circumstances. He had to adapt to a new league, new language, his time at Arsenal coincided with the worst on-pitch performance in recent living memory under an increasingly hapless manager, he’s had some injury problems, and now we’ve had this Covid-19 break which will hardly have helped.

At Man City, Arteta’s work with Raheem Sterling and Leroy Sane was considered hugely important in their development and progress as players, so hopefully he can do something similar with Pepe. As a club we need this to work. We can’t spend £72m on a player who fails, for whatever reason, it’s as simple as that. Arteta has sounded positive notes, but put the ball back in the Ivorian’s court – he has to step up and take that responsibility, so fingers crossed if he plays a part today he can make a telling contribution.

As for what Brighton are going to be like today, and what kind of a challenge it’s going to be, who knows? This is their first game back, but I think it’s safe to say that we’re going to have to work very hard to win this game. How much Wednesday took out of us is another thing we’re going to have to deal with, and my main hope is that this is a game Arteta is able to manage properly. How many matches has he had to deal with injuries and red cards since he took over, robbing him of subs and changing whatever pre-game plans he had put in place? It’s crazy. Fingers crossed we have a ‘clean’ slate to work with today, and that we can get a win under our belts – something to build on.

Make sure to join us on the live blog for in-game text commentary, chat, and more, and we’ll have all the match related stuff like the report, player ratings, stats and all the rest over on Arseblog News afterwards. This is the first time a game in the UK has been broadcast live at 3pm on a Saturday, a small chance to make a bit of trivia history – let’s do it.