Home Arseblog, the arsenal blog Do we need Europa League next season? + Bellerin and Tierney 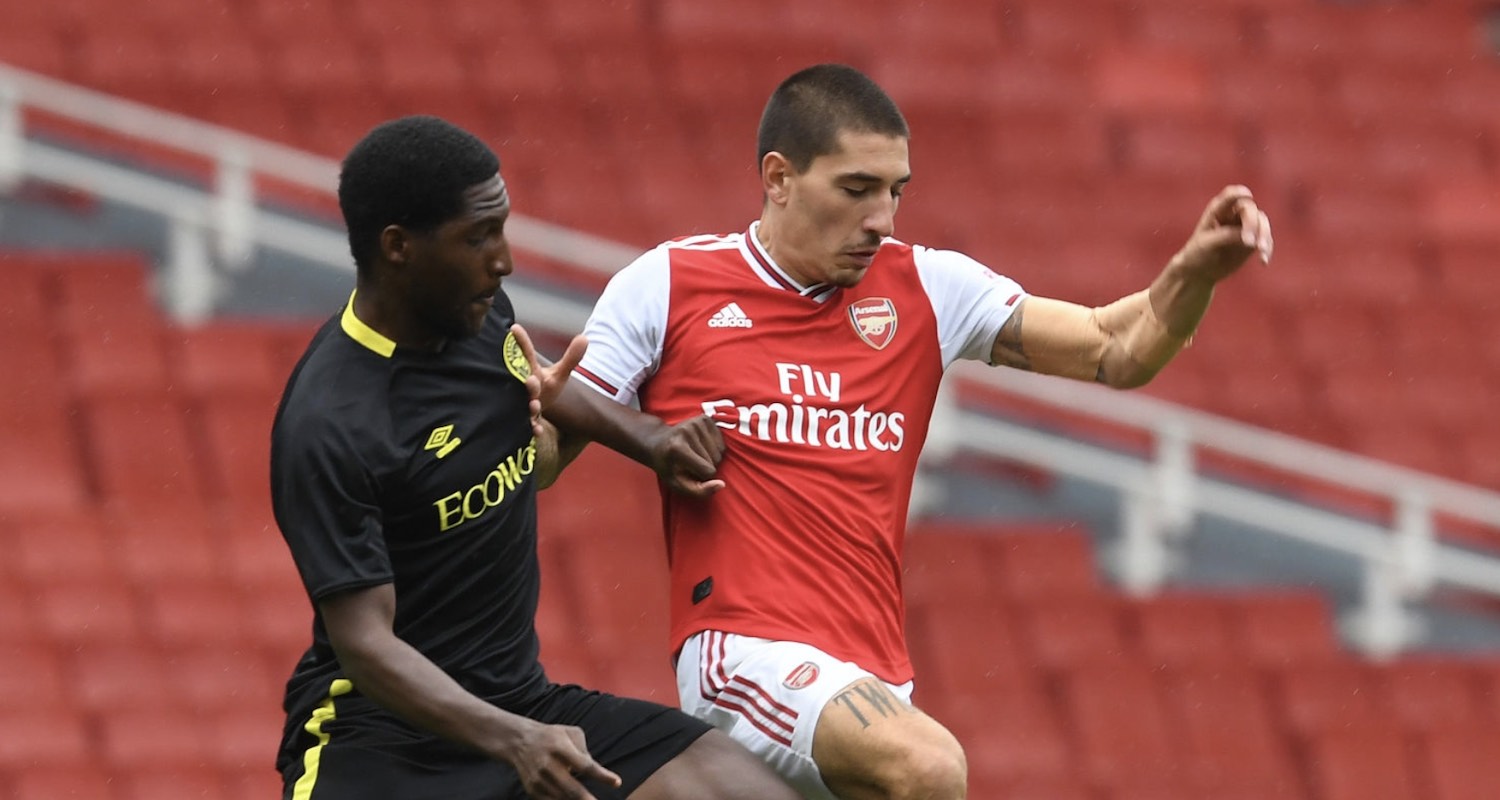 Today’s countdown to football bit: In around 569,900 seconds from the time of writing, the Arsenal will post our starting line-up for Man City, and despite the fact we all understand how weird a situation we’re in with regards football and, you know, life itself, there will be people going ‘OMG’, ‘WTF’, ‘JFC’ and ‘ICBHPTB’, among other things.

If that doesn’t get you excited, I don’t know what will.

Yesterday we played Brentford at the Emirates and lost 3-2. Despite going ahead twice via Joe Willock and then Alexandre Lacazette, we conceded three times to the Championship side. From what I can gather from the report on the official site, all of their goals came in the final 20 minutes, after we’d made half-time changes, and another host of subs on the hour mark which saw three of the starting back four come off.

Those included Sokratis playing at right back in place of Hector Bellerin (still no Cedric!), Rob Holding for Shkodran Mustafi, and Sead Kolasinac for Kieran Tierney. The highlights show that at least two of the goals came via that right-hand side (Brentford’s left), and all three we conceded had elements of individual mistakes to them.

Of course you can’t, and shouldn’t read too much into what happens in a friendly game, but – with all due respect – if you can get punished like this by Brentford, you know Man City will do likewise. Mostly though, it was a fitness exercise, a chance for Mikel Arteta to get some vaguely competitive minutes under the belts of some of his players, and to assess which ones are readiest for next week.

I don’t think we’ve got another friendly lined-up, so unless we fix up something quickly, that’s it in terms of preparation against outside opposition. It doesn’t mean you can’t step things up in training and have a good game to get the juices flowing, but it does look – not at all unsurprisingly – as if we’re some way from our sharpest. It’s an interesting thing to consider when football does return after such a prolonged, unprecedented absence: in the early weeks, it might come down to which team is least worst, rather than which one is best (there is a subtle distinction, I promise).

I wrote about this a little the other day, but the really practical side of my brain that tries very hard to see both the big picture and longer term, thinks that these remaining Premier League games could be more about being an extended pre-season for the 2020-21 campaign. Yes, financially we could use European football, but realistically, if we just had the league and FA Cup to contend with, it’d give Arteta more time to work with his players – as well as keeping them nicely Mel & Kim (fresh for the weekend).

Whichever way you want to look at it, the Europa League has had an impact on us in the years we’ve been playing in it. In 2017-18 we lost 6 of our last 12 Premier League games as we went to the semi-final stage; and last season – on our way to the final – we picked up just 7 of the last 21 points in that disastrous finish under Unai Emery which saw us finish outside of the top four when we should have had that sewn up. Our exit to Olympiacos this season means we don’t have that to contend with, but as yet there’s no detail on the resumption of European football anyway, so we wouldn’t have had that crossover.

If circumstances had been normal and this summer we could have strategically bought and sold players to make us a solid, competitive squad (hah!), you could argue more strongly for the importance of European football next season. What we end up doing in whatever the transfer market will become is anybody’s guess at this point, but I suspect there’s going to be a LOT of compromise regarding players that go, players that don’t/won’t leave, players that we don’t want to leave, and whoever the hell we might bring in.

Which is to say that I can see benefits of not being in the Europa League from a footballing, if not financial, perspective – and I recognise that we’re still mathematically in with a chance of finishing in the top four. But however I can rationalise that at this exact moment, will it be as easy to do so if results between now and the end of this season aren’t good? How much can we read into what happens on the pitch? If, for example, we acknowledge  the time off as a reason for us not being as good as we’d like don’t we also have to apply that same rationale to the opposition who have gone through exactly the same thing?

Anyway, we’ll see. Going back to Brentford for a moment though, and referencing Charlton, I think we can read something into the fact that our starting full-backs in both games were Hector Bellerin and Kieran Tierney. Both of them had been struggling with injuries before the lockdown, but represent the future under Arteta. What happens between them is still all a bit up in the air, but it does seem as if Mustafi remains in the good books for now, the boss seems to like David Luiz, Pablo Mari is a bit of an unknown quantity, while Sokratis and Holding are further down the pecking order.

Arteta will want to pick his strongest available team against City next week. Regardless of the circumstances of the game and the context in which it’s being played, he’ll want to give a good account of himself on his return to the club he worked at alongside Pep. The full backs will be hugely important when it comes to trying to negate City’s quality, and I think we can safely say that unless something untoward happens in training, Bellerin and Tierney will be the men to start.

Ok then, enough for this morning. More tomorrow, as well as a brand new Arsecast. Until then, take it easy.