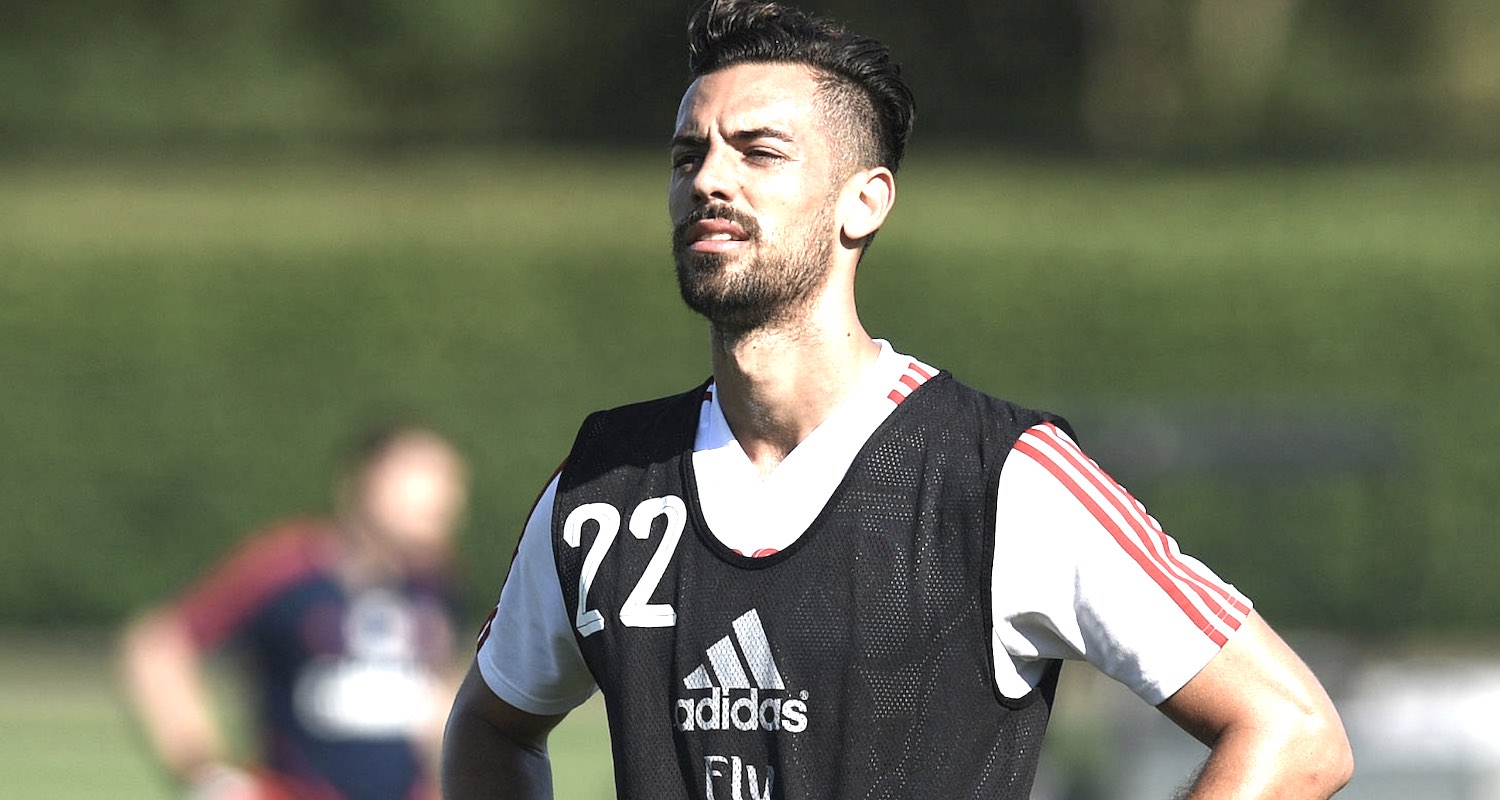 We’re right back into the swing of things, very Arsenal things, with news that Pablo Mari is out of what’s left of the season having suffered a serious tendon injury against Man City on Wednesday evening.  He lasted just over 20 minutes before having to come off, and while details are sketchy, it sounds like an Achilles problem and one, unfortunately, which may require surgery.

Given that he’s on loan from Flamengo, it may have some impact on whether we make his deal permanent, although I suspect the intention is still to make that happen – assuming it’s not the kind of injury that will see him sidelined for a prolonged period. That said, even if it is, a player’s fitness hasn’t been an impediment to joining Arsenal. Last January we brought in Denis Suarez on loan from Barcelona, a deal which cost in the region of £5m all in, and he’d barely played all season. His introduction to English football and its intensity saw him pick up an injury, he never started a game for us, and went back to Spain as our season fell apart. Imagine what a fully fit player signed on loan that month might have contributed to a team which missed out on the Champions League by a single point.

This January we brought in Cedric Soares from Southampton in another loan deal which will cost us around £5m – despite the fact he was sidelined with a knee ligament injury. So, chances are you could turn up to your medical on crutches, or maybe with broken back *cough *cough* and still get signed. Fingers crossed for Mari that it’s not overly serious. It sounds like a three month job anyway, but if it’s six or nine, we have some serious thinking to do.

It’s a shame for him because his selection against Man City on Wednesday night was a nod to the future from Mikel Arteta. It would have been interesting to see how he did between now and the end of the season, and now he’s gone. We just haven’t seen enough of him to make any kind of judgement on him properly. I like him because he’s new, because he’s not (yet) a serial mistake maker like some of the players we’ve got in the squad, and because he’s not David Luiz whose career appears to be in very sharp decline. However, it’s impossible to say at this point whether he’s got what it takes, and this injury moves him into the very large category of players at the club right now who have question marks over them for one reason or another.

It also leaves Arsenal and Mikel Arteta with a hell of a headache when it comes to the centre of our defence. As it stands, preparing for Brighton tomorrow, our only senior options are Shkodran Mustafi and Rob Holding. Sokratis is injured (short-term), Mari is injured, Calum Chambers is injured, and Luiz is suspended for the next two games after his red card against City.

It’s a chance for Holding, no question, and one we could really do with him grasping with both hands. He wasn’t in the squad for the trip to Manchester, despite being fully fit, and his place in the current pecking order is a worry when you consider the players ahead of him and what they’ve produced in red and white. Still, football is a funny game, and sometimes a player can take an opportunity when it’s presented to them. It’s not quite last chance saloon for him, but he has to try and rediscover some of what he was about before the cruciate injury.

The other aspect of it is the Luiz situation. It’s something James and I discussed at length in the Arsecast Extra yesterday, and it’s now a question of whether or not the Mari injury forces Arsenal’s hand to an extent. At his press conference yesterday evening Arteta spoke positively about his player in public, but hinted that the financial considerations the club is facing are incompatible with taking up the option on his contract:

We cannot forget the financial situation, the way that COVID-19 has hit every club and the economy in general – it’s going to have an impact. What the club is doing at the moment is assessing the situation and trying to clarify a lot of uncertainties that we have in the future.

We have to make big decisions but time-wise it’s difficult to fit them in our needs. We are trying our best, the club is trying its best, and it’s difficult sometimes because it puts the player or our sporting necessities in a difficult situation. We have to adapt.

From chatting to a few people, the consensus was that Arsenal were disinclined to renew Luiz, and if there was truth to the stories that emerged yesterday regarding his desire for a two year deal, that would never have happened. The reality of our situation might change the decision making though. Personally, I wouldn’t give Luiz another year, this club needs to move on from players of that ilk – and he’s not the only one who needs to go either – but I could see some logic in an extension until the end of the season to provide some squad depth.

Of course that’s dependent on him being willing to do that, and as we’ve seen elsewhere – particularly the case of Ryan Fraser at Bournemouth – players may not be willing to risk an injury which might scupper a contract elsewhere. It’s worth pointing out that Fraser would have much more love for Bournemouth than Luiz does for Arsenal, even if he is a very nice man that everyone around the club seems to like.

Arteta has to look at Mustafi and Holding as his only options for now, then he’s got Sokratis coming back in a couple of weeks, but there’s a lot of football to play in that time. If we sacked off Luiz and decided to give the minutes to a young prospect like Zech Medley or Daniel Ballard – the two closest to first team action and two players who have been training with the squad over the last few weeks – I wouldn’t shed any tears either.

I listened to Kia Joorabchian’s interview yesterday, and he did a fine job in blaming all kinds of things for Luiz’s mistakes (Arsenal’s lack of control in the game, for example) while insisting he wasn’t looking to shirk responsibility. I can’t begin tell you how much I disliked it. A football agent speaking out of both sides of his mouth isn’t unusual, but this particular agent is someone who watches games from our Director’s Box with his close friends Raul and Edu, and still feels it’s ok to go on national radio to cast aspersions on the manager and the club as he defends his error prone client. That’s some self-serving bullshit we shouldn’t tolerate for one second. This is a club which isn’t slow to rebuff well sourced stories in the media, so why is this kind of nonsense deemed acceptable?

Assistant manager Steve Round spoke last week about how Arteta is trying to change the culture of this club, and this is exactly the kind of shit he needs to root out. If Luiz leaving is a consequence of that, so be it. We need to build for the future anyway, and as I said I’m not going to cry about his departure. Does it make any real difference if it’s a 19 year old making a half-arsed clearance that leads to a goal, or a 33 year who should know much, much better? It is a complicated one for Arteta though, particularly as there might be pressure on him from a number of angles regarding this one.

1200 words in, and not one of them about Mesut Ozil. You can read what Arteta had to say here. The phrase ‘more than fair’ sticks out to me, and frankly I am exhausted and bored by the whole thing at this point. Like Luiz, this is a player we badly need to move on from, his social media antics yesterday weren’t particularly helpful either as they simply add to the divisiveness of the discourse around him. The last few years of Ozil have been pretty much a disaster for us financially based on what he’s given us on the pitch (not very much), and for him as a footballer, and the sooner the cloud is lifted, the happier I’ll be and the better it will be for the football club.

If you haven’t had a chance to listen to the Arsecast Extra, all the links you need to do that and subscribe are here, and because it’s Friday I’ll have another regular Arsecast for you a bit later on today.

Stay tuned for that. Thanks for reading as always, and we can preview the Brighton game tomorrow.