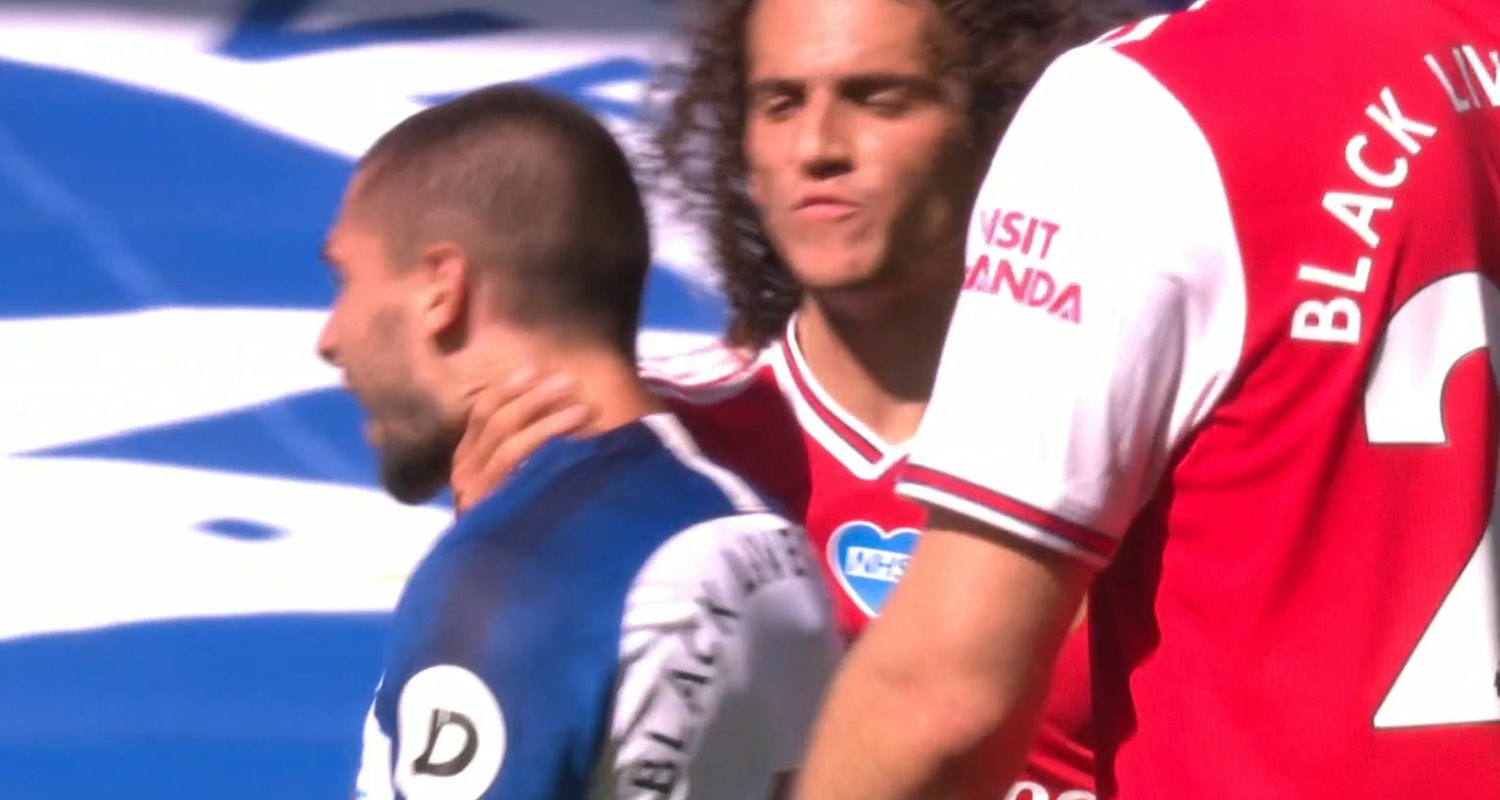 Good morning folks, are you ready for a week of recrimination and introspection after our defeat to Brighton?!

It’s the way of things, isn’t it? A win is what people want and what they expect. When it happens – increasingly rarely in the last while, in fairness – it’s greeted by a nod of the head. A kind of ‘That’ll do pig’, response. Unless it’s something remarkable, or a big game like a North London derby (we have one of those soon). Defeat, meanwhile, demands greater analysis, opens up old wounds, sometimes creates new ones, and forces us to look at things in a colder, sometimes brutal, way.

One of the things you could look at is how before lockdown we had this unbeaten run going in the Premier League. I don’t know if you could say we had momentum exactly, but we had something. The football wasn’t as fluid as we would have liked, and an increased defensive stability had come at the expense of attacking potency. That was something Mikel Arteta was still working on. Our last win, the 1-0 victory over West Ham, came via a very late goal from Alexandre Lacazette in a game which wasn’t much to write home about overall.

Which isn’t to use the three months without football as an excuse, because that shouldn’t change our ability to beat Brighton, but it might be a reason why some of the players aren’t quite up to speed yet. Over the course of the lockdown Arteta has had an opportunity to get to know his squad in a fairly unique set of circumstances, but ultimately what a player does on the pitch is the most important way of understanding them and their characteristics.

He has to take ownership of how he uses them, and I say that with all the requisite sympathy for a manager who has lost three key players to injury in the first two games, and another to suspension because he’s an over-emotional, woolly-haired veteran more worried about his contract and his wages than he is about defending. Circumstances are difficult at the moment, after so long without football the physical demands mean you have to rotate, but is picking a striker who hasn’t scored an away goal in well over a year a smart way to set up your team from off?

As I wrote yesterday I think our midfield plays a part in why we pick Aubameyang on the left, get more goal threat on the pitch (nominally at least), but maybe a front three with the captain central flanked by Gabriel Martinelli and Nicolas Pepe offsets that. Maybe he doesn’t trust Kolasinac defensively so he can’t pair him with the young Brazilian, and it’s been interesting to hear the manager talk about how there’s a need to find a balance between youth and experience to let the younger players develop properly. But who are the experienced players in the squad they can genuinely learn from? That feels like a problem that can only be truly solved via the market, and of course we have no idea what kind of spending power we have when it does open.

Speaking of midfield, Matteo Guendouzi is reportedly facing a three game ban for his little grab at Neal Maupay at the end of the game, something which sparked more reaction from Arsenal players than what the Brighton man did to Bernd Leno. While I completely understand the desire to exact some revenge for what happened, it all felt a bit performative … something for the cameras, which of course makes it even more stupid.

After a pretty staid first half, I was hoping that the second would see an Arsenal team fired up after getting an update on Leno – a player who has bailed them all out time and time again this season. Even if it was the least of us, I’d have liked to see a group of players ready to give a bit back, to increase the intensity and aggression on the pitch, determined to make the opposition pay for what they did to their teammate. I’m not talking about violence or punches or anything like, but that our response to Maupay came after the final whistle – and was probably more to do with him scoring the winner – was really disappointing.

I think Arteta is still learning about these players, and that lack of reaction will have been part of that process. Of course you have to be professional and not let the red mist make you do something completely stupid – it’s harder to win the game with 10 men. At the same time though, there is a strength in togetherness and unity, a power in showing your character by what you do on the pitch and how you do it, and right now if you’re any team in the Premier League (and beyond), you’d look at Arsenal as a soft touch. In the myriad things we have to change, that’s a hugely important one.

Finally, we await confirmation of the seriousness of the Leno injury, with the big fear that he’s suffered an ACL rupture. Fingers crossed it’s not that, but if it is, there are obviously a number of issues we’re going to have to face up to. First is being without one of our best players until next year, and hoping that he doesn’t suffer the same way that players like Hector Bellerin and Rob Holding have – delaying their return even longer.

Secondly, we have to think seriously about what we have to do to cope. I doubt there were any plans to buy a goalkeeper when the transfer market opens, but that’s something we’ll probably have to do. I think Emi Martinez is decent back-up, and maybe this is chance for him to show he can be more than that, but it feels like we might need to spend money in some fashion to solve this problem. Do we buy a young keeper to compete down the line, or someone ready?

Thirdly, in the very short-term, we have to make a decision about who understudies Martinez. Matt Macey, the current third choice, is out of contract on June 30th, and we have until tomorrow to complete an extension for him to play for the rest of the season, or a longer one if we decide to go all in on the Argentine.

So, one sly little nudge from Maupay to try and win his team a free kick has all these knock-on effects and complications for Arsenal. It feels like we’ve been hugely punished while the bloke who caused it all gets away without any kind of censure. In rugby, a game where there is massive physical contact, a player who deliberately challenges an opponent who is in the air with no intention to win the ball gets a red card. It’s high time football recognised this is something that happens in our game too, and does something about it.

Update: According to Nick Ames of the Guardian, Macey recently extended his contract until the end of 2021, so that’s one less complication.

Right, there you go. James and I will be recording an Arsecast Extra for you a bit later on. As ever if you have questions or topics for discussion, send to @gunnerblog and @arseblog on Twitter with the hashtag #arsecastextra – or if you’re on Arseblog Member on Patreon, leave your question in the #arsecast-extra-questions channel on our Discord server.