Home Arseblog, the arsenal blog Young players and transfers on the agenda as Arteta talks to Sky 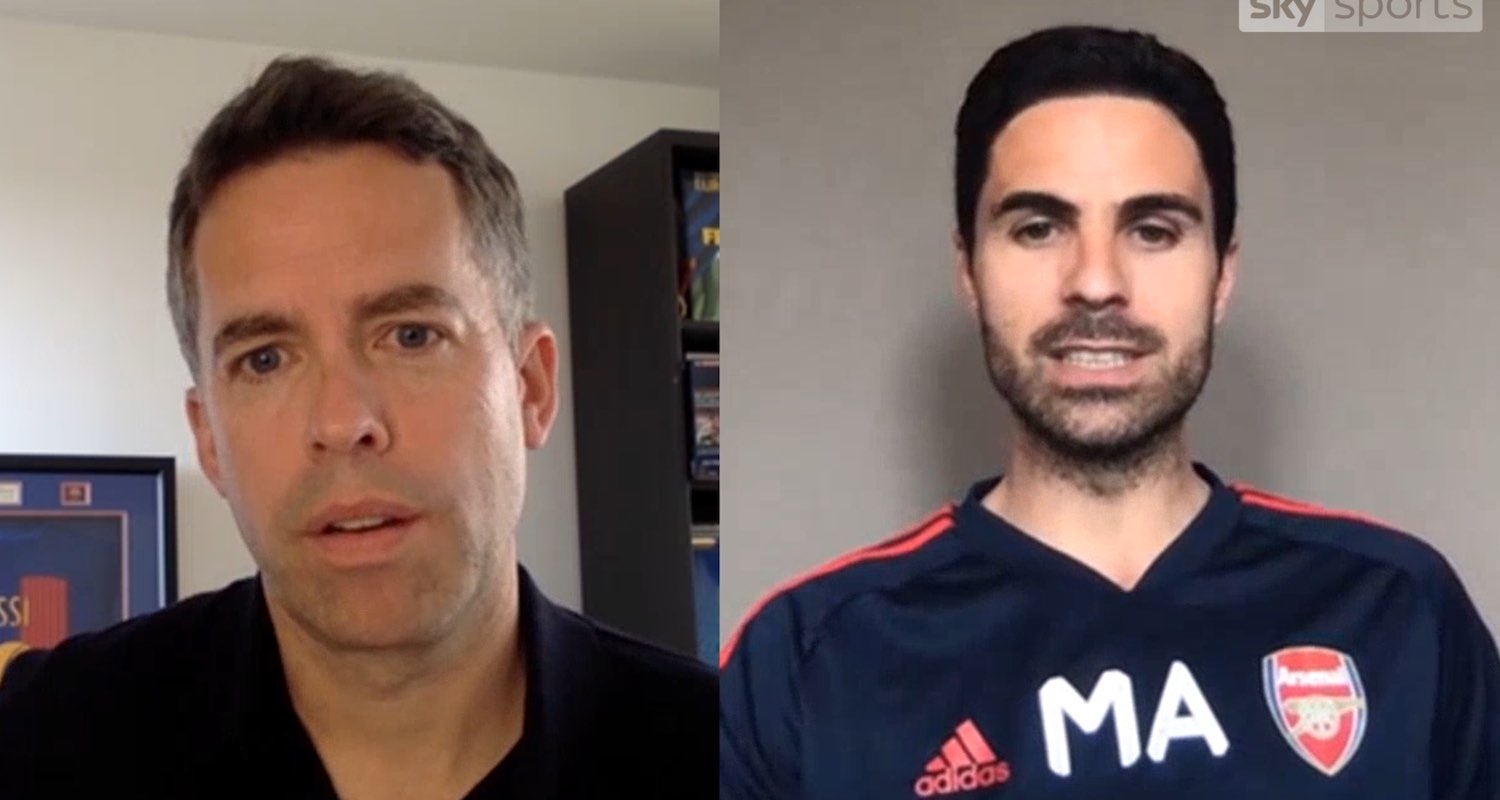 Good morning everyone. Welcome to Friday. Like every day I hope you and yours are safe and well.

There’s a little bit of football chat today as Sky Sports got Mikel Arteta on Skype and did an interview with him. I guess it’s just the camera/device the boss is using but there are times when he looks like a kind of animatronic character, brought to life by a crazy inventor. There’s also something quite interesting about a broadcaster like Sky putting out content with the audio quality of a piece of well worn vinyl, but hey, that could be just me.

He is now fully recovered from Covid-19, thankfully. We saw the sad news this week that Pep Guardiola’s mother is one of the many who have died from the disease, so it’s something that has had a very direct impact on Arteta and the people close to him. It’s kind of amazing to think that without him contracting the virus, the Premier League would likely have gone on as normal for at least one more round of games, and when you think of how many more people might have become infected the fact that such a high profile figure contracted it might have saved some lives.

The club are keeping tabs on the players as they, like everyone else, stay at home to help stop the spread of the Coronavirus. Arteta says:

The experienced players have families around them and kids that are occupying them. For the young players, some of them are alone in their apartments and there are long days. We have to be caring for them and we have to keep them busy and try to do things to improve their development and education.

I like to make them all think and assess themselves as people, too. I’d only been here for three months, so it’s been a chance to get to know them a little bit more, break some boundaries. We’re having some really good conversations.

In some ways I guess this is a unique opportunity to get to know players on a very different level. Nobody has been through anything like this before, and I think all of us probably have a slightly different mindset now. On the training ground, in the workplace, there might be a pressure or a desire to be a certain way. Football can be a ruthless industry, one in which you can’t show any weakness, but with everything that’s going on, people have let their barriers down a bit, and that must be the case with some of these young players.

Depending on how long this goes on for, it might be a case that they’re the ones most affected by it, as they’re losing weeks and months at a key stage in their careers. This is a  time when they learn and develop really rapidly. The curve is steep for them, not so much for more experienced players, but I did like the story from last week where Arteta said he was giving them homework. Perhaps this is a chance for them to study and learn the game more deeply, or at least in a way they might not have considered until they got a bit older and thought about coaching badges etc.

It will be fascinating to see how this unexpected pause in their careers impacts them down the line. For some it will be positive, and I suspect there might be one or two who don’t cope as well and find it hard when football returns, but it will all play out in front of us at some point in the not too distant future, hopefully.

As ever with football, there’s a focus on and an interest in transfers. Arteta was asked about that, and said:

I’m planning two or three different scenarios that we can face. Depending on one of those three, we will be able to do more, less or nothing.

We have to react daily. We don’t know what the financial situation is going to be, we don’t know the rules, the timing, the window. There are so many things we cannot control at the moment.

More, less or nothing. At this point I’m leaning towards the latter at first, because I think they have to finish this season whatever else happens. Regardless of when that is, two months from now or six months from now, it has to be completed. You can’t have a transfer window before the end of the campaign, for all kinds of reasons based around the integrity of the sport, so I think it’ll be a case of ‘what you have you hold’ in terms of your squad.

After that, let’s see what happens. Will there be the same public appetite to see clubs throw around tens of millions of pounds on players as the wider economy tries to get back on track. The hundreds of thousands/millions of people financially struggling having lost their jobs and businesses are the ‘customers’ of football clubs. Whether that’s as season ticket holders, casual members, subscribers to the broadcasters etc, they’re going to be affected, and so too are the clubs.

There’s also the financial impact on the game and on clubs themselves who have operated in the realms of big money, but in a fairly precarious way. It’s predicated on that flow of cash from TV, transfers, gate receipts, prize money etc, never being turned off. And right now it’s well and truly off. At this point we can only speculate as to how badly affected clubs are going to be, but it’s probably fair to say that what we considered ‘normal’ before won’t look that way afterwards.

Right, I’ll leave it there for today, and point you in the direction of today’s Arsecast in which I have a long chat with Amy Lawrence about her life as a football journalist, and lots more along the way. Listen/subscribe below.