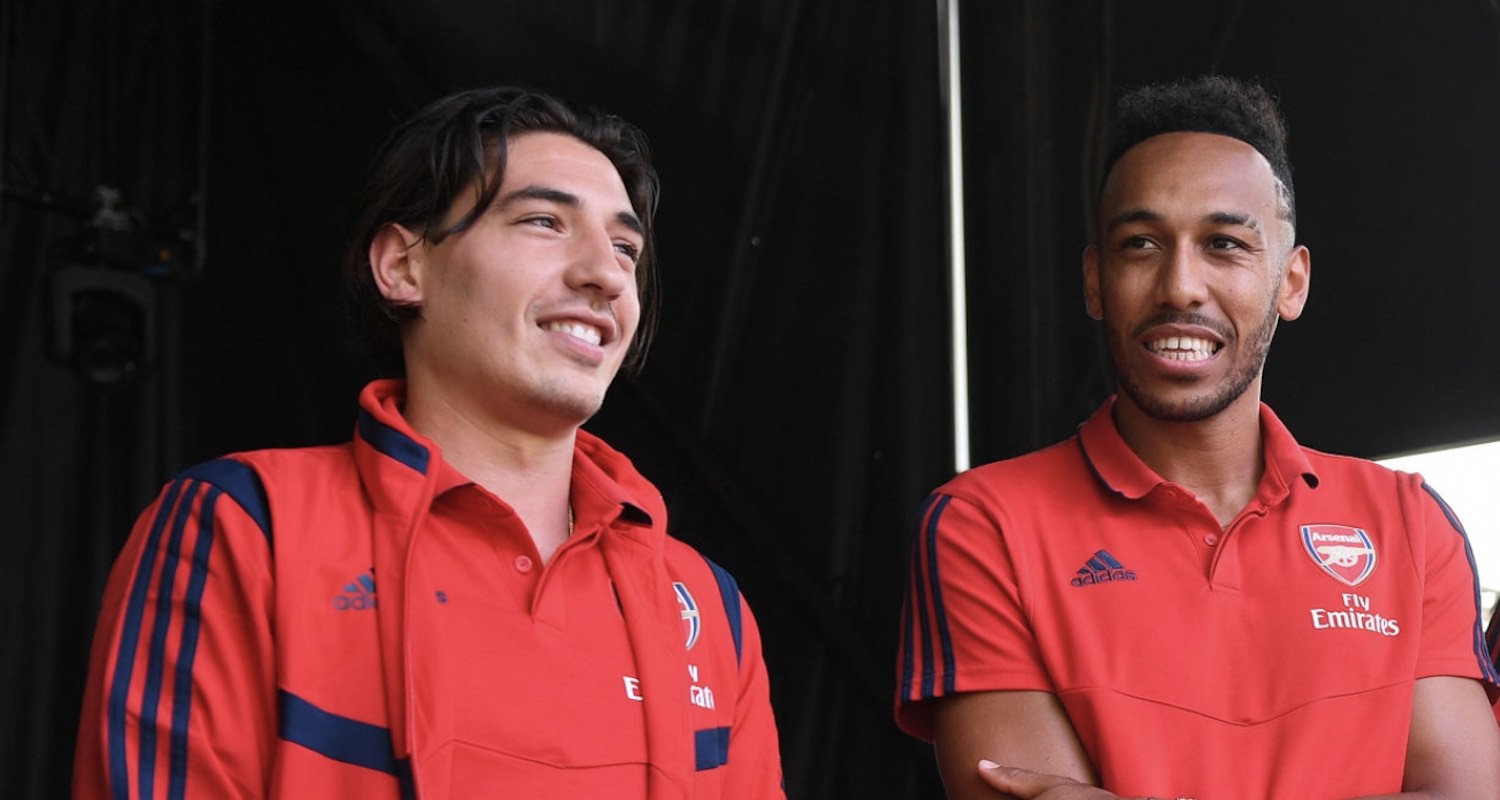 Hector Bellerin was among many footballers who posted a statement last night announcing an initiative called #PlayersTogether to raise funds for, and help out, NHS related charities in an effort to combat Covid-19.

Players have been in the spotlight recently because they earn a lot of money, and at a time when ever resource is precious in the fight against this disease, it has been suggested they should put their hands in their deep pockets and make a contribution. Discussions among the captains of each club have taken place, and a decision was made to set up a fund to directly support the NHS via NHS Charities Together, an umbrella organisation of over 150 charities.

The contributions that this initiative will generate will help NHSCT quickly grant funds to the front line to support in a number of ways, including to help enhance the well-being of NHS Staff, volunteers and patients impacted by COVID-19 as well as helping them in their work supporting many other critical areas of need both now and in the longer term.

#PlayersTogether is about we, as players, collaborating together to create a voluntary initiative, separate to any other club and league conversations, that can help get much needed funds to those that need it right now. To try and help, along with so many others in the country, make a real difference.

Our prayers and thoughts go out to everybody affected by this crisis. By sticking together, we will get through this.

I guess some will be cynical, but on the face of it this seems like a good way to make a direct contribution and to ensure the money goes where it should. I think it’s also worth pointing out how complicated an issue this is. By any standards, football players are rich. They earn a lot of money, and almost all of them can afford to donate a percentage of their wages to this, which is apparently how it will run.

When you get down to macro level though, issues present themselves. Would Arsenal players want the money to go to charities in North London, for example? Those in Liverpool, Manchester, Birmingham etc, would want to fund organisations/hospitals etc in their local communities.

But this isn’t simply a UK problem. The Premier League is full of players from all over the world, and each one of those countries is going to face similar strains and pressures on their health services and societies. It seems reasonable that if they are going to donate to charities, they’d want to include ones close to home, close to their families and friends.

Some players can afford to give more than others. That seems obvious. But a lot of the narrative around this, to use a wanky word because I think it’s appropriate, is predicated on the assumption that players are sitting around in their mansions, swimming in gold coins like Scrooge McDuck, as their staff feed them grapes like Roman emperors.

Not all, but many of these guys, have come from humble backgrounds and realise how good they’ve got it. They provide support not just to their families – extended families too – but to organisations, charities, fund-raisers, and social schemes of all kinds. Some local, some back home, but because they don’t shout about it, nobody knows. I think most of us contribute to causes which mean a lot to us, whether that’s because of personal experience, a sense of responsibility, or something else, but you don’t ring a bell and make an announcement each time the direct debit comes out of your account, do you?

So when people are shouting from the sidelines for players to do more, bear that in mind. Now, they’ve done something which is going to raise a lot of money and directly benefit the organisations that need it most at this moment in time. Please don’t say it’s not enough without turning the spotlight they’ve been under on those with even deeper pockets who could do even more.

This, by the way, remains a separate issue from the concept of players taking cuts to protect jobs at their clubs. We continue to hear talk of a 30% pay cut, and again that seems reasonable when the lives of day to day staff are being impacted, and in many cases the very future of a club’s existence might be at stake. Again though, these are complex issues.

A lot of what players earn come in the form of contractual incentives. Appearance money, goal bonuses, win bonuses, increases based on the number of times they play per season, loyalty bonuses and so on. Without football, those earnings are gone anyway, so some players might feel they have already taken a pay cut based on what they had expected to earn. Again, this isn’t to elicit sympathy for them, but to illustrate that it’s not as straightforward as people seem to think when discussions like this take place.

Anyway, perhaps now that the #PlayersTogether initiative has been announced and will get underway, footballers can be relegated from the front pages and the focus can shift onto more important things. There’s still so much to do to combat the spread of Covid-19, and unfortunately it’s still viewed by some who should know better as an economic inconvenience rather than the catastrophic health issue it is, first and foremost.

We can do our little bit, and that little bit helps.

Back tomorrow with more and a brand new Arsecast. Until then.