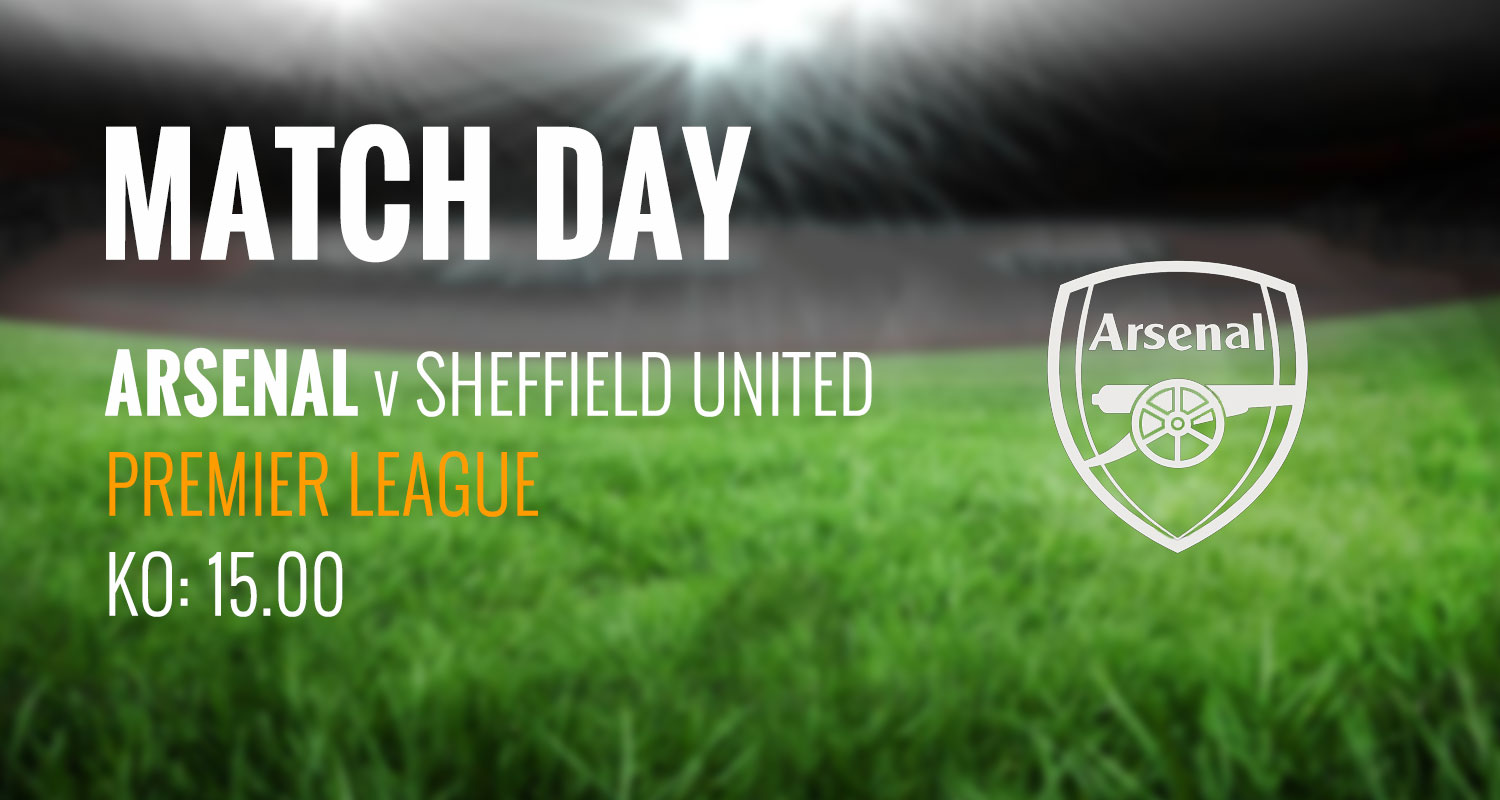 Arsenal take on Sheffield United at the Emirates today, and at the time of writing the newly promoted side sit in sixth position, four points clear of us.

We know fine well they’re not a team to be taken lightly. I think we made that mistake once already this season, although it’s hard to know if it was complacency or the turgidity of Unai Emery’s football which saw us go down 1-0 at Bramall Lane. Probably a bit of both.

Ahead of today’s encounter, Mikel Arteta has made it clear to his players that underestimating today’s opposition is not acceptable. Having told them what to expect from Leeds, only to see us played off the park in the first half, I suspect there was an edge to his messaging on the training ground. In public, he said:

I’ve been very impressed. I’ve seen a lot of games and everything is prepared. Everything they do has a real sense, they are really difficult to break down.

The solidarity in their team is incredible, how hard they work for each other and they have very clear principles – in attack and in defence, restarts of play, set-pieces – with what they want to do. So it will be a very difficult test. I already warned the players.

So, any player who turns up thinking this might be in any way routine – whatever that even is for us these days – will find themselves in hot water. The big issue for today is where the goals are going to come from. Pierre-Emerick Aubameyang is suspended for the next three games, and everyone knows how reliant we are on his goalscoring.

It’s not as we don’t have players who can get goals, it’s just that right now we have players who can score but don’t do it anywhere near often enough. You have to go back to December 5th for last time Alexandre Lacazette found the net; Nicolas Pepe has just three Premier League goals to his name; while Mesut Ozil has yet to score in any competition this season. He’s certainly capable of better than that. Understandably, that’s not the kind of goalscoring form that would give you a great deal of confidence, but in the absence of the captain, I think we need to look at these three in particular as the players who can take up the slack and make sure we don’t miss him as much as we fear we might.

Lacazette’s woes in front of goal are obvious. Arteta said he could have had four or five goals in the last few games, but that sharpness and conviction in his finishing is not there. The other aspects of his game are things the manager has praised fully, and I don’t think there can be any criticism of his effort, but that can only go so far. He is now our main striker and we need him to score goals. Asked how he can get the Frenchman firing and confident again, the manager said:

You can help him by talking to him and giving him confidence, but that ball has to end up in the net. I think that’s the best medicine for strikers. What we have to try to do is put Laca in positions where he can have as many opportunities to do that as possible during a game.

When it comes right down to it, he needs to start converting those chances. There’s an onus too on the players around him to create, but it really feels like even a scrappy one would do him the world of good and lift the burden he’s obviously feeling.

As for Pepe, he’s now well into the sixth month of his Arsenal career. Issues that we all understand like adaptation to a new league, a new country and language, playing in a team which was a hot mess for most of the campaign, and so on, are a reasonable explanation – if not excuse – for his contribution so far. It’s been ok, but with a transfer fee like that comes the expectation of a bit more.

Now feels like a good time for him to push on. He’s settled, he surely understands the Premier League and its demands, and he’s working with a coach who will make it very clear to him what he wants from him, what he expects from him, and how he wants him to deliver for the team. It’s pressure, of course it is, but that’s professional football at any level, and it would be very timely if we could see the Pepe that we paid £72m for between now and the end of the season.

What Arteta has done very well since his arrival is address our fundamental flaw – the shape and structure of the team. It played a huge part in the defensive weaknesses we saw week in, week out. As soon as things went wrong, we went to pieces. There was no concept of solidity. We basically ran around like a collection of individuals whose hair was on fire. Now, we look far more compact, and although there are still issues, they’re much less obvious. There’s a control to our play that has massively diminished the threat of the opposition, even when they have the ball for sustained periods.

What he has to do next is build on that platform, and get the team ticking from an attacking point of view. Finding that balance is tricky, but in order to win games with greater frequency, we need to be more clinical and more potent in the final third. It’s something that will take time, but hopefully we can find a way to make that work today.

As ever, we’ll have live blog coverage of it for you, so if you’re unable to see the game, check back here for a post with all the info, or bookmark our default live blog page and updates will begin automatically. You’ll find the match report, player ratings, stats and all the rest on Arseblog News post-game.