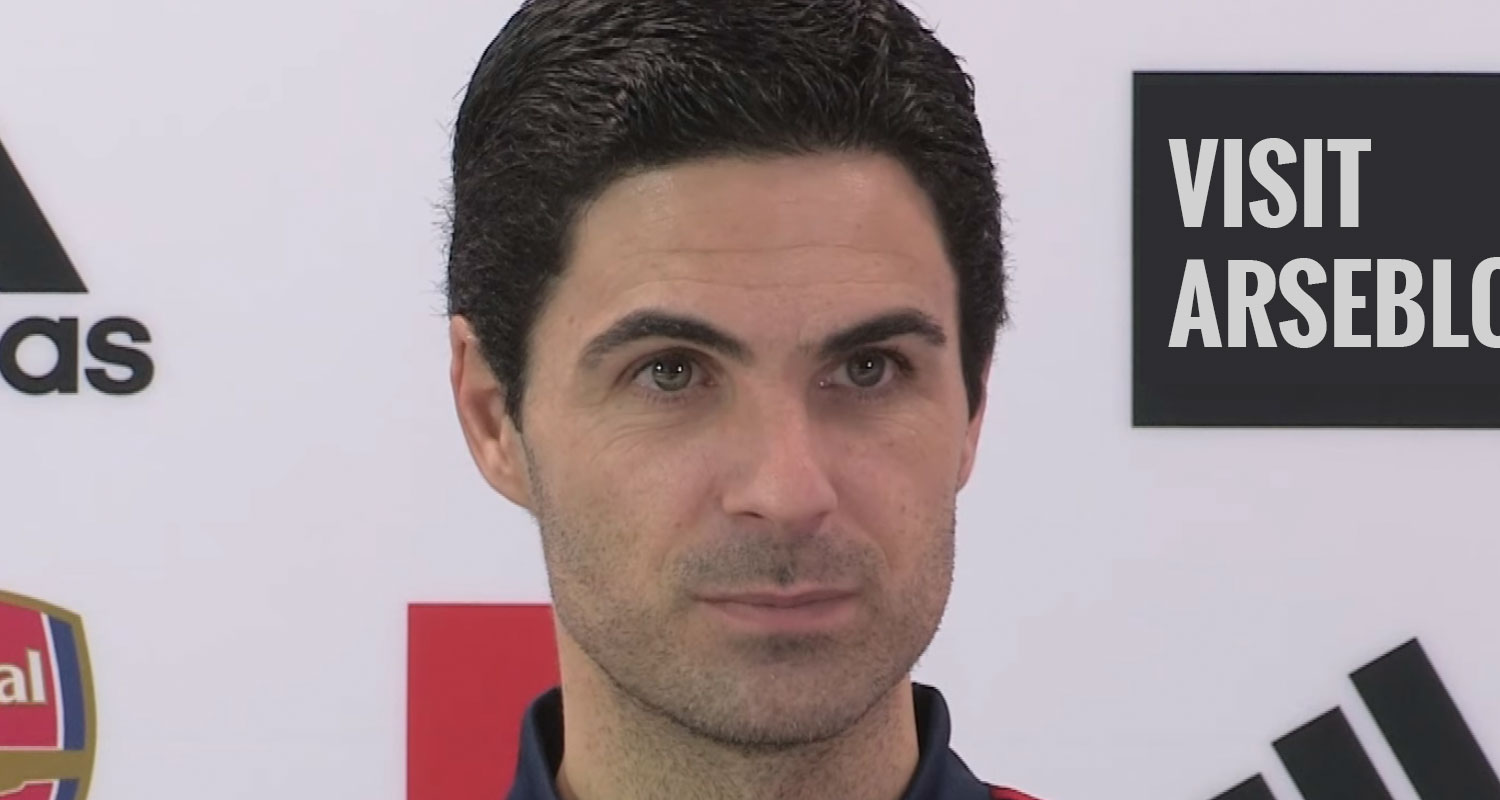 Mikel Arteta met the press yesterday ahead of the game against Crystal Palace at Selhurst Park. We’ll preview it properly tomorrow, but beyond Hector Bellerin’s hamstring and the long-term injuries to Calum Chambers and Kieran Tierney, he’s got a full squad to choose from. That’s in marked contract to our opposition tomorrow – as you’ll hear if you listen to today’s Arsecast – and is obviously very welcome after what has been a pretty physically demanding period.

It means he can do a bit more on the training ground, something which he’s happy about:

We had some time to train a few things that I wanted to start implementing. It is nice to have a few more players back, a few from injury, and a bigger group where we can be not just match, post-match, recovery, pre-match all the time. So I am pleased.

Arteta is obviously an ideas man, there are things he wants to do with his team that will take time and practice. Pre-season is such an important time for any manager, but of course he didn’t have that. Instead he was dropped in at probably the most difficult period of the season during Arsenal’s worst run of form in living memory. The fact that he’s had such a positive impact in those circumstances is pretty remarkable, now it’s about building on it, and maintaining it.

He was asked about transfers, as you’d expect. There’s more than a touch of Wenger about the things he says. We’re open to doing business, as any club should be, but:

I’m not expecting big things. I’m expecting big things from the players I have at the moment, the players that are recovering from injuries. That’s the biggest expectations from my side, they’re there. If we can find something to help us go through the season in a more balanced way in certain areas, and is helpful, we’ll look at the options.

Is he playing his cards close to his chest, keeping that classic Arsenal silence while we go about stuff in the background, or is he being completely honest? The thing is, we just don’t know because he’s only been here a wet weekend. With Arsene we knew him inside out, we could read between the lines, that’s not quite possible with Arteta yet.

My gut feeling tells me he’s probably being fairly honest about it. I’m not expecting big things either. I am expecting something, but I’d be very surprised if it was the kind of deal that had people jumping for joy. There’s a very real need to reassess our recruitment policy, and January is not the ideal time for that. Of course we have to balance it all with our need for a player or two who might bring some depth and quality to the squad, but my suspicion is that without a sale, we’ll be looking at loan moves. Perhaps there will be a surprise, but I’m not going to hold my breath.

Arteta’s focus on getting more out of the players he has probably tells you that whatever strategy there is for new signings is based around summer business, and goes some way to provide real context to why he persuaded Granit Xhaka to stay. When a player’s agent goes public to say his client wants to leave, that he’s told the club and its hierarchy he wants out, and there’s a very public destination for him, that’s usually that. When you take into consideration the circumstances in which that declaration was made, Xhaka being stripped of the captaincy and all the hoo-ha that went along with it, the obvious end result is the player leaving.

However, Arteta talked to the Swiss international, and persuaded him to stay:

The first message for him was that I wanted to understand how he was feeling, why he was feeling that way. I wanted him to hear from me my opinion on him, and that I was ready to support him and that I was ready to push the club to be supportive of him too, because I thought he could be a really, really good player for us and he could enjoy playing under me in this football club.

I tried to convince him that way. He thought about it, he had a very positive response afterwards, and I think he changed his mind.

I think we all know Xhaka is an emotional guy, but also pretty headstrong. If his agent was coming out with that stuff, it was because he really wanted to leave Arsenal. That Arteta has managed to persuade him otherwise in such a short space of time is very interesting to me.

I think there are layers to this situation which are worth examination. Arteta’s desire for him to stay may well be entirely based on his opinion of Xhaka as a player, but it’s hard not to think there’s also a measure of expediency here. Like it or not, when you look at this squad, we need him and the chances of replacing him properly in January are very slim. In the first reports about the Arteta/Xhaka showdown, it was said the new manager told him he liked him, wanted to keep him, but would let him go in the summer if that’s what he wanted to do.

For me that made a lot of sense. Arsenal need a player now, but if he wants out, give us time to find a replacement. It might also mean that Xhaka could find a better offer than the one from Hertha Berlin, which feels like a step down right now in spite of the money on offer. It works for all concerned.

It also demonstrates that when Arteta said everyone begins with a clean sheet he was true to his word, and players will respect that. When you need to elicit performances from them, that’s important. Finally, it illustrated to me that when decisions need to be made for the benefit of the side that might not necessarily be the most popular among fans – and let’s be honest, Xhaka has been a pretty divisive figure of late – the new manager will do what he feels is best for the team.

The easy thing would be to acquiesce, send him on his way and garner brownie points for doing so, but he chose the trickier path, and I think he’s been rewarded for that by the player’s performances. We’ll have to see how long that lasts, but in the short-term he, along with almost everyone else, has improved, so that’s a win for Arteta.

Right, time for today’s Arsecast, with plenty of the menu like: A delicious starter of Arteta’s tactics; a main course of legal transfer issues; and for dessert a look ahead to the Crystal Palace game at the weekend. Listen/subscribe below, enjoy!