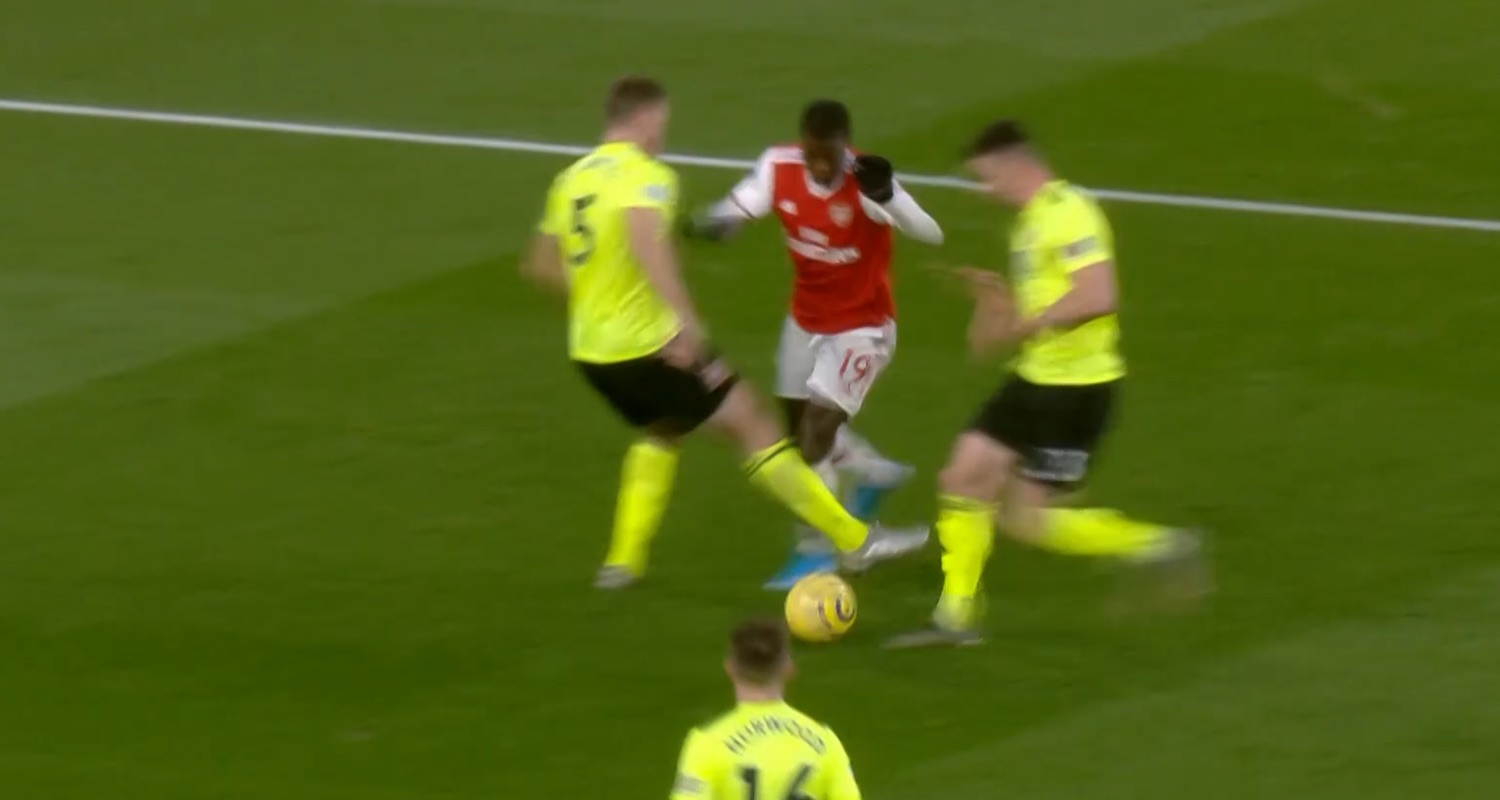 More late frustration at the Emirates as a late goal from John Fleck denied us a win which wouldn’t have been massively convincing, but at this point you’d take one whichever way it came.

It was interesting to hear Mikel Arteta refer to a ‘history’ of second half nerves and conceding. For all the positive things he’s done since he’s arrived, he hasn’t yet managed to shake that out of this group of players. I don’t think the visitors did a huge amount to threaten in the second half, although there were a couple of dangerous moments, but unless you find that second goal to give you some security, you always run the risk of being punished and so it proved.

The team was pretty much as expected, albeit Mustafi for Sokratis (illness) was a bit of a surprise, and the absence of Reiss Nelson was notable given how highly Arteta spoke of him beforehand. It turns out he suffered an injury in training which the manager said doesn’t look good, so whether that meant Pepe or Martinelli was drafted in, we don’t quite know.

Also as expected, Sheffield United were very good. They really are an impressive team, their work-rate, organisation and high press made the opening 15-20 minutes very uncomfortable for us. However, we did have the best opportunities of the opening period, twice Pepe’s pace and movement created chances for Martinelli – one of which he volleyed wide, the other a shot he never quite got his foot around.

We grew into the game though, and began to deal pretty well with the opposition. It was interesting to watch the structure of the team – Granit Xhaka, who I thought had an excellent game overall, slotted in as a kind of floating left-side centre-half, allowing the the impressive Bukayo Saka to get forward down the left. The 18 year old was very good yesterday, and at a time when transfer funds are clearly limited, I’d be far more inclined to keep him in that position until the more senior options are available again than spend money on an average player – particularly when there are other areas of the team which really could do with investment.

It was Saka’s cross that led to the goal – it took a deflection, looped over the defence, and Martinelli was there like a seasoned poacher to knock the ball home from close range and make it 1-0 just before the break. That’s nine goals this season now for the youngster, considering he just arrived from Brazil where he’d been playing in a regional league, it’s hugely impressive.

We wondered who would step up in the absence of Aubameyang, and he did that. What’s very clear right now though is that Arsenal are not scoring enough goals. In his six games in charge, we’ve only once managed to score more than one goal, in the 2-0 win over Man Utd. Martinelli did his bit, but after that we failed to create chances and test their goalkeeper. The only attempt on target in the second half came in injury time, and I think it’s generous to even call it that because it was a flick on from a corner which was easily dealt with.

At the other end Xhaka bailed out Leno who had come for a corner and missed it – not for the first time recently – the Swiss international cleared off the line. It wasn’t a game of many chances though. I know not everyone agrees but I thought we should have had a stonewall penalty when Pepe drove into the box and, in my opinion, was fouled. Did he make the most of it, sure – but he was blocked off, there was contact with the knee as the defender hung his leg out, and you see those given week in, week out. VAR had a look, VAR said no, the refereeing Palpatine Mike Riley was there in stands and no doubt did a bit of sex wee in his pants as Arsenal were denied an obvious penalty.

However, with the game inside the last 10 minutes, it looked as if we were going to hang on for the win. Guendouzi was about to come on to shore things up, but they worked it to the right, the cross fell for Fleck and his shot deflected a little off Maitland-Niles, bounced into the ground and over Leno into the top corner. 1-1, and with just a few minutes to play it was a hammer blow because we didn’t really look like scoring again. In fact, the visitors threatened more. Luiz and Maitland-Niles made superb blocks in our box as we crumbled a little, and Leno had to make a smart save from Besic.

Afterwards, the manager spoke of his frustration, and the need to make games more secure:

In the Premier League, if you don’t put the game to bed then in the last 10 or 15 minutes this type of team just need a long ball, a second ball, a set-piece, and you can give the points away. That’s it.

It was a disappointing day from an attacking point of view. The big names we needed to help us cope with Aubameyang’s absence didn’t really do that. Of the three, I thought Pepe was the brightest, particularly in the first half where his dribbling helped break through the Sheffield United lines, but it was another almost day for him and that price-tag begins to looms large over his Arsenal career so far. Mesut Ozil’s passing range wasn’t quite there, twice he overhit passes which you’d expect him to make in his sleep, while up front Alexandre Lacazette’s funk continues.

Some of that is down to a lack of service, the only shot he had in the entire game was the free kick he took just before he was substituted for Eddie Nketiah (a move with Chelsea in mind as much as his performance on the day, I’d imagine), but the goal drought is real, and it’s got to be something that’s a concern for Arteta. He’s trying to make this team click from an attacking point of view, and he hasn’t quite found a way to do that yet.

Overall, it’s obviously frustrating to concede late again, and this is a weakness that he’s got to find a solution for. I think we’re a team that’s trying hard, but which still has obvious issues with quality in key positions, and we’re just not quite getting the rub of the green either. A penalty which could have made it 2-0 would obviously have changed the complexion of the game, but we still have to take responsibility for what happens when that’s not awarded.

We now have to prepare for Chelsea on Tuesday evening, another stiff test for this group of players. What we’d give for a win there, but right now we don’t look like a team that has quite enough in terms of goals to be in any way confident about that. Meanwhile, an injury hit squad and a new manager receive no backing from those above during the January transfer window – and points dropped can’t be rescued. Tick, Tock.

As we said on the Arsecast on Friday, the rest of this Premier League season is, if not quite a write-off, a learning experience for Arteta, but in the heat of the moment and after another game without a win it’s difficult to think that way. We remain very much a work in progress, the scaffolding is up but what lies beneath requires a lot more attention.

James and I will be recording the Arsecast Extra later this afternoon. As ever if you have questions or topics for discussion, send to @gunnerblog and @arseblog on Twitter with the hashtag #arsecastextra – or if you’re on Arseblog Member on Patreon, leave your question in the #arsecast-extra-questions channel on our Discord server.

The podcast will be out in the early evening. Until then.