Home Arseblog, the arsenal blog Arsenal’s shortlist whittled down to two former players (by me!) 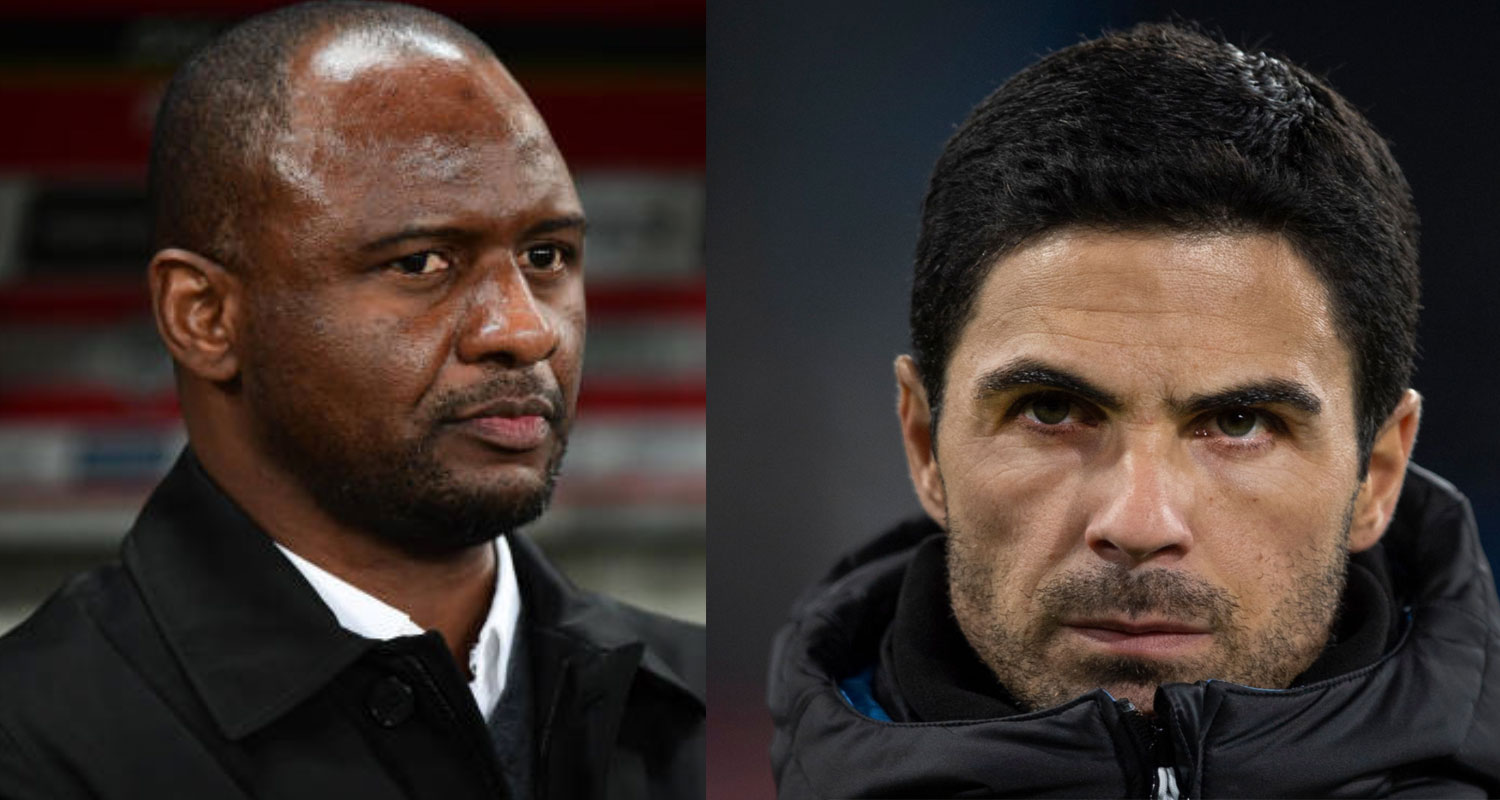 Suffice to say, the chaps have got plenty of names to discuss and debate over the next little while to come up with the right man. It seems that from what Freddie has been told, he’s working on a ‘game by game basis’. Maybe he can’t say anything else, but the fact he isn’t using any of his own staff after three games suggests he’s been told to work with what’s there – it was Per Mertesacker and goalkeeping coach Sal Bibbo beside him on the bench against West Ham.

Are Arsenal going to put someone in charge ahead of Thursday? I don’t think so. Or Sunday. Even if you really, really wanted the job, why would you make a wounded Man City your first game? You’d immediately be labelled the ‘Specialist in masochism’ if you did that. So, is next week likely?

Reports doing the rounds say that our primary target is a former player who knows the club, and that means the top two (leaving Freddie aside), would be Patrick Vieira and Mikel Arteta. Both tick the former player boxes, of course. Vieira captained the Invincibles and was a towering presence in two double-winning sides as well. His reputation as a player remains impeccable, even if some might suggest his constant flirtation with other clubs during summer transfer windows might have seen that tarnished in the social media/Internet age we live in today.

As for Arteta, he was a very solid player for us at a very unstable moment for the club. Having just been beaten 8-2 at Old Trafford after a summer in which the Cesc/Nasri sagas dominated, he arrived from Everton. An experienced player who brought structure to our midfield and while the team wasn’t necessarily built around him, he was a fulcrum for something of a rebuild. I’ve written about this before, I know, but Arteta and Per Mertesacker were two players who did so much to steady the Arsenal ship.

Given that they played in teams which never really challenged for titles, and at a period when the frustration with Arsene Wenger grew louder and more vociferous, maybe they don’t get the credit they deserve in the context we found ourselves in. It’s all relative, I guess. If you view success as coming only via the Premier League and Champions League, you can write it off, but without a trophy in nine years, we won three FA Cups and I don’t care what anyone says – those were great days.

Arteta is an interesting character. He’s a smart guy, who talks well and always took his job really seriously. From the outside, fans connected with him because of that. He wasn’t the best midfielder we’ve ever had, but he was exactly the right player at the right time, and he earned respect for it. Yet, if you talk to people, he’s not quite the Mr Popular you might think. There’s an edge to his character which doesn’t endear him to everyone. Whether that’s a good thing or a bad thing in the context of him becoming head coach is open to interpretation, but there’s a single-mindedness there and someone who is not afraid to ruffle feathers.

Then you look at the trajectory of the two men. The Man City thing is an interesting coincidence, Vieira ended his playing career there before becoming part of their Academy set-up. From there he managed New York City in MLS and is generally seen to have done well – improving the team. After that it was Nice. He guided them to a 7th place finish in 2018-19, his first season in charge, but right now they lie 13th having won seven, drawn two and lost eight in Ligue 1. It’s not been a happy campaign thus far.

He’s also not afraid to speak his mind. After a 4-1 loss to St-Etienne, he said:

Defensively, we lacked concentration and conviction in terms of positioning and our decision-making. We were catastrophic defensively, individually and collectively. This is a huge disappointment. I blame our squad for individual weaknesses.

Words that more than hint at dissatisfaction with the players he’s got – you can only imagine what he might be driven to when he has to work with the centre-halves at Arsenal. You can imagine him in a post-match interview just shaking his head, taking out a white-board and in Pictionary style drawing a massive turd when asked about more walkabout defending.

What Vieira does have when it comes right down to it, is first team coaching experience. Whatever you think of his record or performance in MLS or at Nice, that’s something Arteta doesn’t have. Which naturally makes him a riskier appointment. Nevertheless, he was suitably impressive 18 months ago that Arsenal were on the verge of giving him the job until the last minute parachuting in of Unai Emery.

I think what intrigues me most about the Spaniard is that even before he left the club, he was very clear about the kind of manager he’d be, and the kind of demands he’d place on his team. In an interview with the official website, he said:

My philosophy will be clear. I will have everyone 120 per cent committed, that’s the first thing. If not, you don’t play for me. When it’s time to work it’s time to work, and when it’s time to have fun then I’m the first one to do it, but that commitment is vital. Then I want the football to be expressive, entertaining. I cannot have a concept of football where everything is based on the opposition. We have to dictate the game, we have to be the ones taking the initiative, and we have to entertain the people coming to watch us. I’m 100 per cent convinced of those things, and I think I could do it.

I also think his football education, if you like, is quite fascinating. As a 15 year old he left his home town of San Sebastian to move to Barcelona. It didn’t work for him there, but what a grounding in the fundamentals their academy gives you. [update: no he didn’t, I got this wrong]; he had years under more functional bosses like Walter Smith and David Moyes; then Arsene Wenger and Arsenal; and since 2016 he’s working alongside Pep Guardiola, the one of the pre-eminent coaches of this generation. It’s quite a range of teachers to draw from, no question.

From what I understand, both of these men are very much in the frame to take over. Vieira says he’s not going to talk about it, but that doesn’t mean there won’t be an approach from Arsenal. Guardiola says he wants Arteta to stay at Man City, but also that he won’t stand in his way if an opportunity comes up. Like last time, there may be a last minute candidate that comes to the fore (I’d have a sneaky fiver on ‘Raul’s mate’), but I’m curious what you guys think.

If it were a simple choice between Arteta and Vieira, who would you pick? Poll below, I’m interested to see the results.

Right, that’s your lot for this morning. We do have midweek action with a trip to Standard Liege tomorrow, so we’ll focus on that. In the meantime, if you haven’t had a chance to listen to the Arsecast Extra, all the links you need to do that and subscribe are below. It was, at last, a goodly morning.