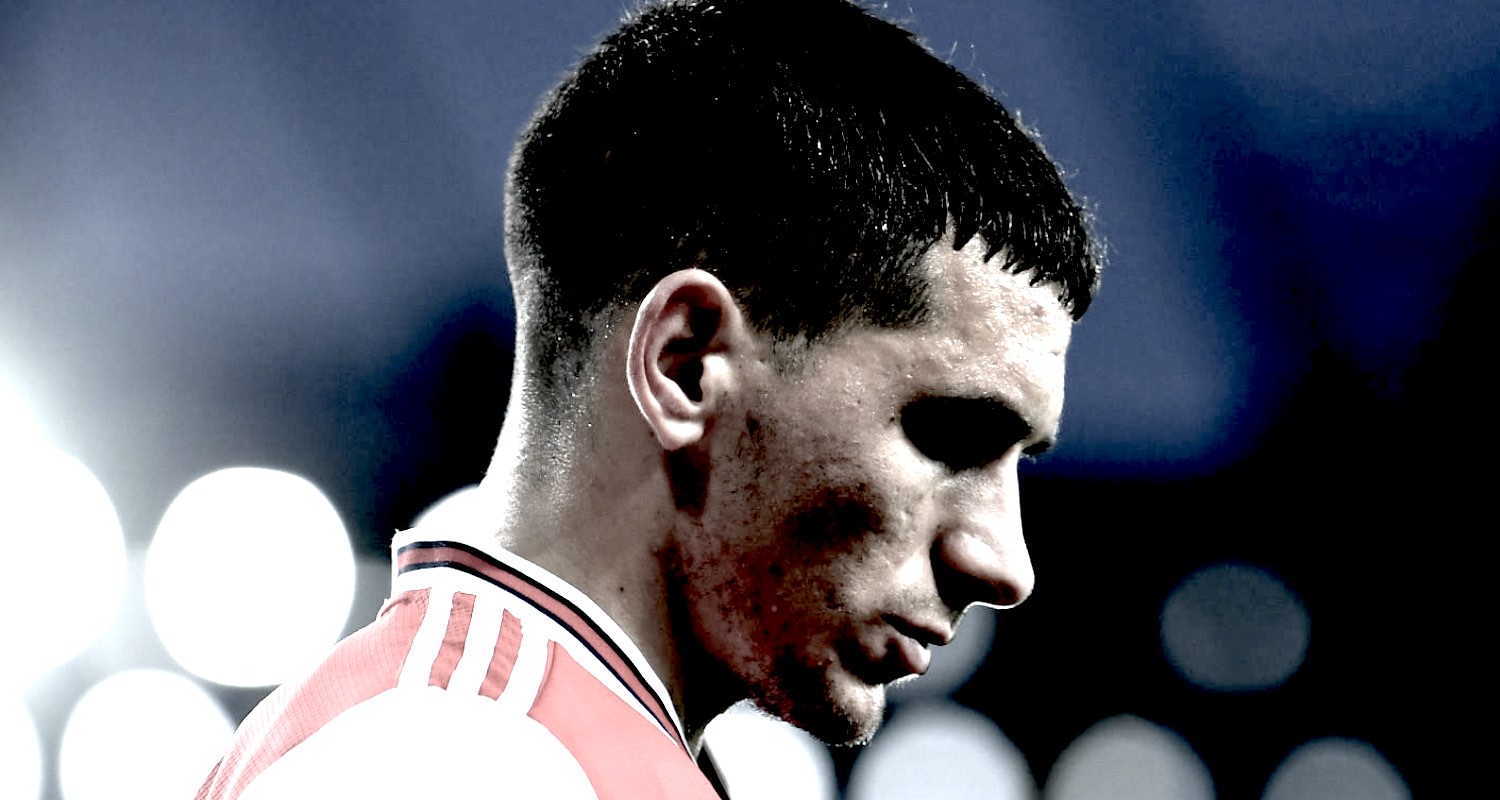 Morning all, it’s Friday and today we can start looking ahead to what is a massive Premier League fixture tomorrow. We visit Leicester – where we’ve lost for the last two seasons in a row (and also had a man sent off each time) – so that’s a hat-trick that Unai Emery will be keen to avoid.

Not just for the obvious reason that we need the three points very badly – or at the very least we need to ensure we don’t fall any further behind Leicester – but because he must know that another bad result puts his Arsenal future into considerable doubt. In midweek he looked and sounded like a man who was feeling the pressure, so it’ll be interesting to see how he comes across in his press conference today. More thoughts on that, the team news and so on, on Arseblog News throughout the day, and of course on the blog here tomorrow when we preview the game.

So, let’s look at something doing the rounds this morning. First up, via Sport Witness, suggestions that Lucas Torreira isn’t exactly happy with life at Arsenal and, frankly, who would blame him? The story comes from an Italian website, so there’s probably good reason for a pinch of salt to be taken, but they say he ‘isn’t living a good moment’, and ‘wants to understand his role in Arsenal’s project’.

For me things like this are another reason why there are questions over Emery. The results and performances are certainly the main driver of sentiment and disenchantment, but as discussed on the Arsecast today, things like Torreira, empty seats, the future of our two strikers etc, should be things the board are looking very closely at.

This time last year we were generally delighted with the signing of the Uruguayan. He’d taken a bit of time to bed into the team after a late arrival back from the World Cup, but was showing his quality and importance to the team. We remember that fantastic performance and goal in the North London derby which seemed to suggest his trajectory was on the up and up.

In the mists of time, I think we’ve forgotten how promising his performances were. Back in November 2018, I wrote:

I know they’re very different in terms of their playing style, but in some ways it reminds me of when we had Cesc Fabregas. His quality was such that when we lined up without him we felt substantially weaker, and that’s sort of how it feels with Torreira. I’d be immediately less confident if he wasn’t playing … he’s a player who brings qualities to our midfield which we haven’t had for far too long. We’ve had passers, and we’ve had combative players, but he’s both as well as being able to read the game and sniff out danger before it gets too close to our box (an important thing when you have a defence that is still very much a work in progress).

Perhaps a case of me getting a little carried away with a new signing, but I don’t think I was wrong in that he definitely made our midfield better when he was played in his best position. Since then, he’s found it hard going. He struggled a bit for form in the second half of the season, and now appears to be suffering from Emery’s insistence on re-purposing  him as a kind of attacking midfielder/hybrid 8-10/Coquelin-style press instigator.

He is a talented player and thus isn’t completely out of his depth, but it’s not where he’s best. Remember how we signed him? Sven Mislintat, with his magic scouting software, looked at a player like Ngolo Kante, crunched the numbers, and asked it to spit out some names of players who had similar qualities, stats and attributes. Torreira was one of those names, Sven scouted him intensely to ensure he was the right fit, and while Emery was urging Arsenal to splash out £35m on 29 year old ex-Stoke and Blackburn clogger Steven N’Zonzi, the club rightly overruled him to bring in a younger, more dynamic player with much higher potential and room to develop.

Maybe in his first season the manager felt he kind of had to use Torreira in the position we bought him for, and as I’m writing this now I’m just wondering if there’s any connection between the departure of Mislintat in January of this year and the player becoming increasingly peripheral to Emery. A few weeks ago Emery talked about how much he wanted Arsenal to sign Fabinho last summer, a player far more similar to N’Zonzi than Torreira, and it seems obvious that for the manager a player of that stature is his clear preference for the base of his midfield. Whatever else he might be, Torreira is not that.

So, now we have a 23 year old talent who has qualities we need, and the potential to become a key member of the first team squad in an area which remains a problem for the team, being played out of position. Our midfield hasn’t worked properly for any consistent period since Emery arrived. His various Xhaka + 1 or 2 combinations haven’t proved the answer, yet he’s still faffing around using Torreira in the Europa League or playing him where he must know he’s not going to perform to his best level. It’s almost like sabotage, and the asset we thought we had – both as a player and in terms of his market value – is depreciating under Emery.

If Torreira is trying to understand his role at Arsenal, welcome to the club. If he’s at a point where he’s questioning his future because his manager insists on playing him in a position that doesn’t really suit him or the team, that would be completely understandable. And if he did decide he’d had enough and wanted to go back to Italy, Arsenal have a problem because midfield is a mess and we still need to find somebody with the defensive instincts that Torreira has shown when used properly.

This is where, I think, the role of Technical Director becomes important. Do the club want to sell and try again, or do they have faith in Torreira’s talent and ability to make the grade at Premier League level? If it’s the latter, they have even more to consider regarding Emery because the way he’s being used right now is not good for the player, the team, or the balance sheet.

Right, that’s your lot for this morning. There is a brand new Arsecast to get in your ears, with lots of Arsenal chat, a Leicester preview, and some Arsenal related Simpsons waffle. Listen, subscribe, share, do the thing. Have a good one.