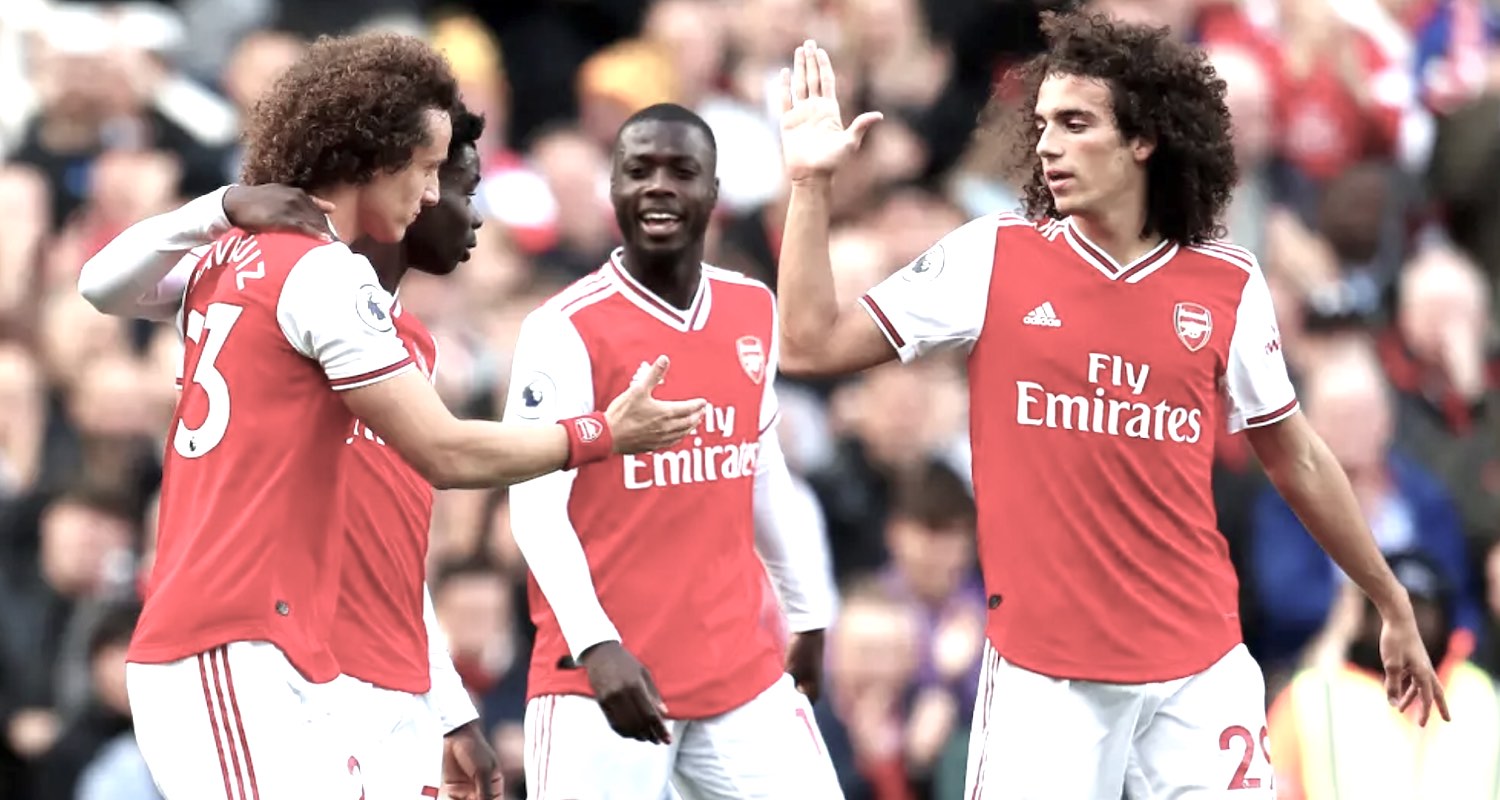 As ever with Arsenal, or any football club I guess, there were positives and negatives about our 1-0 win over Bournemouth yesterday. It would be reasonable to start with the good stuff, so let’s do that.

There’s an interesting schism developing between people who believe the result is the most important thing, and beyond that there’s no discussion to be had. I mean, of course the final score is the single most important thing, but it doesn’t exist in a vacuum. I’m going to talk performance in a bit, but as we’re on the positives, let’s just say the three points were very welcome, they put us into third place in the Premier League, and that’s a good position to be in going into the Interlull.

It’s the first time we’ve kept a clean sheet in the league since the opening day when we beat Newcastle 1-0. Unai Emery spoke about the need for defensive improvement, and while the visitors did have some chances – one in particular that they spurned midway through the second half – we weren’t being bombarded and defensively we looked fairly secure.

Not necessarily a massive positive but it’s good that someone else scored because we’ve looked very reliant on Pierre-Emerick Aubameyang in recent times.

The Ivorian is still finding it hard to make an impact – although I thought he might have had a penalty yesterday after what looked like a fairly obvious foul to me – so anything that gives him a bit of confidence will be good. It was from his delivery that Luiz headed home the only goal, so a match winning assist is a decent contribution when it comes right down to it.

We’ve seen him have a hard time at right back in the past, but he looks far more comfortable there in recent times. I suppose the timing is a bit funny because Hector Bellerin is coming back and he’ll take that position on a regular basis when he’s fully fit, but Chambers looks like a player determined to play his way into the manager’s thoughts and what he did yesterday, on top of the last few weeks, merits serious consideration from Emery.

So, there were things that we can obviously be pleased about. On a weekend when Man City, Man Utd and Sp*rs all lost, we got three points under our belts and nobody can take those away from us.

You know it’s coming through, right? A great big BUT (and I cannot lie), there were also things that we should be a bit worried about it. I don’t think it’s at all unreasonable to be pleased with a result but also have some concerns about the performance. Where you stand on the results v performance question is up to you, but I believe focusing solely on the final score isn’t the right way to provide any kind of meaningful analysis.

‘We won, what are you worrying about?’ was something that I saw a bit on my Twitter timeline, and I’m not going to be critical of people with that outlook. In some ways I’m a bit envious because your mind is more at ease than mine, but after what I thought was an ok first half against a Bournemouth team who were as bad as team I’ve seen in a long time, we had a really difficult second period.

I was hopeful that with a one goal lead at the break, and having seen the paucity of their performance, we’d come out in the second half and really turn the screw. That wasn’t the case. Emery said we lost confidence, and intimated that it was down to inexperience:

We lost a bit of confidence. We have a lot of young players and we need also to take experience, take minutes and to know that difficulty inside the pitch.

That doesn’t really tally with the fact that Bukayo Saka was the only real youngster to start the game, and if it was a problem, why did he try and solve it with more inexperience in the shape of Martinelli and Willock? Bournemouth were better in the second period, but it would have been difficult for them to be much worse, yet we found it almost impossible to cause them problems.

We had a shot in the 64th minute which was a speculative volley from Calum Chambers that didn’t come close being threatening, and it took us until the 83rd minute to have another attempt on goal when Martinelli curled a decent effort not far over the bar. Late into injury time Aubameyang hit the post, but VAR would have found him offside if it had gone in, and that was it. It’s not great anyway, but against a team who played as poorly as Bournemouth did yesterday, it’s got to be a worry. Aubameyang cut a frustrated figure yesterday, and who could blame him? We have one of the hottest strikers in world football right now, and at home against a side like Bournemouth we gave him no service whatsoever.

Now, if this was a one off you could put it in a little box and forget about it, but it’s not. It’s a recurring theme this season, and familiar from last. Emery’s sides struggle for creativity and offensive potency. There are days it clicks, but they’re not as frequent as they should be, and in many ways yesterday’s win reminded me of some of the victories in that 22 game unbeaten run last season. Games we took three points from but often unconvincingly, perhaps with an element of luck that the opposition didn’t take their chances. Why Wilson chose to square it instead of shooting when he rounded Leno early in the second half is a question I’m sure kept him awake last night, but we got away with it.

Ultimately, the level of our performances last season suggested that at some point there would be an equalisation of some kind – when you don’t get the luck, when the opposition do take their chances, when you don’t make chances of your own, and you drop points. The warning signs were there, and it happened at the end of the campaign when we took just 8 points from our final 21 and missed out on 4th by a point. When you consider the fact we dropped points against Everton, Palace, Wolves, Leicester and Brighton – and barely scraped three points against a Watford side down to 10 men for 80 minutes, it’s an unpleasant reminder that some of what we’re seeing this season is far too reminiscent of the last campaign.

On the Arsecast Extra after the tedious 1-1 draw with the worst Man Utd side in living memory, James and I spoke about our style, and it sparked a lot of debate. My worries about how we play aren’t simply because I want Arsenal to excite, enthrall and entertain. Obviously if we could do that it would be great, but when it comes right down to it, the ability to play good football, control games and consistently threaten the opposition increases your chances of winning across a 38 game season. I don’t think you can play like this week in, week out, and expect to achieve what we want to achieve this season.

Some will say we’re grinding out results when not playing well, and that’s a good sign. But that’s only really true if the grinding is a temporary thing. We’re grinding almost all of the time in the Premier League, so it’s not as if we’ll soon revert to the more accomplished football we play on a regular basis. I hope I’m explaining that well enough.

Bottom line: I am happy with the result, delighted with a clean sheet, and very pleased with our league position. I am also concerned about the performance. They don’t have to be disparate issues. If your only concern is the result, then fantastic, this is a lovely morning for you, but there is room for discussion and debate about how we play and what it might tell us about our chances of winning games in this league.