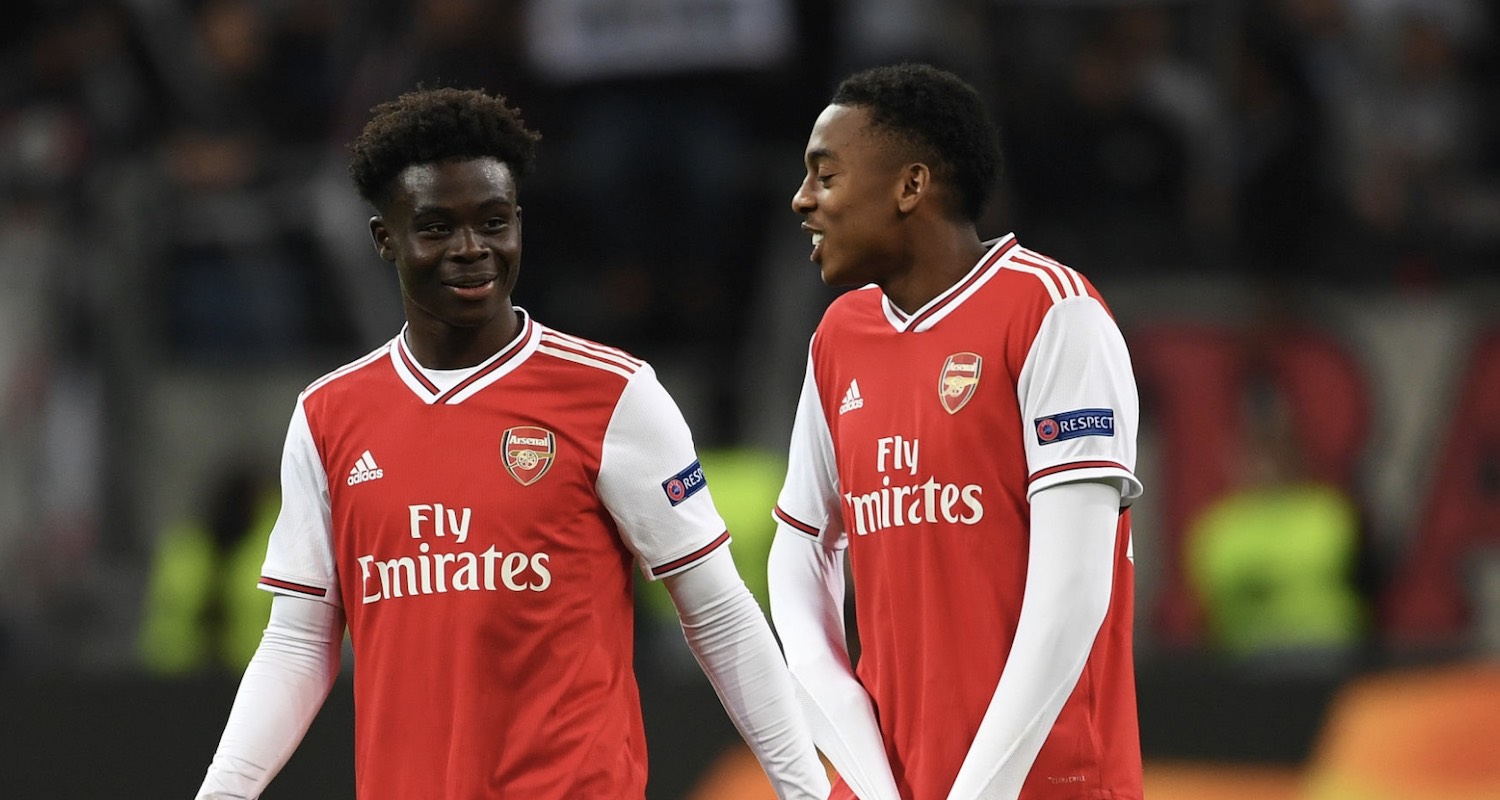 Ok, I know we conceded 24 attempts on goal to Eintracht Frankfurt last night, and that but for some wasteful finishing the outcome of this game might have been very different. In many ways this one reminded me of so many of the fixtures in our 22 game unbeaten run last season where we gave the opposition too many chances, but thanks to their wastefulness we weren’t punished.

We have just spent an entire week following the Watford game talking about this, where the problems lie, and how it’s a major issue for Unai Emery and his coaching staff. That remains the case. Last night was better than the 31 attempts we let Watford have, but it was still too many and we need to sharpen up. It is not breaking news though, we all know it, and at this point there’s not much to be gained from going over it again – except to say that hopefully we’ll be better against Aston Villa this Sunday.

So this morning, let’s focus on the positives, and those are a win away from home, a clean sheet no less, and two young players (and one not so young one) really catching the eye with fantastic performances. Let’s start with Joe Willock. I’ve been banging this particular drum since seeing him during pre-season in the US, and there’s no doubt in my mind that we’re seeing the emergence of a player who has the potential to be a first team regular for Arsenal for years to come.

He’s just 20 and he’s got a lot of work still to do to make that happen, but the signs are just so encouraging. Maybe it’s a lazy thing to do to draw comparisons between him and midfielders of the past, but while many are touting him as the new Vieira, he reminds me more of Aaron Ramsey. He’s a really brave player whose entire game is based around being positive, and his knack of arriving in the box at the right time is reminiscent of the Welshman. He missed a chance in the first half, set up by Aubameyang who spotted his perfectly time run, but his head never went down.

The combination with Bukayo Saka for our first was excellent, and while the finish got a bit of luck, you don’t get that without the determination and perseverance he showed to get himself into that position and to have the shot. Look at his starting position when we get the ball back to start the move – the energy! 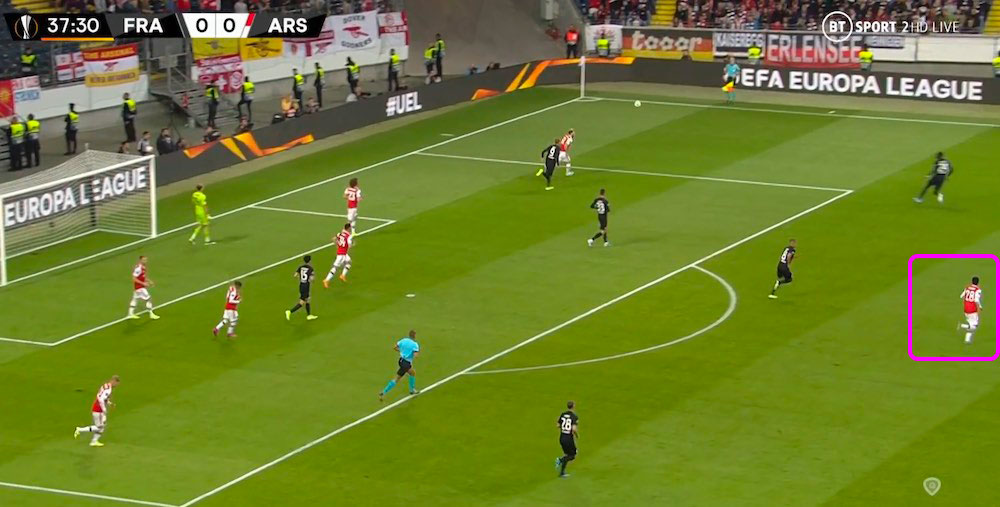 There was that sensational box to box burst in the second half which saw him create a chance for Aubameyang, and when he picked up his 63rd minute yellow card, it came from him covering the right back position. We can all see his offensive quality and his desire to get forward, but another key component of his game is a defensive awareness coupled with a willingness to cover those hard yards to get back.

At that point, I thought he was going to be nailed on for our outfield man of the match, but as the game went on, the more Saka grew into it. He’d started slowly, looking a little unsure of himself but as it went on he realised he had nothing to fear at this level or from his defensive opposition. He played a part in the Willock goal, he almost created a couple of clear chances for Aubameyang, and in the final stages – after his direct running with the ball led to their red card – he burst into life.

His first Arsenal goal was superb. It began at the back with Martinez throwing it out quickly to Xhaka who drove on, played it outside to Pepe, and the Swiss international kept running to take a defender with him which helped create the space for the shot. Pepe fed Saka, he took a touch, saw the keeper, and left him no chance with a curling effort into the bottom corner. How much did it mean to him? Well …

It’s a very proud moment and I’m just so happy. It’s a dream come true, since I was as a kid I’ve always dreamed of scoring for Arsenal’s first team, so now I’ve done that and I just want to do it more and get that feeling many more times.

Not content with scoring, he got himself an assist for Aubameyang to put the seal on the game. He won the ball back high up the pitch, his pass inside the defender was perfect for the striker, and he rolled the ball home for his 7th goal of the season. This was only his second senior start for the club and of course we have to be circumspect, but it was a performance to be excited about on its own merits.

It’s also why I’ve been going on and on about giving young players a chance in this competition. Training and U23 football is fine, but giving them an opportunity at this level does more for their development than any training ground drill ever well. Last night both Willock and Saka demonstrated their potential, and it was great to see. If anything can make this interminable tournament interesting, it’s going to be watching our young players get chances like this.

A word too for Emi Martinez who is, remarkably, our longest serving player. At 27 years of age, he should have more football under his belt at this point in his career, and that was always a bit of a worry for me. However, his loan spell at Reading last season seems to have done him the world of good, and his performance last night was basically flawless. He made good saves, he was brave when he needed to be, looked assured with high and low crosses, and showed he’s certainly ready to be our cup keeper.

So, while there are things that remain troublesome, last night offered signs of encouragement for the future. To see two Academy kids come in and play that well is just brilliant, and we can do all the other stuff at a later date. I know there were worries over using Aubameyang, but I might touch on that over the weekend as we look ahead to Villa on Sunday. For now, watch the goals again, enjoy an away win, a clean sheet, and two young men who took the chance given to them with real aplomb.

I’ll leave you with a brand new Arsecast in which Andrew Allen and I go over the good and bad of last night, and lots more besides. Listen/subscribe below.