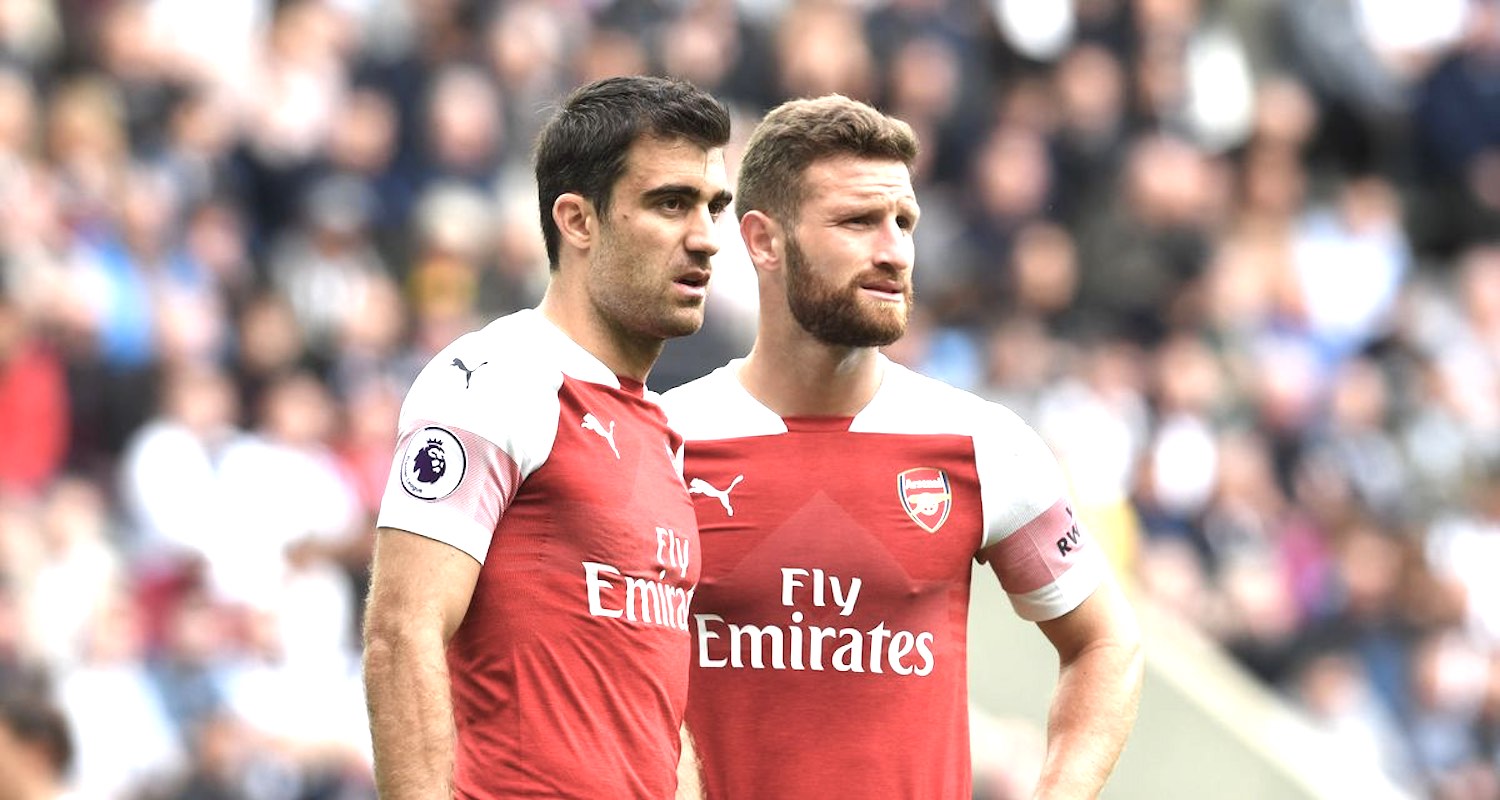 Regardless of your position on how things are going at Arsenal right now, I think there’s a widely held acceptance that we have a lot of work to do this summer in the transfer market. There are players who need to go, there are some gaps that need to be filled, improvements made and depth added.

It almost hurts my brain when I think about it, but think about it we must – and let’s not forget that things need to happen pretty quickly. The lateness of the Europa League final has had an impact as we waited to see if we’d have Champions League football and therefore Champions League money. We now we’ll have Europa League football and Europa League money which, despite what Raul and Vinai say, will make things more complicated and impact on the amount of business we can do and the quality of player we can attract. It’s already June, pre-season starts in a little over a month so we need to get busy.

I thought it best to break this down into two parts, so today I’ll focus on goalkeeper and defence, tomorrow midfield and attack. Let’s get it on.

Bernd Leno is number one, there’s no question about that. The issue is who is going to understudy him next season? The most obvious solution is Emi Martinez who, at 26, hasn’t played anywhere near as much as you’d ideally want, but he had a very positive loan spell at Reading in the second half of last season. There’s also Dejan Iliev, the 24 year old Macedonian, but with absolutely no experience of first team football, he could only be a third choice.

If I had to guess, I’d say we’ll use the cost-effective option of an existing player and give the role to Martinez, but a season-long loan deal for a grizzled old veteran wouldn’t surprise me at all.

Update: Thanks to @LanesraVek for reminding me that David Ospina is still an option. He has one year left on his contract, and it seems the move to Napoli is potentially off, so he could stay. However, we might choose instead to sell him for whatever we can get due to his contractual situation.

It’s interesting to see that we’re being linked with a move for PSG’s gigantic Belgian right-back Thomas Meunier. Like me, you might question the wisdom of spunking €25m of an already meagre budget on player in this position, but it’s an area in which we have issues that need to be addressed. Hector Bellerin’s cruciate means he won’t be back until around September, and then you need to ease him back into the season to ensure you don’t lose him again – which can often happen when players pick up niggles after a serious injury.

Stephan Lichtsteiner is gone – as he announced yesterday, Carl Jenkinson is surely to follow, and after that it’s Ainsley Maitland-Niles. I think we’re at a point with him where we need to make a decision about what he is. He’s done his best at right-back this season, but I’m not convinced it’s his long-term position. He might well be asked to deputise for the start of the season until Bellerin is 100%, but you could make a good case for a signing here.

Perhaps a young player from a lower league club ready to make a step up. People cite Liverpool’s signing of Andy Robertson from Hull as the kind we need to replicate, but it’s easier said than done. You’d also then need that young player to come in straight away at the start of the new season – Bellerin’s injury really is a complicating factor. There doesn’t seem to be anyone at youth level knocking down the door. There was talk of Jordi Osei-Tutu making the step up, but that’s gone quiet.

I think once Bellerin is fit we have one of the best right-backs in the league, the problem is what we do until such time as he’s 100%.

In my opinion the most crucial part of our rebuild this season is what we do at centre-half. We’ve muddled through the season with a back four sometimes, a back three at others, but more out of necessity than actual design. The need for a strong, commanding presence at heart of our defence is beyond any kind of debate now. For me it’s the number one priority for this summer.

I strongly believe that Shkodran Mustafi should be sold, and whatever funds we generate there reinvested into a new player. Sokratis will be fine, but beyond that things get a little tricky. Laurent Koscielny is 34 in September, and according to various reports is considering whether this might be the right time for him to leave. After nine seasons in which he’s put everything on the line for us, you couldn’t really begrudge him a move, although I’d prefer to keep him to maintain some experience and depth to the squad.

Rob Holding should be more or less back in time for the start of the season, so hopefully we can build on what was a promising first few months under Unai Emery last time around. Dinos Mavropanos is player who many have high hopes for, but we really have no idea whether he can make it or not. He’s played a handful of times in the 18 months since his arrival, sometimes looked good, this season he looked raw and inexperienced, and he might well need a loan move before we can make any real assessment. Of course he could stay, play more in the Europa League when we need to blood youngsters as part of our rebuilding process, and we can take it from there, but right now we can’t say he’s anywhere near ready to start week in, week out in the Premier League.

Another thing to consider is the return of Calum Chambers from his loan at Fulham. He played most of the season there in midfield, but I don’t think that’s where he’s best. Homegrown rules could well dictate his future, the fact that we gave him two new contracts in six months suggests somebody at the club sees something in him, and I firmly believe whatever that is will be at centre-half. A starter each week? Perhaps not, but he played well there for us at times in the 2017-18 season, he has another year of experience under his belt, and I suspect his versatility will secure him a place in the squad next year to add defensive depth.

There’s also Krystian Bielik who comes back from his loan at Charlton via the European U21 Championships which will mean he misses a chunk of pre-season. We don’t know what the club’s plans are for him, but you have to think he’s got an outside chance of involvement next season.

Another area where I think we need a signing, particularly as full-backs/wing-backs appear to be a crucial factor in how Unai Emery wants his team to play. Nacho Monreal is 33 now, and out of contract this summer. There have been whispers that he’s signed an extension for one more year, but nothing has been made official yet. The fact that he wasn’t part of the Goodbye Crew at the end of the season makes me think that’s probably true, because he’d have merited an acknowledgement of his time at the club if he were leaving.

Sead Kolasinac is too hit and miss for my liking. His strength is attacking, getting in behind and firing in low crosses, but while his contributions this season have welcome, there’s very much an element of throwing enough shit for some of it to stick. If you bang in 200 crosses in a season, chances are some will find their target and thus you rack up some assists.

However, what he does is far more down to the system than his individual quality. It’s not a job that would be difficult to replicate, and where the Bosnian falls down for me is a lack of subtlety and quality in the final third – as that moment in the Europa League final illustrated perfectly when he had the chance to feed the strikers but took a touch and blew it. On top of that, he’s a player who has never been convincing defensively, which is a fairly serious issue for a defender.

It’s a position I think we have to refresh. As for who stays to serve as back-up, you’d say that Kolasinac is probably the best option as he has youth on his side (he’s still just 25), but as someone who might generate some revenue via a sale he could well be a candidate for a departure. It would kick the can of replacing Monreal down the road a bit, but it wouldn’t surprise me either.

Right, that’s the first part of the rebuild analysis. I’ll do the second bit tomorrow, focusing on midfield, attacking midfield, and forwards. Keep an eye on Arseblog News for all the transfer reports – we’ve got the Poo-o-Meter running this summer to grade the veracity of the stories – and for now I’ll leave you with the new Arsecast Extra in which James and I enjoy the outcome of the Champions League final, remember Jose Antonio Reyes and lots more.

What exactly are Arsenal buying players for?