Home Arseblog, the arsenal blog Forget transfers and investment, all we need is a good kit 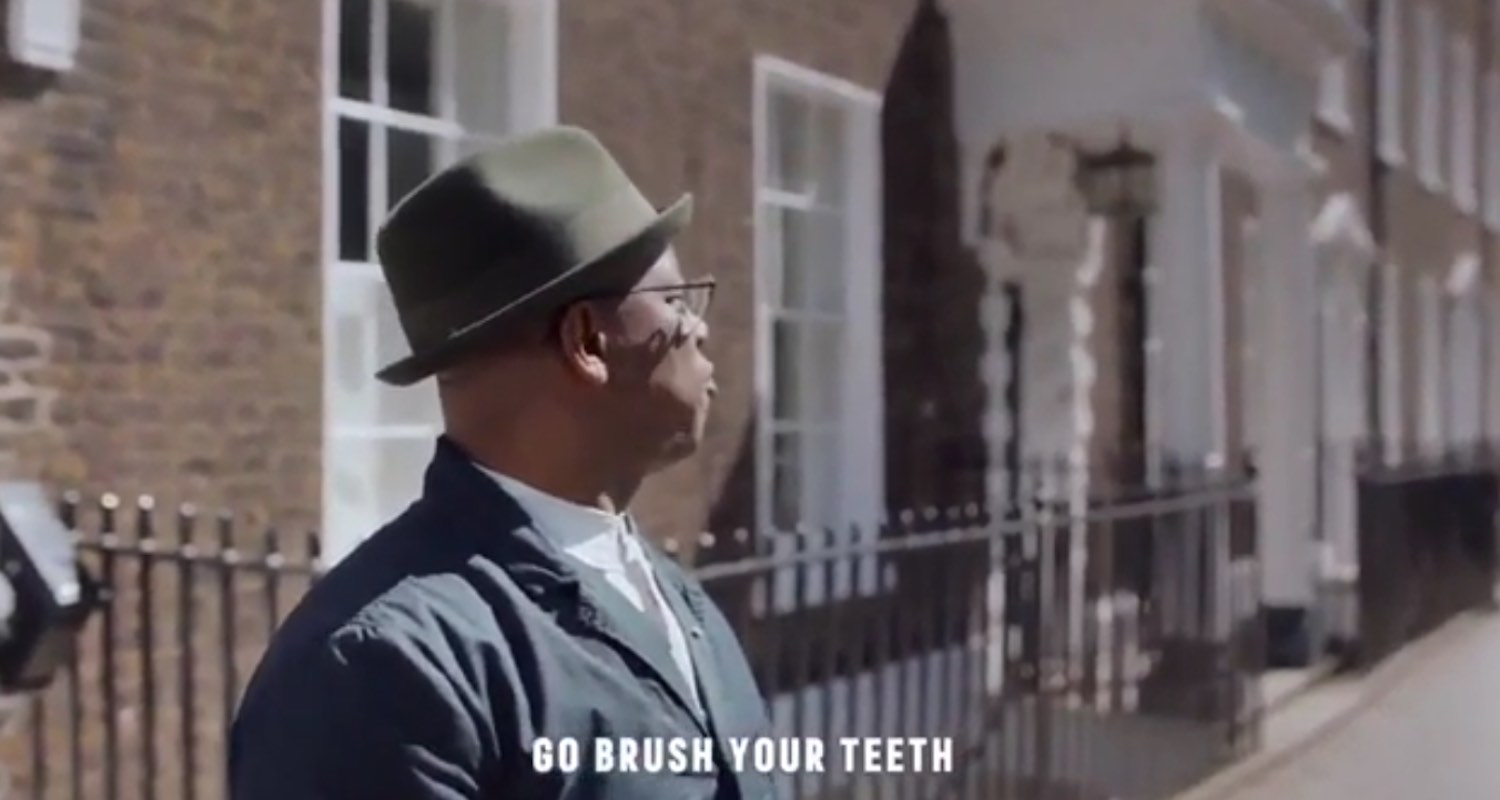 Another week has gone by, not a signing has been made. We’re like urchins, foraging in the back of cupboards for a scrap to eat. Oh look, there’s a Birds Eye potato waffle stuck to the back of the freezer. It appears to have some stuff growing out of it, but that’ll come off with a quick whack of a hammer. It’ll do. It’ll have to do.

But wait? What’s this? A smell wafts through. It’s familiar. Takes us back. It’s not edible, but we can take nourishment from elsewhere. It’s Ian Wright. It’s an Adidas kit launch video which leaked last night and was quickly withdrawn but not before everyone and their mother had downloaded it and uploaded it elsewhere. Watch it here.

And it’s good. The promo is good, (“GO BRUSH YOUR TEETH!” – Bafta for Wrighty, please),  but most importantly the kits are good. Really good. Having been served up some stinkers by Puma in recent seasons – kits and colours foisted upon us that were so bad I think everyone involved should be in prison doing hard labour – these look like real Arsenal shirts again.

So, we might be in a state of virtual transfer crisis. Our squad might be currently imbalanced and short on quality in key areas. We have very little money to rebuild with and we’re about to buy an 18 year old who won’t even play for us next season. The manager hates the star player and the star player hates the manager. Our owner is the football equivalent of the black and white movie villain, twiddling his evil moustache and tying the lady to the tracks while we can see the puffs of smoke from the fast approaching train (I don’t know who the lady is – whether that’s the club or a symbol of us as fans, or both – but you get it). The Europa League is horrible bag of shite. Every game looks difficult.

But man we are gonna look good as we scrap our way through next season. Forget Petr Cech – these kits are worth 12 points a season. Imagine lining up against Arsenal in the tunnel in the last few years. You look to your left and see 11 blokes standing around wearing a kit that’s the colour of an infected discharge from a manatee’s septic ringpiece. There’s nothing intimidating about that. You know you’ve got these guys beaten. They are are as insipid as they look.

Not next season. We’re proper red and white. An away kit that doesn’t make you ashamed to look at the players. Isn’t that really what it’s all about? Well no, it’s about a lot more than that, but if I asked you to give a talk in front of an auditorium full of people and dressed you in a pair of ill-fitting beige slacks and a scratchy turtleneck, you’re not going to feel confident and your performance will unquestionably be sub-par as you stutter your way through the speech. However, if I put you up there in a perfectly fitted suit from a Savile Row tailor then you’re going to look good, feel good, and knock it out of the park as you address the audience who will be in thrall to your every word.

Should professional athletes be able to put aside the fact they look like a shit toothpaste or a Stabilo marker pen? In an ideal world, yes. But they are only human. If you look across the pitch to see a teammate and your first thought is that he looks like six foot tall vestigial tail the colour of a dried out corpse you don’t want to pass the ball to him. If you think I’m joking, this is actually scientifically proven in the Journal of Science by Scientists. Professor Godfrey Twatschlock writes:

“Very real and not at all made up studies have made it clear that when a player is repulsed by the sight of a colleague, it can have a deleterious impact on his performance. We note that Granit Xhaka of Arsenal is particular susceptible to this on a sub-conscious level – hence the amount of passes that go straight to the opposition because he cannot bear to give the football to someone who looks like the mound of dinosaur faeces in Jurrasic Park.”

Now, if you want to sit here this morning and argue against the most scientific science anyone has ever seen, go right ahead. More fool you, I say, and you know what else you can do? That’s right. Go and brush your teeth. The rest of us will take comfort in knowing that things are finally, at long last, back on track.

Meanwhile, some exciting transfer news emerged yesterday as Shkodran Mustafi was linked with a move to Fenerbahce. I have to say this club, or indeed any other club in the world, would be an ideal fit for him and I wish him well there. I know there’s a tendency for transfer rumours that stem from Turkish publications to be especially spurious (think about how many times David Ospina was linked with a move to a club there), but I firmly believe this will happen because, as we all know, simply believing in something is what counts. Facts, evidence, and circumstances play no part in anything anymore. So if we all get Helmets of Belief on, this could go through.

Right, I’ll leave it there for today. For some extra reading Tim’s column this week sets out the three point plan for Arsenal’s rebuild (it doesn’t include kits for some reason?). And for your listening pleasure, a brand new Arsecast chatting about everything you can think of related to what’s going on at the moment. Get it into your ears!