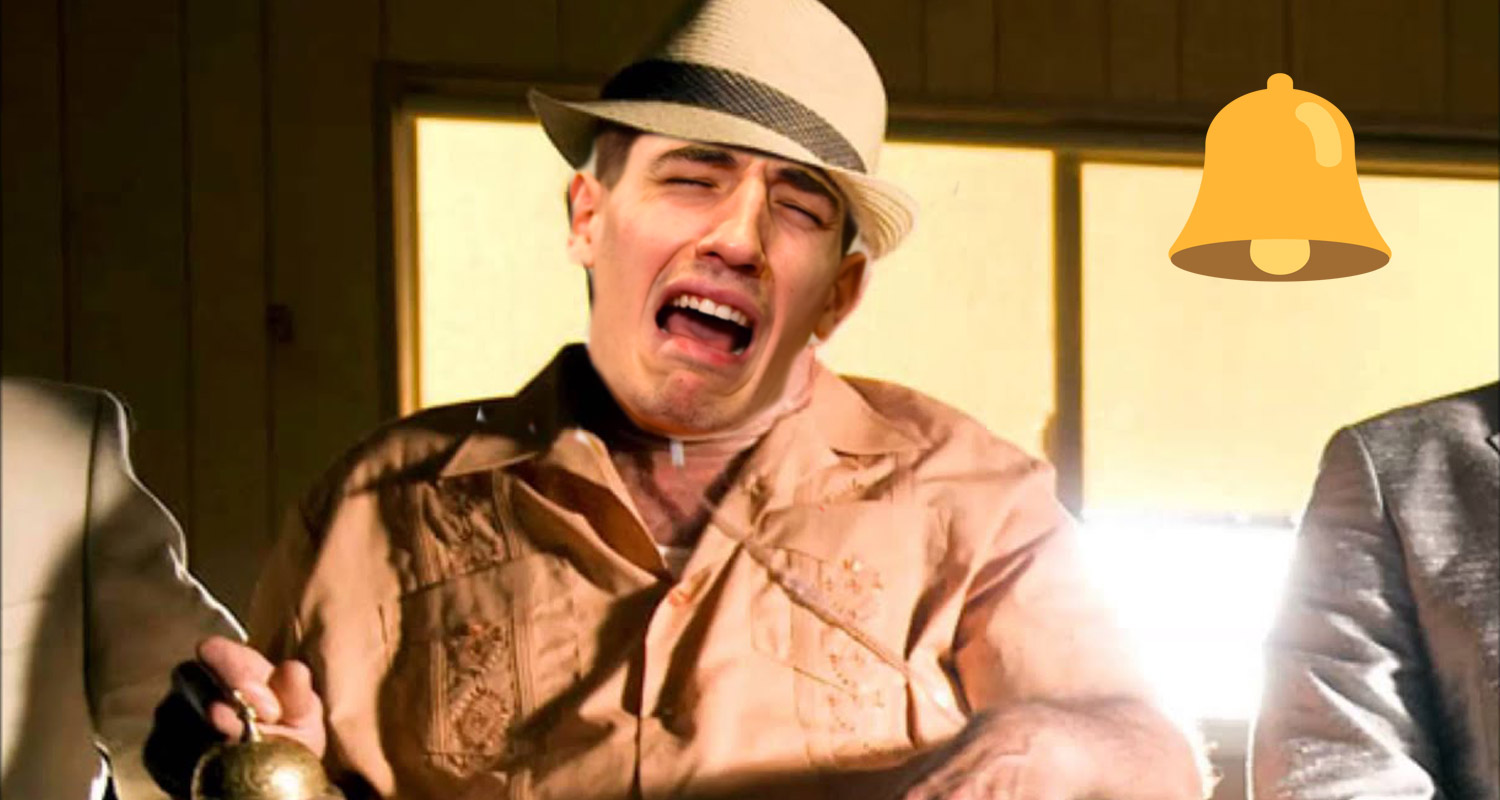 Morning all, happy Friday to you. There’s a bar in town here where they ring a bell when someone tips the bar staff. Tipping in bars isn’t the same as it is in the US, for example, so they mark the occasion by letting everyone know someone’s been generous. I feel like we need a transfer bell. Something we can ding every time we do a deal this summer.

At the moment it’s quiet, but my finger is hovering over it like the lad from Breaking Bad whose bell blew the other lad’s head off. Not a spoiler by the way, the series is old now and if you haven’t watched it by now that’s your fault. It also just occurred to me that the name of the character with the bell is Hector. So when we make a signing, or when we sell somebody, Hector’s Bellerin’. Or something. I know it’s a stretch, but it’s still early in the morning.

For now the bell remains quiet, but surely any day now it will get a good pounding as we begin the work we have to do this summer. We did get a new player linked to us yesterday, a young German goalkeeper called Markus Schubert who we’re open to buying then loaning out to let him get more experience before we bring him back to provide back-up/competition for Bernd Leno. Apparently this guy was on Sven Mislintat’s list of recommendations, so we’re following up on that.

You might suggest that bringing in a goalkeeper only to loan him out again isn’t exactly the best use of our relatively limited funds this summer, and it’d be hard to argue with that, but if we can get a good young player in early before his price goes through the roof maybe it’s worth doing. I have no information about him as a player really, beyond the fact he played 32 times for Dynamo Dresden in the German second division last season, keeping nine clean sheets, and he looks like a work experience bricklayer. I guess that’s good enough for me, although my real worry given how long it takes Arsenal to make transfers happen, and how regularly we procrastinate, is that any deal for Schubert remains unfinished.

Beyond that there’s very little going on in the transfer arena. There’s a suggestion we want to ‘get rid’ of Laurent Koscielny and that Borussia Dortmund are interested, but if the captain – despite the fact he looked like he was on his last legs as the season came to a close – is the central defender we want to get rid of then things are more worrying than I think they are already. Might we be open to letting him go? I think we might be, but any decision this summer that makes the departure of another centre-half more difficult should be reconsidered.

What else? The fixtures are out for the new Premier League season, and we’ve been handed a tough start. And a fairly tough middle. And a tough end. In fact, the whole thing looks tough. Sure, I know the Premier League is a competitive league, and there are no easy games and you can’t take anything for granted and anyone can beat anyone else. I know all this. It’s just that as much as anyone can beat anyone else, I feel like we can lose to anyone, thus making anyone’s job easier and ours more difficult.

What stands out? Well, Newcastle to start will amuse regular Arsecast Extra listeners who will see this as yet another way in which Magpies are wrecking my head. Our first home game is against Burnley, which is grand, but then before the first Interlull of the new campaign we have to go to Anfield, then entertain Sp*rs in the first North London derby of the season. That’s a difficult August, and it simply hammers home the need to make sure we’re well prepared and that we have a squad which has been improved and is better balanced than the one we have right now.

You also don’t need a long memory to remember how, at the tail end of last season, we lost to Crystal Palace, Wolves and Leicester – results which put a huge dent in our top four ambitions. Well, the fixture computer decided to rub our noses in it by scheduling games against them in that exact order again, but in November. Yeah, cheers for that.

We play Manchester City, Everton, Chelsea and Manchester United over the hectic festive schedule; we have four home games from six following our Europa League group stage games; and during the run-in we have games against the Mugsmashers and Sp*rs to contend with before we finish against Aston Villa and Watford. All in all, it seems tremendously unfair that we have to play games away from home when everyone can see we’re not very good at that and a little understanding would have been nice but clearly the Premier League are monsters who revel in our misery.

In seriousness though, right now I don’t feel particularly confident about anything, but maybe by the time the new season begins and we’ve done some business, things will have taken shape, we’ll be a more robust and exciting team and better able for the rigours of the new season. Maybe. Perhaps. Possibly. Fingers crossed.

Away from that, a story that caught my eye yesterday was one of our Academy Coaches being fined and banned for calling a referee a ‘little prick’. Perhaps not an uncommon occurrence in the football world, but when the referee was in charge of an U9s game and happened to be a teenage girl, it’s really not a good look for the club.

I’ve seen too many comments about how if someone wants to referee they should be able to take that kind of abuse. I mean, leaving aside how abhorrent it is for a grown man to bully a young girl to tears with his sideline behaviour in a match being played by nine year olds, we really shouldn’t take the abuse of officials by player as something that’s just part of the game.

We all have our issues with referees, of course, but football’s continued acceptance of abusive language and behaviour towards officials and their decisions is an unpleasant and undesirable aspect to the sport. If coaches at Arsenal – and elsewhere I’m sure – are behaving like that in U9s games, what example does it to set to players? It basically tells them that respect for referees is an afterthought, and you don’t need to do too much Googling to find stories about officials being physically assaulted because it’s such an ingrained part of the football culture.

Coaches have a responsibility to set the right example, it should be an edict from the very top of the Academy down, and behaviour like this should not be tolerated or acceptable in any way. An adult bellowing and abusing a kid who was no doubt doing her best is not normal behaviour anyway, on a football pitch or anywhere else. Hopefully the club will get on top of it, beyond the bland statement they issue to The Times yesterday.

Right, that’s it but for extra reading Tim’s column this week looks at the difficulties of integrating young talent into your first team and how expectations over some of these players might need to be checked. For now, I’ll leave you with a brand new Arsecast which features a lengthy conversation with Philippe Auclair about football, FIFA, corruption, Arsenal and lots more. The article referenced in that conversation is here.