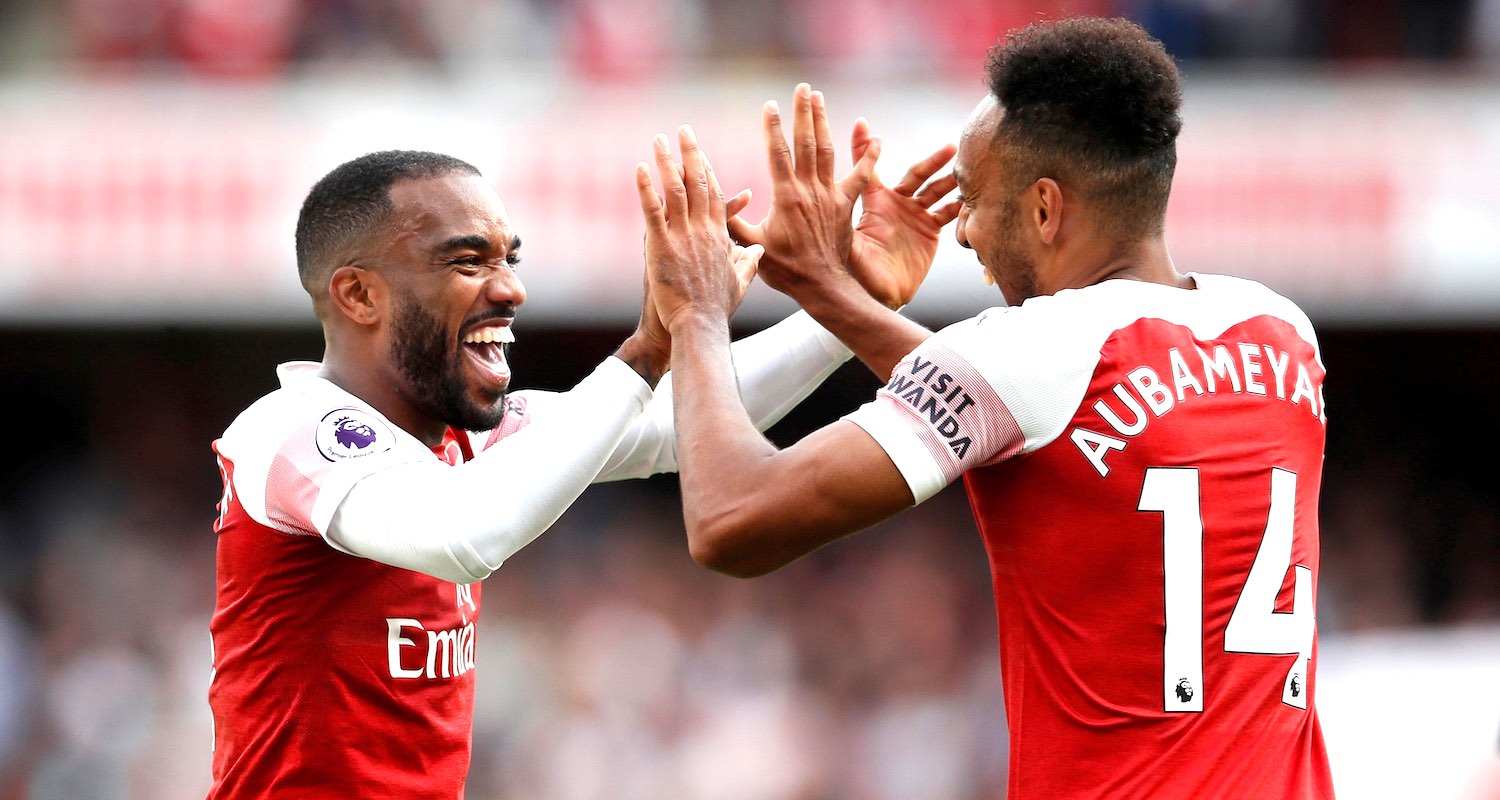 A little later today I’ll be publishing the traditional end of season player assessment post, where the performance of each player – and also the manager – gets a little evaluation and a rating. There will be some good and some bad, but for this morning’s post I wanted to focus on some of the things I’ve enjoyed most about this season.

If you read yesterday’s blog or listened to the new Arsecast Extra, you’ll know I have a deep sense of frustration about our final league position because it should have been better, but for today let’s keep the spotlight on some of the positives.

With Sven Mislintat in charge of recruitment and identifying players, and with a relatively limited budget (we spent less on five players than Chelsea did for their goalkeeper), I think we can say that selections almost all worked out.

Bernd Leno was busier than we’d have liked but took his chance after Petr Cech got injured in September and didn’t look back. Some of his displays have been superb. Sokratis has been solid at centre-half and added a bit of character back there. In midfield Lucas Torreira and Matteo Guendouzi both shone at times and at 19 and 23 there’s plenty more to come from them, even if they couldn’t quite find complete consistency in their first seasons in England. That was true of the team, not just them, by the way.

The only one that didn’t really work out was Stephan Lichtsteiner who was not really suited to the Premier League at this stage of his career. Still four out of five is a good hit rate, and I don’t think our major issues this season really revolved around these guys.

Performances and results in ‘big’ games

One of the things we all wanted Unai Emery to address was our performances in the games against the big teams, and Sp*s, and he did that for the most part. There was that spanking at Anfield which was a bit of an aberration when you look at the other games. We didn’t get anything from Man City, which was hardly a surprise, but at home beat Sp*rs, beat Chelsea and beat Man United, as well as drawing away at Wembley (a game we should have won) and Old Trafford.

Being competitive again in these games was thoroughly enjoyable, especially because it was in these fixtures that Emery’s tactical decisions seemed to work best. It wasn’t just a case of upping the intensity or the desire, his team selections and often his substitutions and in-game changes had a positive effect on how we performed, so that was very pleasing. I realise there’s a yin to this particular yang in that the opposite seemed true in games against so-called smaller opposition, but today is about the good things and this was one of them.

At the end of a season when it’s so abundantly clear we need some serious investment in our defence, it’s worth remembering that we had two relatively young defenders who made a step forward this season until serious injury robbed us of their services. Rob Holding at centre-half had become something of a fixture in the team under Emery, and was playing very well until his cruciate went at Old Trafford. In hindsight, I think we mismanaged the centre-half situation last summer, but there was a lot to like about the way Holding was playing, and it hinted at a season of real progression until it was cut short.

As for Bellerin, he got to January before injury struck, and if there was one clear thing discernible from Emery’s football it was a desire to get the ball to the full backs in dangerous positions and provide cut-backs into the box. The Spaniard had 5 Premier League assists to his name by that point, and the fact that he’s still joint third says a lot about what he contributed (and also what some others didn’t).

After stagnating a bit in the final season and a half under Arsene Wenger, it felt like he’d rediscovered his form and confidence, and he unquestionably responded well to what was asked of him by the manager. It’s impossible to how much better off we’d have been if both he and Holding had remained fit, but if their presence had seen us concede fewer and maybe create a couple more then our final league position would probably have been healthier.

When you sign a £55m striker just 6 months after signing a £50m striker who the manager basically refuses to play for 90 minutes and who is struggling a bit to make the change from Ligue 1 to the Premier League, it could become a difficult situation to manage. However, Alexandre Lacazette didn’t look at Pierre-Emerick Aubameyang as a threat. The two struck up an instant friendship, and there’s no doubt in my mind that the arrival of the Borussia Dortmund man has played a part in the French international’s progression this season.

Not just from a purely on-pitch point of view where their relationship this season has produced 50 goals and 21 assists between them, but off it too where you can see a player who feels more at home, takes more responsibility and has grown into one of our most important players.

I keep seeing stories about selling one or the other of them, and I just can’t get my head around it. They are absolutely the best thing about Arsenal at the moment, and we should be thinking about how to get more out of them next season than breaking up what is probably the most effective striker partnership we’ve had since Thierry Henry and Dennis Bergkamp.

Our hopes of ending this season with success and a trophy revolve around them to a large extent, so fingers crossed they can add to their goal tallies for that final in Baku.

For obvious reasons it felt a lot less fractious this season than it has in the recent past. In general I think fans have tried to get behind Emery and to buy into what he’s been doing. Initially, there was a lot to like about his approach, increasing the team’s physical output while introducing more tactical flexibility. The willingness to make changes was welcome, even if as the season went on it felt at times it was about correcting initial mistakes, and the fact that all players are created equal was seen as a positive. Some of the coddling and special privileges given to certain squad members were a thing of the past – not always going down well with said squad members, but a meritocracy and an equanimity was important in his first year.

Obviously as time went on we got to know him more but perhaps not understand him as well as we thought. Debate and discussion about his decisions didn’t stop, but there wasn’t the same toxicity to it as there has been in the past. Maybe it won’t last that long, and there are always cranks, but it was somewhat refreshing to be able to talk about it all without 22 years of ‘baggage’ at the core of every conversation.

A European final on the horizon

Obvious, but still potentially a fantastic way to end this campaign. The possibility of our first European trophy since 1994, as well as entry into next season’s Champions League with all the associated financial benefits that would have for a squad rebuild, means this fixture is of huge importance to the club. Unai Emery knows what it takes to win this tournament, so hopefully he can go the distance again.

He couldn’t get out quick enough as he buggered off to AC Milan, and it raised some very serious questions about why he fled so soon after Arsene had departed but, frankly, never having to hear this man’s voice again or listen to his dismal, empty rhetoric brings genuine joy to my heart.

Right, that’s it. Keep an eye out later for the ratings post as promised, and for now I’ll leave you with the brand new Arsecast Extra looking back on the 3-1 win over Burnley, Mesut Ozil’s absence again, and lots more.