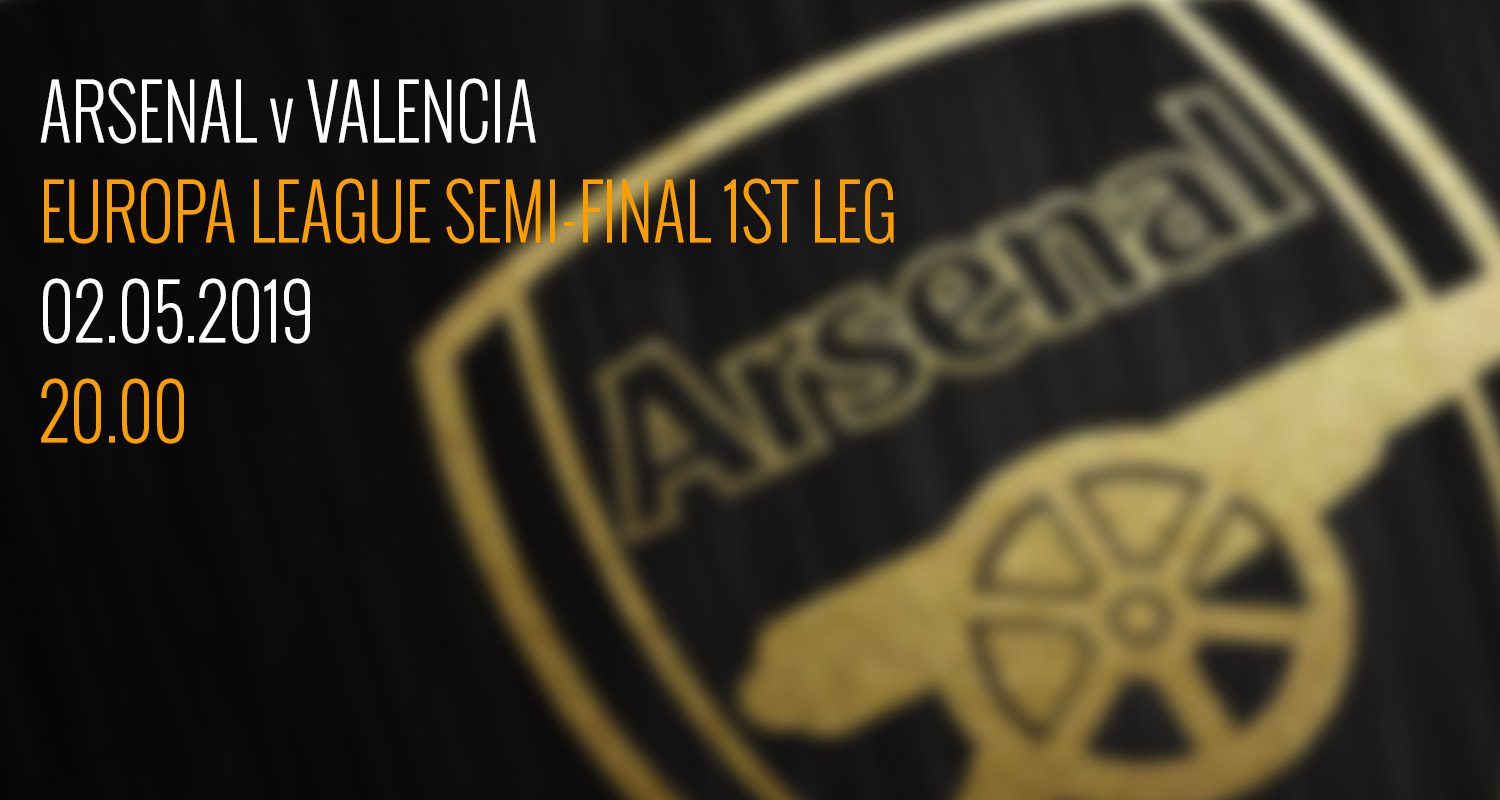 I think I’d feel a bit better about tonight’s Europa League semi-final first leg if we’d come into the game in better form, but all the same it’s an exciting prospect. Unai Emery is facing one of his former clubs – he spent four seasons with Valencia early in his managerial career – and for Arsenal it’s a chance to put one foot in the final with the right result.

At home in during the knock-out stages we’ve got a good record this season. We beat BATE Borisov 3-0, Rennes 3-1 and Napoli 2-0, so hopefully that’s a run of results we can continue this evening. Clearly the dismal week in which we’ve lost three times and conceded three goals in each game is not ideal preparation, but maybe we can compartmentalise our domestic and European focus so we’re not as all over the place tonight as we have been in recent fixtures.

It’s hard to know what kind of team Unai Emery will pick this evening. The 3-4-3 didn’t work against Palace, the 4-2-3-1 didn’t work against Wolves, and the 4-4-2 against Leicester wasn’t working that well before Ainsley Maitland-Niles was sent off, so I guess he’s got some thinking to do. At the forefront of his mind will be the need to achieve a good result to give us some confidence going into an away game (we lost away to BATE and Rennes, remember, and our away form in general has been poor), but also the worry about how much conceding an away goal might hurt us for the second leg. Emery feels like a coach who always has a little alarm bell of caution going off at the back of his mind, and it’s not something he can always ignore.

So, I can’t tell you if it’ll be a back four or a back three with wing-backs. Personally, I’d prefer to see a back four. Valencia are not exactly the most front-footed team, they don’t score a lot of goals (just 40 in La Liga this season), and if you listened to the Valencia preview podcast you’ll hear Dermot Corrigan describe their approach as not dissimilar to that of Atletico Madrid. It means they’ll defend in organised blocks so the onus is on us to go and get something from the game, and – crucially – to approach it in the right way.

I don’t mean that we should be gung-ho but we need to play with more intent than we did at Leicester, for example. I realise that was an away fixture, I know it was probably a reaction to losing the two previous games (Emery’s alarm bell was clanging like a bastard beforehand), but it felt distinctly un-Arsenal to me. Tonight, at home, he’s got to get his team to play with greater desire to control the game, and to make things happen rather than reacting to opposition mistakes and looking to hit on the counter.

We had one shot on target at Leicester, one shot on target at Wolves, so creating has been a problem (Tim writes a bit about this in his column this week). The return of Mesut Ozil from the foot injury that kept him out of the trip to Leicester should see him come straight back into the side. I don’t think the German has had a particularly good season, but when the other options to create chances for our strikers are Alex Iwobi and Henrikh Mkhitaryan, both of whom are struggling for form, then I don’t know what else we can do.

The vague hope I hope that Aaron Ramsey might be back for this game was extinguished yesterday when it was revealed the Welshman has played his final game for the club. The hamstring injury he sustained against Napoli away has turned out to be much more serious than first thought, and even if we do make it all the way to Baku it seems he won’t be fit enough to play. That’s a blow because Ramsey is one of our best players, a big-game player too, and you’d have fancied him to make a difference in a semi-final. Or, at least, given us a better chance given his quality and end-product – something which is lacking in the alternatives.

Emery is clearly looking for his team to go to Spain in the second leg with a clean sheet, saying:

It is not all finished tomorrow. If you can win, it’s good, if you can win without conceding a goal, it’s perfect.

I think the players are very concentrated and very focused for that, today the training was good and I am positive with the players, with the team, for our moment.

Let’s hope so. We need a reaction to what’s happened in our last three Premier League games, and in general our form has been patchy at entirely the wrong time in the season. Arsenal aren’t quite Jekyll and Hyde, we seem to be capable of finding a turgid middle ground between the two (Hekyll?), but I hope tonight we see something much more akin the performance we put in against Napoli than anything more recent. Emery is a Europa League specialist, that’s on his CV, so that’s where my candle of hope is for this evening’s game.

We also face a couple of former Gunners later on. Francis Coquelin joined Valencia in January 2018, following Gabriel out there who had left for Spain the previous summer. That ads a little flavour to the game, but neither returns as a kind of pantomime villain. Sid Lowe has a nice interview with the Brazilian in the Guardian today, but with the best will in the world I hope they both have an unhappy return to London in footballing terms.

Update: Turns out Valencia have no Coq tonight he’s suspended!

Join us later for a live blog and all the reports/ratings etc on Arseblog News after. I’ll leave with the Valencia preview podcast, catch you later for the game.