There was Champions League fun last night. Not so much in Spain where Barcelona and Lionel Messi did to Man Utd what I thought they might do (with a helping hand from David de Gea), but in Turin where a hugely likeable Ajax side knocked out Juventus. 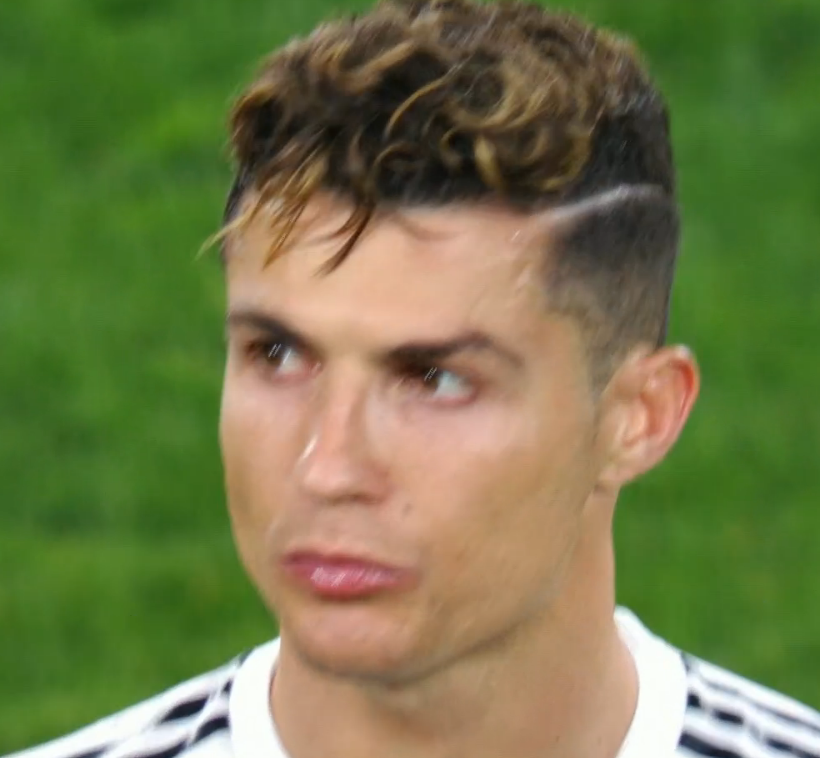 I feel slightly sad for Wojciech Szczesny who will just have to content himself with another Serie A title win, but not at all for Ronaldo or the Italian side themselves who I still harbour a grudge against for taking Liam Brady almost 40 years ago. They spent an absolute fortune on a player in the final years of his career to help them get further in the Champions League and they’ve been knocked out at exactly the same stage of the tournament as they were last season. His face at the final whistle was a picture and you’d have to have a cold dead heart not to enjoy it.

As for Ajax, wow. There’s just something so great about this team of young talent turning it on at this level. I know their best players are going to be cherry-picked by Europe’s biggest and richest clubs, it’s a sad inevitability of the way football works, but having played Real Madrid off the park at the Bernabeu in the last round, they’ve now done away with another of the biggest clubs on the continent to reach the semi-finals. The dream scenario now is that Man City beat Sp*rs about 15-0 tonight, before they become the next victims to the Dutch side who then beat Barcelona in the final and make Luis Suarez cry. Hey, a man can dream.

Also, with most of the focus on the players, and rightly so, I’m sure there’ll be plenty of clubs with their eyes on their head coach Erik ten Hag and a certain Director of Football called Marc Overmars who has reportedly been on our radar in the not too distant past. With Arsenal still struggling to find a replacement for our Head of Recruitment who left in February, could he become a candidate again? Is he Spanish enough? He’s not Spanish at all, but his nationality ought not to be the primary consideration. The two go back a bit together as well, with Overmars giving ten Hag his first managerial job at Go Ahead Eagles back in 2012 ?. Anyway, fun times, and hopefully there’s more to come tonight.

From an Arsenal point of view, we’re preparing for our Europa League quarter-final second leg against Napoli, which has the stature of a Champions League tie but isn’t. We can cover that a bit more in tomorrow’s preview, and we’ll have team news updates on Arseblog News later, but a question which crops up frequently at the moment is whether you’d prefer to win the Europa League or finish 3rd 4th in the Premier League.

Granit Xhaka says his priority is a top four finish, and I can understand that from the player’s perspective. It might even be a public declaration to maintain focus within the squad, because our first way back into the Champions League is via the Premier League, and as a measure of where you are in relation to your rivals, it’s the best one there is. Finishing in the top four would be obvious progress from last season, and the one before, and over 38 games you get a better indication of your ability and potential than in any cup competition.

On the other hand though, we don’t have a particularly storied history when it comes to European tournaments, and while we can enjoy finishing the domestic season in 3rd or 4th, there’s no tangible reward for it. The club would earn more prize money, we’d have increased revenue from the Champions League next season, but even in this day and age we’re not so invested in the minutiae as fans that we can properly celebrate a better looking balance sheet. Particularly when there’s a sense that only one big ‘tached man will genuinely benefit from it.

The Europa League is a trophy, a piece of silverware, a thing to hold up and for fans to cheer at, to parade around on a bus maybe, and to add to our collection while other clubs celebrate the fact they have the most retractable pitch in the land or the craftiest of craft beers brewed in their stadium. If you could guarantee me just one of the top four finish or the Europa League win right now, I’d choose the trophy. It’s 1994 since we won a European tournament, Alan Smith’s goal in Copenhagen against Parma remains an iconic moment in this club’s history, far more than any season in which we qualified for the Champions League by virtue of our domestic endeavours. It’d be absolutely great to enjoy something similar again.

When it comes right down to it, finishing in the top four gives you the prize of Champions League football, but winning the Europa League does exactly the same – without a qualifying round by the way – and you also get an actual` trophy because you’ve won a final. It’s a no-brainer for me, although I thought what Tim Stillman wrote about us in Europe the other week sums up where we are: Arsenal are caught in a holding pattern where they are trying to win a tournament they don’t want to be in so they can partake in a tournament they can’t possibly win.

I’d rather be in that tournament we can’t win with a trophy in our cabinet though, excruciating as the prospect of a European final against Chelsea is. Still, the thing is, it’s not a binary choice, and nobody can guarantee us anything. It’s a hypothetical for entertainment purposes, and the reality is we aren’t in a position to prioritise one over the other right now. Top four is in our hands, we’re in a strong position going into our second leg against Napoli, then it’s a semi-final at which point I’m getting greedy so I want both a top four finish and a trophy.

Not pressure, but over you Unai to make that happen. Till tomorrow.