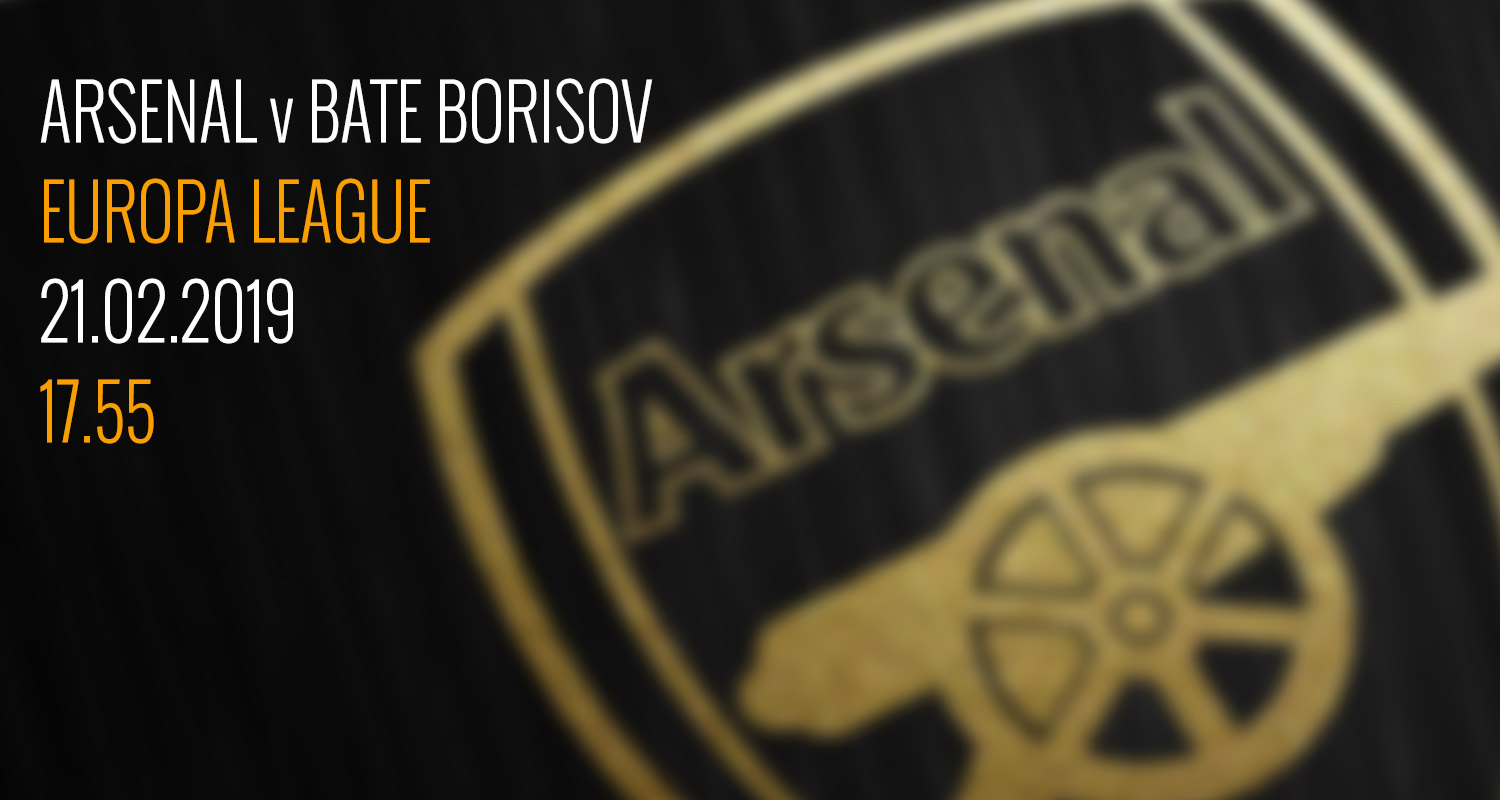 Arsenal take on BATE Borisov at the Emirates tonight, 1-0 down from the first leg, and in need a significantly better performance than we saw last Thursday. It was worrying to see us lose so poorly last week, but if we can’t turn this around tonight then there’s something really wrong with us and as inconsistent as our form has been recently we surely have enough to do the job tonight.

We have better players. We’re at home. We won’t be playing on a pitch that looks it’s used for World War 1 No-Man’s Land recreations at the weekend. And, well, that’s about it. Our quality should show over the course of two legs and beyond the long-term injuries and the suspended Alexandre Lacazette, Unai Emery has basically everyone available to him.

Aaron Ramsey and Sokratis are back from injury, and they’d both go straight into the team if I were picking it. There’s a slight doubt over Ainsley Maitland-Niles so it likely means a run-out for Stephan Lichtsteiner at right-back, but this should be meat and drink to a player of his experience regardless of his troubles this season.

I’d be inclined to use a back four in a game at home that we have to win, there’s no call for caution in our approach this evening, and I hope over the course of the last week we’ve come up with something beyond the Kolasinac cut-back to create chances. A 4-2-3-1 gives us good attacking balance as we’re only going to start with Pierre-Emerick Aubameyang up front. If that’s what we do pick, my bet would be on Alex Iwobi, Aaron Ramsey and Henrikh Mkhitaryan filling those three spots behind the striker.

Laurent Koscielny is expecting the visitors to sit deep:

I think they will play with a deep block and wait to play on the counter-attack. We need to be focused on our tradition when we lose the ball, to try to win back the ball as soon as possible. We don’t want to give them chances to have a free-kick or corner. Afterwards, it’s about us being efficient in their box to score some goals.

While Unai Emery has called for the fans to play their part:

It is also very important to play in our stadium with our supporters, and we need their support for this match and I hope there is a big atmosphere for us. Together, with their support, I know our players can play and give their all.

The inconvenient 17.55 kick-off time and the opposition will probably mean we’re not going to see a full-house, but hopefully the team can respond to what was a dismal performance last week. I know what Emery is saying about the supporters, he’s looking for some unity at a tricky time and that’s completely understandable, but first and foremost the onus is on him and his players to produce on the pitch tonight. There’s no reason why they can’t put this BATE team to the sword, pound for pound there’s no comparison between the squads. A 49 year old Alex Hleb ambled around the pitch last week like the old man from Up as he’s reliving his life, and they still beat us, so better organisation, more focus and a game-plan that isn’t one dimensional should be sufficient.

Inevitably there were questions about Mesut Ozil and his potential participation, and if we wanted a bit more clarity as to what’s been going on, I think we got it in as much as Unai Emery’s idiosyncratic English can provide it. He called on the German to show more consistency when it comes to training, and after the fuss last week I think he’s lobbed the ball well and truly back into Ozil’s court:

The key is his hand and he is working very well this week and I ask him in our conversations to be consistent, to be available for us training, when you can train with quality and consistency, it can help us with the best performance after in the games. We need him to be consistent and available in training and the matches without the injuries and without being sick. Like that, we can find and see the best Mesut with us.

For me, what he’s saying isn’t that Ozil has do better in training or in matches, it’s that he has be at training and be available for selection. The consistency he’s calling for isn’t performance based, it’s attendance based – the references to his illnesses and injuries tell you exactly that. In some ways it feels like a bit of a gauntlet being thrown down, but Emery is making it clear there’s an obvious path to the team for Ozil if he’s fit, available and ready to put in the work that he demands from every player.

I hope he does, because we’ve got a better chance of achieving what we need to do this season if we can get him back to something approaching his best. I don’t know if this means we’ll see him in the team tonight, maybe we will, and if we do it’d be great to see him play well. Sometimes a difficult situation needs to come to a head before it can be resolved, and it feels a bit like that’s what’s happened over the last week. It’s a shame it’s had to play out publicly, but maybe now we can concentrate on what’s really important and that’s Arsenal winning football matches.

Join us later for a live blog and all the post-match stuff on Arseblog News. In the meantime, if you fancy listening to the very first Arsenal Women Arsecast episode, you can check it out below. Tim Stillman has put this together, we will be doing more throughout their season, and in this show he chats to Arsenal defender Leah Williamson ahead of this weekend’s Conti Cup Final.

Enjoy, back tomorrow with the usual Friday podcast and all the rest.