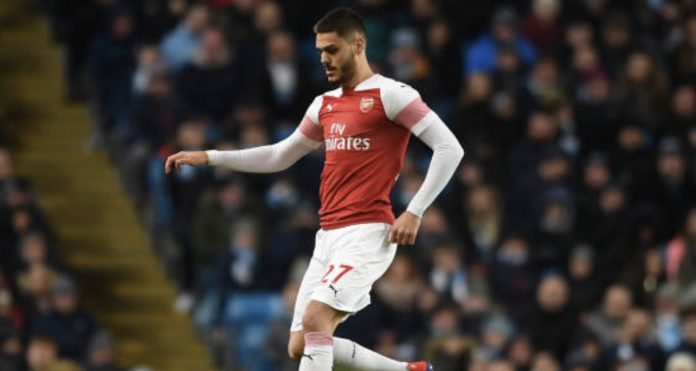 Richard III did cast his eye upon the stout yeoman he had available to him as he prepared to go into battle against the hordes from the north. The fields of Hudder, a territory in some disarray, but which did provide a stern test for his army.

He did look at them, sighed greatly deep down in his gullet, and let cry an exclamation that was heard across the land:

A bearded Germanian put his hand up. “I can help!”, he said, and Richard III did weep softly to himself.

Arsenal take on Huddersfield tomorrow with Unai Emery admitting that he’s got some work to do, not just on our away record, but to make his team more defensively stable. Our recent record on the road has not been great. We’ve lost four of our last six and drawn the others –  two points from a possible eighteen is a feeble return, particularly when you look at some of the teams we’ve faced. It’s something the Spaniard knows he has to correct tomorrow:

I think we need to do better away. We started very well away, changing also our mentality to get more points away, but now we need to recover this confidence, to recover this performance and the next opportunity is Saturday against Huddersfield.

He also knows that his team has an issue defensively, one he sounds a bit unsure about:

The main problem he has right now is lack of personnel. Hector Bellerin, our best right back by some distance and someone who is an important part of our attack too, is out for the reason. Rob Holding is out for the season. Sokratis is out until the end of the month, so it’s not as if he has much in the way of options.

However, you wonder if the three fixtures we have coming up against Huddersfield, Southampton and then Bournemouth – along with two games against BATE Borisov in the Europa League – might be the perfect time to give Dinos Mavropanos a run to see what he can do. I think because we’re all a bit desperate for something … anything … to make us better at the back, expectations of a 21 year old with two Arsenal games under his belt are a bit high, but at this point if we want to change something he’s about the only option we have available to us.

You pay for the education of young players with points. I play a young central defender of 20-years-old and I know he will cost me points in the season. If I play a 28-year-old centre-back, maybe less talented, he will cost me less points, but then I will not be giving a chance to a young player.

At some stage, I must say, as a manager sometimes you feel lonely to stand up there and say, ‘No, I want this boy to play because he deserves it’. I know as well that he will make mistakes, because you learn your job at 23-years of age. 23 to 24 you have a player. Until 23 he will be up and down.

It strikes me that’s the situation we’re in right now with Mavropanos and Mustafi. The young player might make mistakes because he’s inexperienced and still learning the game, but you have to offset that against the fact you’ve got the more senior man who has cost you points throughout the season anyway, and always looks as if he’s got an error or two in him.

I guess it’s something Emery has to weigh up and consider, and I do wonder if the fact that Mavropanos was left out of our Europa League squad, sacrificed because we struggled to make the home-grown quotient, is an indication that perhaps he’s not considered quite ready yet. Nevertheless, if there is a time to give him a chance it’s a run of fixtures which are, on paper at least, very winnable, and let’s remember that he’d likely be played alongside Laurent Koscielny.

If you’re playing a young central defender, the ideal situation is to have an experienced man alongside him who can guide him through games. At 33 the Frenchman is exactly that, and it’s worth considering that even though he’s struggling, our right back is likely to be Stephan Lichtsteiner who has plenty of knowledge he can impart to help his young colleague during the 90 minutes. My gut tells me that with points at a premium Emery will, like many managers would in this kind situation, err on the side of caution and stick with Mustafi, but if it were me I’d be very tempted to give the younger man a go. It’d be brave, but sometimes that’s handsomely rewarded.

Also, I don’t mean to suggest that Mavropanos in, Mustafi out is somehow a recipe for instant defensive stability. Our issues go beyond that by some distance, but when you have to try and change something, and your options are this limited, maybe it’s worth a go. It might well be the chance he needs, and if it doesn’t work out or he’s not quite ready yet, then it provides greater clarity about what we need to do in the summer when we face the arduous task of rebuilding a squad which is going to undergo a serious shake-up. Let’s see what happens, but I think my tolerance for a young player making an error would be far greater than seeing Mustafi slip or slide because the forward has blinked at him while running towards our box.

That topic is something I discuss with Clive Palmer on today’s Arsecast, along with lots of other stuff, so you can check it out and listen/subscribe below. Till tomorrow when we’ll preview the Huddersfield game in full.