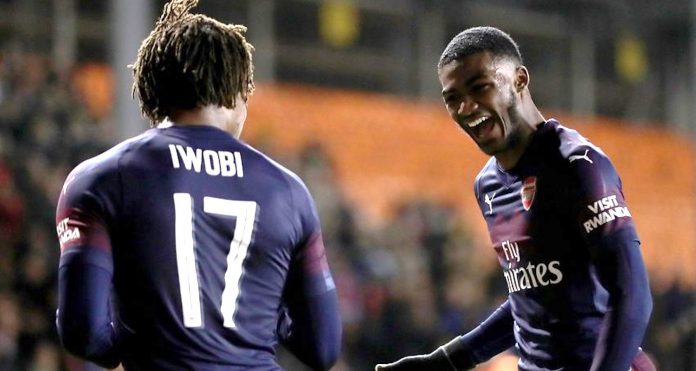 Morning all, welcome to a brand new week. My German Shepherd shaped alarm clock got me up at 5.45am, and here were are. What’s different between today and yesterday? Well, yesterday we were in sixth place in the Premier League and today we’re in fifth thanks to Man City’s annihilation of Chelsea at the Etihad yesterday.

Our goal difference is now the same (+16) but we go above them by virtue of having scored more goals (53 to 45). Chelsea have now been beaten in their last three away games. 2-0 by Arsenal, 4-0 by Bournemouth and 6-0 by Man City. I look forward to their next away fixture at Fulham when Calum Chambers will score a double hat-trick as they win 8-0. That’s the next one in the sequence, right?

Having been on the receiving end of a few scorelines like that in recent years, we understand how unpleasant it is. Which is why, when you see it happening to somebody else, it’s downright hilarious. The outpouring of anger from Chelsea fans on Twitter, handily searchable via the #sarriout hashtag, was fantastic and provided us with some fun on the new Arsecast Extra which we recorded last night. I was just sad City didn’t score ten, and if this is the kind of result which helps destabilise one of our rivals for the top four, then that’s an added bonus.

It will be almost two weeks before we play again in the Premier League. This weekend is FA Cup weekend, we’re not in it so it’ll be Sunday week before we face Southampton at the Emirates. In the meantime there are two Europa League fixtures against BATE Borisov to contend with. The away leg comes this Thursday, the home one the week after, and we’ll have plenty of time to discuss those games in the very near future.

So, what have we got to sink our teeth into this morning? I don’t know that the Huddersfield game needs any more analysis, but in the wake of that the issue of players being abused via social media has raised its ugly head again:

The criticism of Ainsley Maitland-Niles on social media is absolutely disgraceful. He’s a young player who’s played out of position on numerous occasions, he’s never complained and always give his best for the team. How about trying to support the youn players! pic.twitter.com/yaFtyMUDmB

If you didn’t see this in any detail, Maitland-Niles took abuse on his Instagram account in the comments, even responding to some in a fairly pithy way, but it’s an issue that this direct access to players causes. It’s not just a football thing either, anybody with any kind of public profile is open to it, but in the case of a young player who posted a picture from a game in which he provided a great assist it’s depressing that there are people out there who see it as their right to ridicule or abuse him. His performance was mixed, no question, but he’s a young player in the fledgling stages of his top flight career yet there seems to be no understanding of that.

This is the double-edged sword of social media. It allows us to interact with people we never could have previously unless you happened to meet them face to face. If you run into a footballer in the supermarket you’re far less likely to tell him you think he’s terrible, or decide he can only improve with the valuable coaching advice you can impart having played FIFA and Championship Manager your entire life. Online though, we know people behave differently, a cloak of anonymity is often the shield used, but I don’t think we can escape the fundamental conclusion that it also allows arseholes to be arseholes.

This doesn’t mean players are somehow exempt from criticism, nor does it mean that fans aren’t entitled to an opinion. It’s just that if you go online, tag in a player on his Twitter or reply to them with abuse on whatever platform they’re using, it means you’re an arsehole. It’s not as if there aren’t all kinds of ways you can discuss games, performances, players, the manager without involving them.

I do wonder what these people hope to achieve. First and foremost, I hope players understand that it’s not reflective of the way most reasonable fans think, but has Ainsley Maitland-Niles pondered over a comment this weekend from Stevie84756651 and thought, “Yes, this random and seemingly furious Internet stranger is correct in what he says about my game. I will do what he says and that will make me a better player”? I doubt it very much.

Apparently, Alex Iwobi was jeered by the Arsenal fans when he was substituted at Huddersfield. He scored our first goal, worked really hard all day, and while not everything he did came off and he could certainly have done better with the final ball on a couple of occasions, he was about our only outlet in that dismal second period when we could barely get out of our own half. I understand frustration with elements of his game, but I struggle to understand why an Arsenal lad, who has been at the club since the age of 9 and made his way through all the levels to the first team, has become the lightning rod for that kind of stuff.

He’s still only 22, to my mind he has improved this season, and is being asked to do a difficult job as the man to link seven defensive players to one or two attacking ones. He’s not perfect, he can definitely improve, but he’s not picking himself and it’s not his fault that the squad just doesn’t seem to have anyone else who can do that job. He’s not being picked ahead of Ozil because that’s not where the German plays or what he does when he is in the team.

The player is the public facing side of this situation, so I suppose that’s why it’s easy to to target him. I’d be far more inclined to be critical of the lack of investment in the squad which means that Iwobi has to play week in, week out when he could certainly benefit from having competition and the team itself could use an injection of quality anyway. He’s the wrong target because he tries hard, he’s not unproductive either, and that the sights are turned on an Arsenal academy graduate rather than the people running the club the way it’s being run seems sad to me.

Anyway, there’s plenty of discussion of this topic and much more on the Arsecast Extra. All the links you need to subscribe/listen are below. Enjoy.