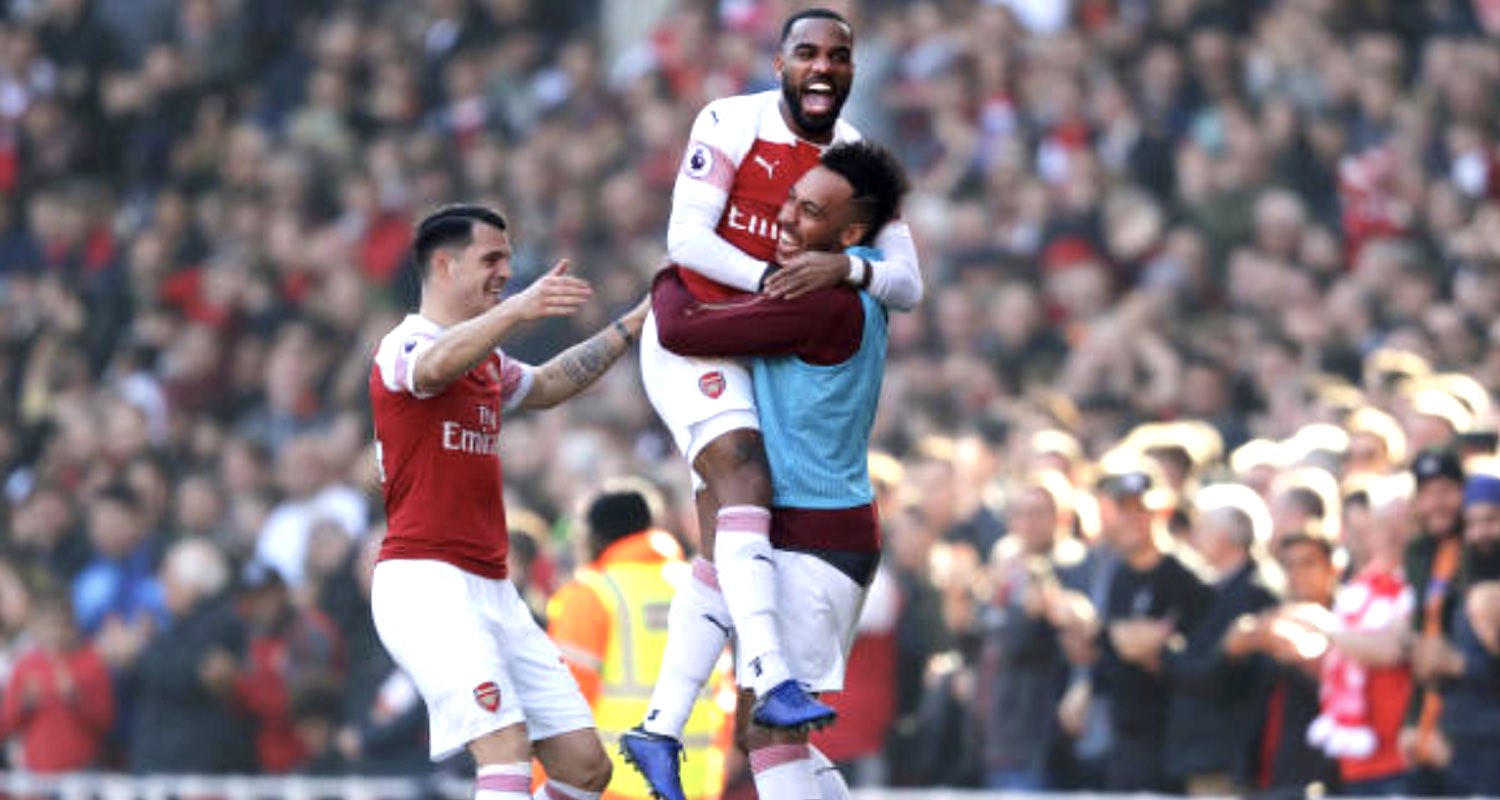 Yesterday was a pretty good day for Arsenal. We beat Southampton, played some nice football at times, kept a clean sheet and took three points that put us into the top four as Man Utd drew with Liverpool and picked up a load of injuries – then later Chelsea imploded in hilarious fashion. We’ve had worse Sundays.

Unai Emery changed things around a bit with his team, bringing in Bernd Leno, Aaron Ramsey, Alexandre Lacazette, Sead Kolasinac, Sokratis, and Lucas Torreira from the side that beat BATE on Thursday, and the game had a scrappy kind of opening before it burst into life in the 6th minute. Nathan Redmond beat our offside trap way too easily, drove into our box, turned Mustafi and but for a big save by Leno we’d have been behind.

It was a terrible 60 seconds for the visitors though, because not only did they miss that chance, they conceded the opening goal. We should have had a penalty for a foul on Torreira, but the referee played on, Mkhitaryan hit it back towards goal and Lacazette was there to finish smartly from close range. It’s obvious to say that the complexion of the game could have been very different, that defensive weakness of ours was on display again, but we got away with it and after the goal I thought we played some lovely stuff in the first half.

The front three of Iwobi, Mkhitaryan and Lacazette worked really well together, ably supported by Ramsey and Kolasinac, while from midfield Granit Xhaka was excellent, really pulling the strings and keeping everything ticking. Even Stephan Lichtsteiner, who has had a difficult time this season, got in on the act with the best 45 minutes of football we’ve seen from him since he joined, and the only disappointment is that we didn’t score more.

The second came in the 17th minute. Southampton were careless at the back, Lacazette put them under pressure, the keeper’s poor clearance fell for Iwobi whose ball across the box found Mkhitaryan and his first time finish was perfectly controlled to double the lead.

After that there were plenty of chances to score again. Lacazette chose to cut inside and make room for a shot which was blocked when he had Ramsey free at the back post for a first time pass; the French international had a header saved from a corner before missing a glorious chance for his second. Kolasinac showed great awareness and skill to pick up a loose ball in the box and he’d have fully expected his teammate to slam the ball home from close range but instead the striker put it over the bar from just a few yards out. An incredible miss, and minutes later Kolasinac tried again to get Lacazette his second but this time the striker’s low shot was saved by the feet of the keeper.

Southampton made two changes at half-time which changed the dynamic of the game. I don’t know if we sat off a bit given our lead, but we didn’t find it as easy to control the game in the second period. Xhaka, who was generally very good, had a Xhaka moment when he passed the ball straight to Ward Prowse who fizzed a shot not far wide, and had that gone in early enough in the second half we might have seen a different game as the nerves kicked in.

Generally though, it was a 45 minutes in which we weren’t threatened with any great frequency. Koscielny replaced Lichtsteiner, Ozil came on for Ramsey and got into the game well, and Southampton looked for Charlie Austin to do what Charlie Austin does against us, but we marshalled him well throughout. Auba came on and had a number of chances to make his mark but couldn’t, Kolasinac matched the offensive side of his performance with some excellent defensive work, Leno had to make a spectacular save late on, and in the end it was impossible to suggest we weren’t good value for the win and the three points.

If you want to nitpick you could argue we should have done more to bolster our goal difference, but overall I thought there was plenty to enjoy about what we did yesterday – particularly in the first half. In the preview of the game I was hopeful we might see the team find a bit of rhythm and there were definitely signs of that. Iwobi and Mkhitaryan look so much better when they have someone like Ramsey or Ozil to combine with, and at home against this kind of opposition there’s no need to be cautious in how we set up.

I also think the midfield combination of Xhaka and Torreira is the best we’ve got, and in Premier League terms they’re number 1 and 2 for passes made and touches of the ball for Arsenal this season. There’s something to be said for consistency of selection in this area of the pitch to develop a partnership as much as possible, but I do think Emery will rotate a bit for Wednesday night when Bournemouth come to town.

Speaking afterwards, the manager said as much:

We are going to play a lot of matches. We started Thursday, then today, Wednesday and after Saturday, so it’s important to play with a big performance like today when we can change some players in the first XI. We need to be together and we can feel stronger with every player, and the possibility of using different players in different matches with the intensity that we want to play.

The fact we have a North London derby on Saturday will undoubtedly play a part in the team selection for Wednesday night. As much as you want to comparmentalise and take it one game at a time, Emery will know this fixture is looming over the horizon, so it’ll be interesting to see how much he changes things around against Bournemouth. That’s a bridge we can cross a bit later in the week though, and for now we can sit tidily in fourth place and look to build on that.

The fact United lost three or four players to injury is good news for us. That might sound selfish or uncaring but I’m not wishing injury on them, simply reacting to what actually happened. We play them in a little under two weeks too, so any little thing that can give us an advantage, however small, is welcome. As for the Chelsea thing, what happened at Wembley was extraordinary – I can’t remember seeing anything like it before and a player point blank refusing to come off speaks to some very serious issues with discipline in that squad.

The post-game attempts to play it off as a simple misunderstanding won’t fool anyone, this was outright and hilariously public insubordination from a player towards his manager, and hopefully it’s a sign that behind the scenes there’s significant disarray at Chelsea. As they’re also a competitor for the top four it can only be good for us if things go to pot there, so let’s hope that the repercussions of this are as damaging as possible for them as a team.

So, a good day all in all, and we’ll have plenty to get through on the Arsecast Extra later on. If you have any questions or topics for discussion please send to @gunnerblog and @arseblog on Twitter with the hashtag #arsecastextra. That’ll be available for you before lunch.