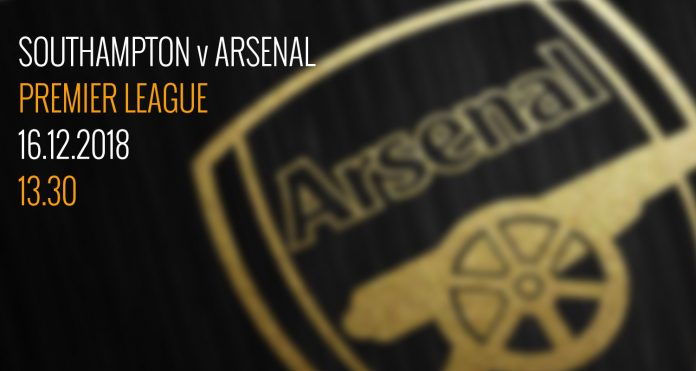 On one side you can use Stephan Lichtsteiner, and on the other Nacho Monreal now that he’s back to full fitness. The issue is who to play in the middle. We know Laurent Koscielny is back, but it’s not so much if he’s fit enough to start the game, it’s if he’s fit enough to play 90 minutes of Premier League football at this point in his comeback. Maybe there’s only one way to know that, and that’s to play him and see, because beyond Koscielny there is nobody else unless you delve deep into the academy.

Shkodran Mustafi and Sokratis Papastathopoulos are both suspended having picked up five yellow cards, while Rob Holding won’t be seen again until next season. It leaves Emery with few options for this particular game, and in the longer term it’s obvious we need more depth in this area which is why the Spaniard made it clear to the Head of Football and Recruitotronic mate Sven that reinforcements are required in January.

Ahead of whichever makeshift defence we put out we don’t have the same problems in terms of injuries. Of course we’re missing Danny Welbeck, but both Mesut Ozil and Aaron Ramsey are back and available for selection and to provide alternatives/competition for Alex Iwobi and Henrikh Mkhitaryan who both work very hard but aren’t producing much in terms of goals and assists at the moment. Even from the bench it’d be good to have options of that quality, players who genuinely have the ability to change a game should we need that.

I think it’s an either/or with Pierre-Emerick Aubameyang and Alexandre Lacazette too. The Frenchman comes into this one on the back of a midweek goal, and much will depend on how Emery views today’s opposition. We know he tailors his team selections for each particular fixture and there will be days when he feels Lacazette should start and Aubameyang is an option from the bench. He did that away at Fulham, for example, and it worked out well as the former Borussia Dortmund man came off the bench to score twice, so it wouldn’t be a surprise if we saw that again today.

He’s a difficult manager to second guess, perhaps because he’s still relatively new in the job, but almost every week we get some kind of ‘Oooh’ moment when it comes to his team selection and I don’t know why today would be any different. As for today’s opponents, they’re very much in the doldrums but obviously have made life better by sacking Mark Hughes. The fact that they’ve appointed a good coach who had real success in the Bundesliga is almost incidental, just ridding themselves of that grizzled carbuncle is bound to give them a boost.

Whether it manifests itself today remains to be seen, but we have clear evidence ourselves of how a new manager can change things and how players react to that appointment. They’ll all be out to impress, desperate anyway to end such a dismal run which has seen them go winless since September 1st, and this is not the kind of game you can look at the form book and take for granted.

Southampton have some very good players and a new coach who has good experience and good performances in Germany. On Sunday I think they are going to push against us a lot. We need to prepare very well for the match with a very big personality because we want to be consistent. Every challenge is to continue doing that and Sunday is a big challenge and a big match, and also we are looking forward to continuing our improvement and good moment knowing that it’s difficult.

The Sp*rs result yesterday means that as it stands there’s a bit of a gap between us and them, and you can insert your own gap related gag in here, but it’s important we don’t let that develop. Let’s keep snapping at their heels, and there are other games today to keep an eye on too. Chelsea are at Brighton and later Liverpool face Man United at Anfield. If they win, and we win, that’d put us 11 points ahead of the only other realistic (on paper) competitor for a top four place, so there’s plenty at stake.

As ever we’ll have a live blog and all the post-match stuff on Arseblog News. Catch you later on for the game.