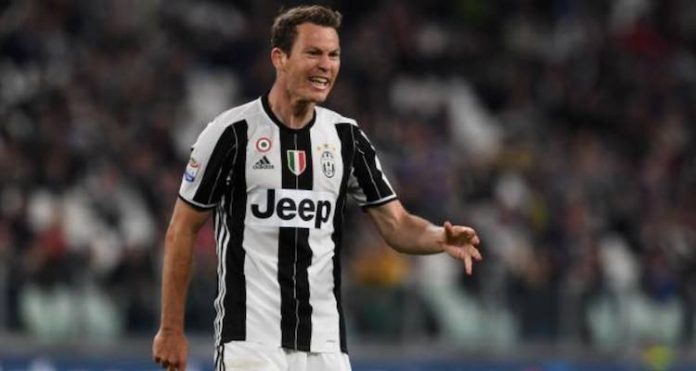 A new manager. Sorry, head coach. A new executive structure. A new era. And part of that means new players, which is always exciting.

Still, if you guessed the first signing under Unai Emery was going to be a 34 year old defender then you deserve a prize. Maybe your prize should be a 33 year old defender. I don’t know. The prize is not important.

Yesterday, it was revealed that we’re in talks with Swiss international Stephan Lichtsteiner, over a free transfer. His contract with Juventus expires in June and he said:

My future is going to be away from Turin. At the end of the season, I’m leaving. I’ll play abroad next year, but I’ve not signed anything yet.

While I understand we need competition and back-up for Hector Bellerin who is the only established right-back at the club, this is hardly a signing for the future. However, he played 32 games for Juve last season so he’s obviously got something left in his legs, and a few people on Twitter have told me he’s got a bit of the bastard about him, so that and his experience might be useful until we find a longer-term solution.

What we can assume reasonably enough is that this is an IRS (Ivan, Raul, Sven) capture and not one that has necessarily come from Unai Emery’s book of ‘Players I Want To Sign’. I doubt very much the first thing you do when you join a new club is insist on the immediate signing of a grizzled veteran right back, so I’d say this is a player that has been identified long before his arrival.

To me this is going to be a very interesting part of this new structure we have. Whether you call him a head coach or a manager, that man has to want the players we sign. It’s a fundamental part of the job. Maybe he was given a list of full back arrivals and plumped for Lichtsteiner, but in the future I hope he is allowed significant input into the players we bring into the club.

They have to be able to play the way he wants them to play. If he’s interested in intense, high pressing football, then there’s little point in signing players who don’t fit that particular kind of game. No doubt in the discussions they’ve had with Emery, they’re aware of what style he’s looking to impose on the team and will target players who are suitable to it, but nothing causes problems between a head coach and a club as often and as regularly as transfers, so these guys really have to work together well for it to function successfully.

Emery achieved success at Sevilla working with Monchi, a Director of Football type who developed young players and identified transfer targets, so he’s well used to it and the way it works. My caution, if you want to call it that, comes from the fact there are three people now stepping into a power vacuum at Arsenal, and each one will want to make his own mark.

Will they pull together as a dynamic, exciting unit? I hope so, I really do, but human nature being what it is, and football clubs being the kind of weird, political places behind the scenes they often are, there is the potential for things to not run as smoothly. Watching the press may well be a good way of gauging how things are going.

We know Ivan has his people he leaks stuff to in the English media; Raul’s presence and his past at Barcelona means there are some Spanish journalists who already have an inside line; while Sven knows the German press well – a quick WhatsApp to a contact and all of a sudden you have the previously secretive Arsenal delegation being papped in Dortmund ahead of signing Pierre-Emerick Aubameyang, for example.

So, where stories come from might be an interesting little sideline as we head into this new era, who is briefing who, and why? This really is a multi-layered experience for fans who have lived through and understood the traditional model under Arsene Wenger for so long.

Speaking of players fitting a manager’s system, is Jack Wilshere talking about playing under Unai Emery or somewhere else when he refers to a ‘new chapter’ on his Instagram? My suspicion, and it’s only that, is that it’s the latter. His contract expires in a few weeks time, and despite a number of reports which said he was going to sign a new deal, nothing has been done in that regard.

Arsenal have Granit Xhaka, Mohamed Elneny with his new number, Aaron Ramsey, the up and coming Ainsley Maitland-Niles, and if we go through this off-season without adding a central midfield player I would be absolutely flabbergasted. I’m all for depth, but I wonder if Wilshere is content to just be a squad player.

He’ll have plenty of offers from elsewhere, I’m sure, and being available on a free transfer ensures this would be a lucrative move for him as his signing on fee would add to his wages over the course of a contract. Time will tell, but it wouldn’t surprise me if he were to leave.

Right, that’s your lot for this morning. Have a great Saturday, more tomorrow.