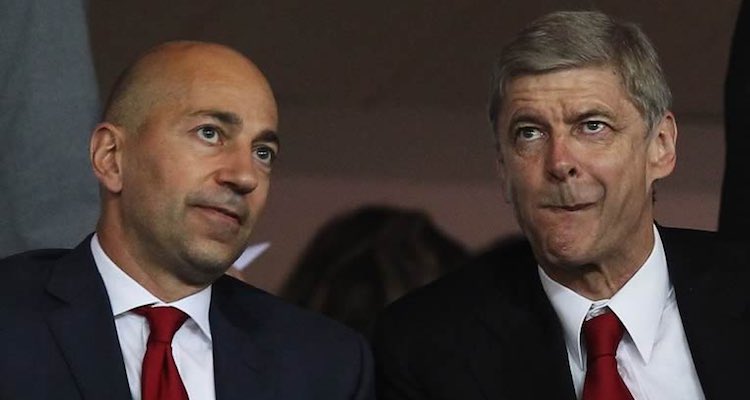 The announcement of Arsene Wenger’s imminent departure yesterday caused something of an earthquake in the Arsenal fanbase. The aftershock will continue until his final match- be that May 13th or 16th and the club will hope the tidal wave of emotion can carry them to Europa League glory. In an instant much of the apathy and ill-feeling towards Arsene eroded yesterday morning, replaced by sentiment and reminiscence.

I am sure the Arsenal hierarchy will have viewed Liverpool’s recent Champions League victory over Manchester City with interest, as Klopp’s side swept City away, galvanised by an emotionally charged Anfield crowd. I’m not convinced the Emirates is about to turn into a cauldron, but the atmosphere will certainly change and most likely for the better.

Arsenal are effectively looking for something akin to a new manager bounce by making the announcement now, so that the emotion and sentiment can sustain itself until the end of the campaign. In that respect, I think it is a wise decision from the club. But it does entirely flip the script and, perhaps conversely, takes the focus away from Arsene Wenger a little.

The feelings of protectionism towards the legacy manager will be renewed with a vengeance in the concluding weeks of the season. As such, Ivan Gazidis is likely to be cast as the bad guy- as the one that ousted and therefore hurt Arsene and he will begin to experience scrutiny like never before.

There are probably plenty who are waiting for him to mess this up. Sanllehi and Mislintat will also emerge from the shadows, with keen eyes judging their movements- thought not quite as immediately as with Ivan, who has stepped into a power vacuum.

Likewise, the players will experience a new level of surveillance against the backdrop of Arsene’s martyrdom. Some of them, I think, have hidden in the shadow cast by the manager’s future at times and they have been allowed to because, understandably, all roads lead back to Arsene in any discussion of Arsenal.

But now the onus is on them to give the manager a fitting send off and, consequently, the script has been totally flipped. If Arsene were to give the most uncharacteristic of dressing room pep talks, he could tell his squad, “Hey, I’m not going to be here next year, so if you want to play in the Champions League again next year, it’s up to you.”

Wenger is too much of a custodian to do that, of course. But that is essentially the situation, the players inhabit a strange hinterland where, all of a sudden, the onus and expectation is on them to deliver for Arsene, rather than vice versa. They will also know that their futures are not as assured as they were on Thursday evening. The new manager, whoever he may be, is watching.

Wenger is instantly elevated into elder statesman territory and now the players and the chief executive will begin to experience the displacement of scrutiny from Arsene’s shoulders onto theirs. They will feel and experience that in the long term, but the instantaneous shift of focus makes the remainder of this campaign a baptism of fire for all of them. Let’s hope they have what it takes.

Renowned Arsenal historians Andy Kelly and Mark Andrews and I have written a book about the tumultuous early years of Arsenal Football Club covering the period 1886 – 1893. ‘Royal Arsenal- Champions of the South’ is available for pre-order here.