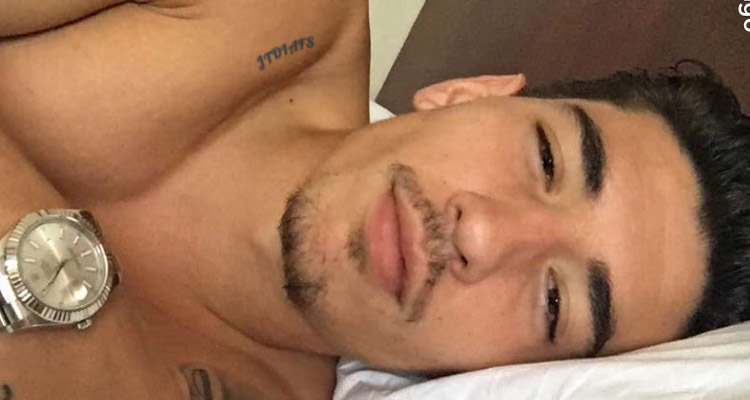 Hello everyone, welcome to Friday, we’re one step closer to football but we still have another week of this Interlull to endure.

I spoke yesterday about Jack Wilshere, and there was much focus on the fact he’d been recalled to the England squad for the friendlies with the Netherlands and Italy. So it was with a raised eyebrow that I read about how he hadn’t travelled with the squad, Gareth Southgate saying:

Jack just felt some tendinopathy in his knee but it’s nothing too serious. We decided to leave him back at base and see how he responds, and we hope to have him with us on Saturday.

Maybe this is kinda why Arsenal have made the offer they’ve made? As much as I would keep him as part of the squad, we have to recognise that as a club we have more information about Jack’s physical situation than anyone else, and while he has been fit for most of this season, it’s an offer made with the future in mind.

Would the people clamouring for him to have a new deal now on increased wages be as understanding if he spent the last 18 months of that contract sidelined because of injury? ‘We should have known!’, etc. Anyway, fingers crossed it isn’t anything too serious because while there’s still something to play for this season we need as many of our first team players fit and available as possible.

Meanwhile, the agent of Hector Bellerin says there has been no contact from anyone regarding the Spaniard and potential move this summer, after stories began to circulate over the last few weeks that he could be on his way out. Albert Botines spoke about the situation and the potential departure, saying:

There’s no contact for Bellerin, no-one has sought me out. He’s happy, he’s recently renewed and he’s playing consistently. It’s true that every player always wants to grow, but right now it’s difficult …

I think what was most worrying to me was the sense that Arsenal were feeding some of these stories via their regular back-channels, as if the club were open to selling him this summer for £50m to help rebuild the squad. I just want to go on the record – again – to say I think this would be tremendously stupid and shortsighted.

This is a team in need of some serious improvement. We’ve brought some attacking players in but you could still make a good case for adding a wide forward, while central midfield, the centre of our defence, and goalkeeper all need investment. Right back is the very least of our worries, primarily because we have one of the most talented young players in that position already.

Now, I hear the voices telling me that Bellerin has been poor this season, and I can understand that point of view, even if I don’t agree with it. If you insist that’s the case, then please be that insistent over almost every player in the team because he has not been stand-out bad in relation to any of his teammates.

In fact, I believe he’s been performing quite well all things considered. You know, taking into account the fact he’s being asked to plough a lone furrow up and down that right hand side for most of the season. We want him to attack effectively with verve and energy, and defend stoutly like his very life depends on it, without giving him much support in either regard. If he has struggled at times, that really does need to be taken into account.

Anyway, in the grand scheme of the really stupid stuff Arsenal could do this summer – and the potential there is pretty huge – selling Hector Bellerin would be very, very close to the top for me. We need to rebuild, that means keeping the players who can be part of the future of this club, and he’s got to be one of them.

Finally, congratulations to Henrikh Mkhitaryan who won Armenian Player of the Year for the seventh successive season – it’s always nice to receive a surprise award. He got something like 80% of the vote/points with Steve Targaryen in second and Monty Yanayanayan in third. May the confidence boost of this enable him to score the goals we need in the Europa League.

For some extra reading this morning I’ll point you in the direction of an excellent Tim Stillman column which looks at the influence of fans over results and performances. Does being super positive help, and do negative reactions from the stands elicit negative responses from the players? Interesting stuff.

For now, I’ll leave you with a podcast – a call-in show from last night chatting to listeners about all kinds of things like Jack Wilshere, the manager, the owner, back room changes having an impact on the future and lots more. Listen below, and whatever news breaks during the day we’ll have it on Arseblog News.