Morning all, I’ll get the Arseblog birthday cake out a bit later, but for now let’s start with a story that broke last night across all the major newspapers in England and by the main journalists on the Arsenal beat.

I will let you come to your own conclusion as to how they all had the same information but somehow they all ran with piece about how Arsenal are considering their options when it comes to a new manager, hinting that Arsene Wenger’s time is up this summer and providing us with a shortlist of names.

The men included are Leonard Jardim (Monaco), Joachim Low (Germany), Brendan Rodgers (Celtic), with an honourable mention for former captain Mikel Arteta who is currently working alongside Pep Guardiola at Man City – and someone who took great care to congratulate both teams after the Carabao Cup final.

Of all those names, Jardim seems the best candidate, given he’s managing in France and has done good things with Monaco. The way they operate, finding young players and selling them on, might well tally with a kind of business model Arsenal might use, and he won the title there in 2017 to add to a Greek Superleague triumph in 2012.

Low was mentioned a few weeks back, and I can’t say that I’d be particularly keen on him. Yes, he’s got huge experience but only at international level. He hasn’t managed an actual football club since 2003-04 and when you consider the fact that Arsenal are probably going to need an experienced club manager to ensure that the post-Wenger era isn’t as unstable as we’ve seen at other clubs when a big manager leaves after a long time, it’s a push to say he’s the right man for the job.

Also, when you look at the list of team he’s managed it’s hard to get excited about his pedigree, despite what he’s done with the German national team: FC Frauenfeld, VfB Stuttgart, Fenerbahçe, Karlsruher SC, Adanaspor, Tirol Innsbruck, Austria Vienna. So, not for me.

Meanwhile, the idea of Brendan Rodgers in charge of Arsenal is so appalling to me that I’d rather another decade of Wenger, and I don’t even want another season with Arsene in the job. I’m sure his fans will say this shark-mouthed blusterer had a good season at Liverpool once and maybe he’s doing a fine job at Celtic, but our problems would run far deeper than we thought if he was under serious consideration.

By the time he’d installed a 12 foot high self-portrait of himself in his office and renamed the training ground The Brendan Zone, I’d have packed it all up to go live in a warm climate where I’d spend the rest of my days as a bartender, telling anyone who’d listen how Ivan and Josh ruined it all until customers couldn’t take it anymore and the bar would be empty but for me, my dog, and a radio playing Jacques Brel.

Arteta is interesting, of course, but I do think he’s got to get some managerial experience under his belt. He’s learned plenty from Wenger and will have studied Pep closely I’m sure, but I don’t think coming into a club like Arsenal in the state the new manager could possibly find it is the right way to dip your toe into management. The same applies to Thierry Henry who declared the possibility of taking over as Arsenal boss a dream, and leaving aside the fact I don’t find him a particularly convincing candidate anyway, he too needs experience before a job of this size.

I suppose what’s most interesting is the fact this story is out there (but how?!!), and that the conversation about change is happening with more frequency. What I would say is, my desire for things to go in a different direction doesn’t mean I believe we should behave in a way we’d consider unbecoming for the football club.

With a Premier League game on Thursday, this is a story that Wenger will undoubtedly be asked about, and that’s not going to do much for our preparation. The other thing I’d say is that when Wenger warned off Gazidis about transfers after the arrival of Sven Mislintat, you don’t need to be a genius to understand why a picture of the chief executive and the new Head of Recruitment appeared in the German press during the pursuit of Pierre-Emerick Aubameyang.

The shift in the power dynamic behind the scenes seems obvious, but it shouldn’t descend to the grotty levels that we see in football on a regular basis. Board, or individuals, briefing against a manager as they line-up replacements (think Man Utd and van Gaal, for example). I would like to think we can do it better than that.

It’s also worth pointing out that a new manager doesn’t have to come from that list, with someone like Carlo Ancelotti still available who would slot into the new structures we’ve put in place perfectly and who has the experience of big clubs to steady the post-Wenger ship. There are more fish in the sea than on this list that inexplicably found its way to individual journalists all at the same time. 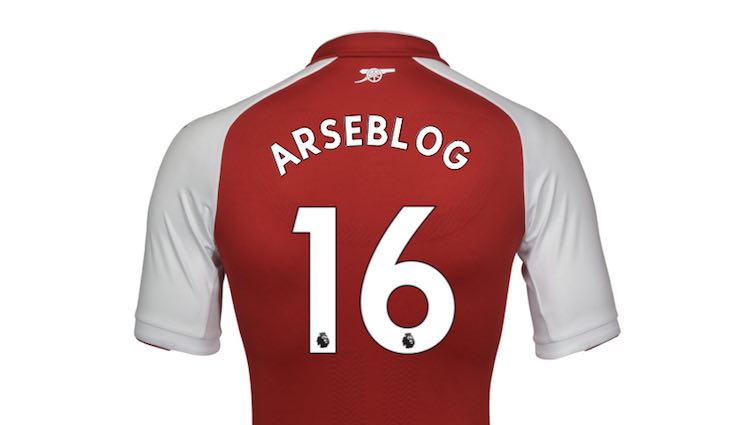 Today is the 16th birthday of Arseblog, and as ever I just want to thank all of you for reading, listening, commenting and everything else. When the site began in 2002, it was during an area of almost unprecedented success, and here we are 16 years later with the same manager heading into a period of change the likes of which we haven’t seen for some time.

I guess it illustrates the fact that football gives you highs and lows, ups and downs, and right now we’re in a bit of down. It’s all relative though, our down has included three wonderfully enjoyable FA Cup wins in the last four seasons, and if you asked fans of other clubs if they’d take that in their difficult times they’d bite your hand off. It doesn’t mean things don’t need to change, but it’s worth bearing in mind all the same.

As for the site, you might remember back in July I wrote about the future and where we go from here. Over the last number of months I’ve given this some serious consideration, and later today we’ll be launching on Patreon.

I’ll have all the details for you then, but in very basic terms everything that you get now remains free as it always has been, and if you subscribe you get to support the site and get some extra content (podcasts, articles and other bits and pieces).

Like anything, we can’t just keep doing the same things over and over, and we do need to go in a slightly different direction to, hopefully, build Arseblog into something even bigger and better which will allow us to do more for you to enjoy. As I said, I’ll explain more fully this afternoon, but for now, I’m happy you’re here and part of this community.

There’s something for everyone on the Internet, whether that’s Arsenal or anything else, so I’m very grateful that you’re part of what we do on Arseblog, however and whatever it is you take from the site. From me and all the writers/contributors, thanks again, and keep your eyes peeled for the announcement later today.

In the meantime, don’t forget to check out yesterday’s Arsecast Extra in which James and I discuss Sunday’s cup final, the manager, and lots more. In the meantime, have a sparkling wine for breakfast. 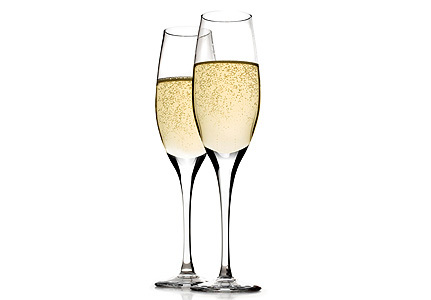