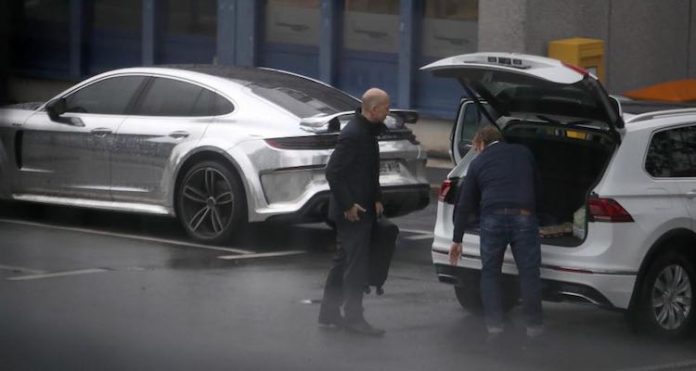 Morning to you, there’s clearly a lot to get through so let’s get started.

It’s that kind of a week. With no game this weekend, there’s an absolute dearth of anything Arsenal related. I think there were some games in the FA Cup, but I didn’t see any of them. The only thing I watched this weekend was Black Panther which was cool, but man I dislike the cinema. There are just too many people making eating noises.

Whose bright idea was it to make the default cinema snack something crunchy like popcorn and not something more quiet like jellies or a soft fudge of some kind? That person is high on my list of history’s greatest monsters, let me tell you.

Anyway, I was thinking a bit more about the boardroom set up at the club right now, and the potential for things to be shaken up during the summer. The rumour about Chairman Josh may be just that, but it does feel like some changes at that level have been long overdue.

Arsenal is a weird club in that the manager, because of how long he’s been in charge and also the circumstances over the last 10 years or so, is probably the most powerful man there – although obviously majority shareholder Stan Kroenke can do what he likes, when he likes. If he feels like it. Which he mostly doesn’t, and is seemingly happy for Arsene Wenger to do what he does for as long as he feels like doing it.

Ivan Gazidis, the Chief Executive, was basically hand-picked by the manager and remains publicly supportive of a man he called ‘world class in every respect‘ when the two year extension was announced last May. Yet the grapevine told us that Gazidis was, apparently, opposed to renewing Wenger’s contract.

Now, whether that was him testing which way the wind was blowing and aligning himself with some fan sentiment, it’s unclear, but what has become obvious over the last little while is that he’s working to change the perception of him as some kind of lickspittle who is happy to pick up his £2.5m every year.

I think he’s become quite adept at leaking certain things to the press. If it’s not stories about how in demand he is for ‘top jobs‘, it’s last weeks’ simultaneous release of info to all the big daily newspapers about how the manager’s position will be addressed in the summer. I don’t think the last one was a particularly good bit of media manipulation, but that’s a different issue.

He spoke about a catalyst for change last summer, and it was easy to be cynical because he has been a master of talking a lot but saying very little, and doing even less. So he’s got some credit in the bank with two backroom appointments that have been long overdue. They put us in a much better position when the time comes to replace Arsene Wenger and move into a new era where the man in charge is much more a head coach than the legacy-style manager we have right now.

Raul Sanllehi, a personal friend of Gazidis reportedly, is the Head of Football Operations, a role which will basically become Director of Football as soon as we’re allowed call it that because we can’t right now because of Wenger’s very public disdain for it. Sven Mislintat, the Head of Recruitment, played a key role in securing the signing of Pierre-Emerick Aubameyang and his connection with Henrikh Mkhitaryan can’t have hurt either.

Yet even then – as the manager insisted Gazidis had nothing to do with buying players and that the new people would work with him – a German newspaper was tipped off that the Arsenal delegation were in town to try and do a deal for Aubameyang and we got those pictures of them in Dortmund which contributed greatly to the story over that week until eventually the signing was completed.

It was quite deliberate, and it was probably the first time we’ve ever seen a transfer at Arsenal in which it felt like the manager wasn’t the key decision maker. He may well have had some say, even the final say as David Ornstein said on the podcast I recorded with him after the window closed, but it felt different because it was different.

What we have now is a situation where, whenever the change of manager happens, be it this summer or next, there’ll be something of a power vacuum, and I’m curious to see how the men at the top click. Will Gazidis – Mislintat – Sanllehi become a new holy trinity, working together in harmony and synchronicity for the good of the club, or will they all have a little grab to see how much influence they can exert?

I thought it was particularly interesting that on the first official day of his new job, February 1st, a story emerged in the Catalan press that Raul Sanllehi had made Atletico Madrid keeper Jan Oblak his ‘main objective’. That’s a nice story and it would be a very nice signing, make no mistake, but it’s also a nice way to make a first impression on fans when you start at a new club. It shows ambition and who doesn’t like that?

That it came not long after other rumours from the Mislintat side of the fence linking us with Cologne keeper Timo Horn was probably just a coincidence. I’m sure that these men, who we really, really need to be very good at their jobs over the coming years, will work together, but they’ll all have their own ideas at times, that’s clear.

Whoever the new manager, or new head coach, is when the time comes, won’t be in as powerful a position as Wenger. Gazidis will want to step up, the structures in place mean that player recruitment will be done much differently than it has been under the Frenchman, and there’ll likely be a more collective decision making process in many areas rather than one man calling all the shots.

I’m not saying that’s a bad thing, but it’s a big change from how things have been run, which is why we need the new backroom people to be so good. Wenger’s departure will also take away the shield he currently provides, because so much of the criticism of the club is aimed directly at him. We saw last season that Gazidis and the board were quite happy for him to sit there and take it as the uncertainty over his future became almost overwhelming.

There was nothing but silence from them and it was cowardly, in my opinion. It suited them though, because when one man is in the firing line, you can safely hide behind the sofa and nobody notices. That won’t be the case in the future, so it’ll be interesting to see that dynamic change too.

Anyway, we’ve got some fun times ahead of us, I reckon.

James and I will have an Arsecast Extra for you this morning. If you have any questions or topics for discussion, please send to us @gunnerblog and @arseblog with the hashtag #arsecastextra, and we should have that around lunchtime for you.