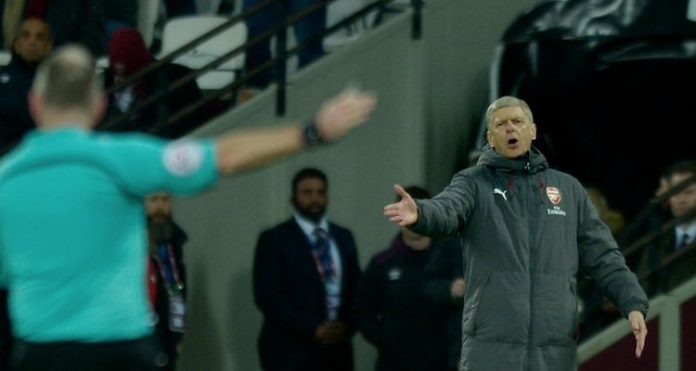 A couple of weeks ago, despite the fact we’d lost 3-1 to a Jose Mourinho managed Man United, there was some positivity after the final whistle because of how we’d played.

Sure, we’d handed them the goals on a silver platter, but that wasn’t much of a surprise to anyone who has watched us in recent times. What was different was the fact that we’d dominated them, played some nice football, and had a season high 33 attempts on goal. At the time I wasn’t particularly invested in that because we’d lost to United and Mourinho, but I think I understand it better now.

It’s because it was different. It’s because we played with some panache and a bit of verve. It’s because we made their goalkeeper have a blinder, like we used to do with so many teams in the past. And it’s because that – in spite of the terribleness of the result – is the way we want Arsenal to play football and nowadays it’s so rare.

Those were straws and we were clutching and last night, as we played out a turgid 0-0 with West Ham, we were reminded of the kind of football we actually play on a regular basis these days and it was dull. So very, very dull.

Olivier Giroud up front, play him a pass with his back to goal while he’s surrounded by three centre-halves and hope he can lay it off with the precision of a supercomputer into the path of an Arsenal player whose run also has to be timed to exactly the right microsecond or the ball ends up in a crowd of opposition defenders who get it clear.

Variety comes in the shape of shifting it wide, hoping one of the full backs doesn’t just cut back and play it backwards and instead crosses it towards Giroud who has got three centre-halves to deal with and no support. Sometimes it works, see Southampton last weekend when he rescued a point for us, but when it doesn’t it’s so hard to watch because you and I and the world have seen it all before time and time and time again.

To be fair to the manager he did, at least, try something different by reverting to a back four, although the team selection raised some eyebrows. Six left-footed players in the starting XI, but a right-footed youngster at left back in the shape of Ainsley Maitland-Niles. He did well enough, all things considered, but playing a left-back at centre-half when you have an actual centre-half and a natural left-back on the bench made it an odd selection.

None of our problems can be laid at the feet of the 20 year old, who did his best and worked hard, but does it really give you the right attacking balance when you play a right-footed player there? Especially when you have a three man central midfield made up of all left-footers – Wilshere, Ozil and Xhaka.

They’re three really left-footed players too, the right is just for standing on, and I’m sure that contributed to some extent to our performance. You lack the angles to shift the play as quickly as you should. There was a moment in the second half when we looked to take a quick free kick, and with players free on the right imploring them to move the ball into all that lovely space, one of our left-footed players took it and knocked it into a tight space on the left and nothing came of it.

As the game wore on, and I use that phrase very deliberately, and it became clear we were having little success in breaking them down, we brought on Danny Welbeck who was shunted out on the right hand side and did nothing of note – just as he did against Southampton.

If only we had a record signing striker who is our top scorer on the bench to help us get a goal. Oh, we do. Let’s bring him on with less than eight minutes to go and play him out wide too, because that’s the obvious way to grab a winner. It won’t be any surprise to discover that piece of tactical genius didn’t work out.

In the end, 0-0. By the way, I thought we should have had a penalty in the first half when Cresswell blocked Giroud’s overhead kick with both hands and then went down pretending to be injured because he knew fine well he’d made the kind of block a rugby player would be proud of, but that does not explain our overall performance.

Arsene Wenger tried afterwards, suggesting his team were suffering a little after the trauma of only scoring one of the thirty-three efforts against United:

I felt that the 33 shots on goal against Manchester United and the chances we missed had a little impact there, but we need to continue focusing on the quality of our game and not to focus too much on the fact that we are not ruthless at the moment. That will come back by not making too big a problem of it. There are periods like that where adjusted finishing is not right.

Adjusted finishing, whatever that is, is all well and good, but you have to make chances to finish them and in the last couple of games we have been unable to do that. The draw with Southampton was put into perspective by the fact Leicester went there last night and hammered them 4-1. It’s not that we were unlucky at St Mary’s against a decent team, it’s that we were bad against a poor one, and it was exactly the same story last night.

I know I’ve spoken about this before, but there’s really no discernible style of play you can associate with Arsenal anymore. It used to be nice, pretty football, triangles, sharp movement and intricate creative play, but that’s no longer the case. We pull it off now and again, but that’s no longer who we are.

A change in formation was welcome, but all it illustrated was that we suffer from the same inability to turn possession into goals as we do with a back three. We’re not really a team anymore, as much as a group of players who rely on individuals to be brilliant to win games. When those players misfire we rarely take the points.

So, for all the criticism leveled at individuals, this goes way beyond that. There are good players in this squad, but we’re not getting anything like the best from them on a regular basis. This is a side that plays in the image of its manager, and the manager is – and has been – struggling.

Players playing out of position, formation shifting, increasingly odd team selections: these are the actions of a man swimming against the tide. No matter how hard he works, he’s running to stand still, but with just 9 points from 27 away from home this season and negative goal difference, it’s to escape the conclusion that we’re going backwards.

I know that social media is not always the greatest barometer of where we are, but it was telling last night that the overwhelming feeling last night wasn’t really anger or disappointment or frustration, it was boredom.

The boring, boring Arsenal chant was ironically co-opted when Wenger’s teams played that brilliant, swashbuckling football that was so far removed from what we’d become at the end of the George Graham/caretaker era. 4-0 up? ‘Boring, boring Arsenal!’

More reaction and news throughout the day on Arseblog News. Tim Stillman will be here with his column later, and I’ll be back tomorrow with an Arsecast.