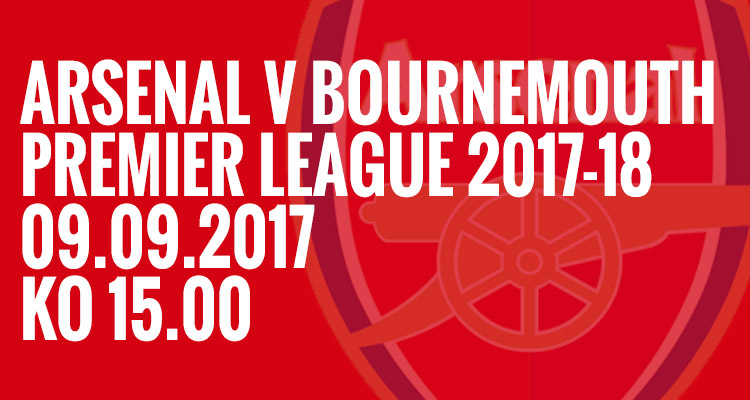 They’re on the blocks. The caller has announced the runners. The countdown has begun. Gentlemen, start your engines!

Which is to say football is back and about to start again after an interminable two week Interlull which has, frankly, driven many of us crazy. Now the sport of kings, or ruffians and blaggards and emotional Chileans, is set to do likewise as we face Bournemouth at the Emirates today.

It’s clear what we need to do: win. It’s not clear how exactly we might do that though, as the manager has some decisions to make with regards to his team selection. What would be a good help, of course, is playing players in their correct positions, so using Hector Bellerin on the right and Sead Kolasinac on the left would be a good start. Whether they’re wing-backs or full-backs remains to be seen though.

If it were me, and I realise it’s not, I’d be inclined to shift to a back four. If the move to a back three was designed to shake the team out of a rut then it worked. It’s clear it had a big effect on results last season, winning 9 of our last 10 games including the FA Cup Final against Chelsea (hahaha Diego Costa and John Terry etc).

What it has not done is made us more defensively solid. First up, there’s this:

Second up, there’s this:

What is that, I hear you ask? Well, that is literally the space where our midfield is supposed to be and through which the opposition find tremendous joy when we give them the ball. Having not brought anybody in during the transfer window, we now have to be bit more creative with the players we have. It seems obvious that we need to add some defensive discipline in there, so reverting to a back four would allow us to do that.

Whether it’s Francis Coquelin or Mohamed Elneny I’m not sure – my suspicion is Wenger would go with the former first of all – but sitting one of them alongside Granit Xhaka, with one of Mesut Ozil or Aaron Ramsey at the tip of that midfield trio would surely go some way to addressing what is a pressing issue with this team right now.

Then you choose three from Alexis, Welbeck, Lacazette, Giroud, Walcott, Ozil/Ramsey, Iwobi, or even Reiss Nelson to complete the eleven, and I think you have a team that looks better balanced. Most importantly, you have a system that the manager actually believes in, and I don’t think he believes in the back three really. You can’t spend your whole career playing a back four and not be fundamentally more aligned to it than the back three.

My gut feeling is that the players don’t believe he believes in the back three, and while I’m not relieving them of any responsibility for the paucity of their performance at Anfield, I think they have to believe in what their manager tells them. If not, well, you see stuff like we saw at Liverpool.

Basically, Wenger has to get a group of players who more or less downed tools at Anfield to gel again, and I think this is the best way to do it. Of course the distractions of the transfer window are gone, there’s nothing that should impact team selection beyond picking the best players for the job at hand, and there should be a bit more calm and clarity in general, but there’s also a lot to put right today.

What you would say is that Bournemouth, while a good side, are probably the right kind of opposition. If we were about to face an Allardyce-ical park-the-bus kinda team, I’d be a bit more worried, but Eddie Howe’s side like to play and that in turn should give us a bit more of the space we need to be effective. We’re still quite brittle, so I wouldn’t be putting much money on a clean sheet, but hopefully we can click from an attacking point of view and score the goals we need.

Beyond that it’s very difficult to predict anything about this team right now, so it’s just a case of fingers crossed that they can restore some pride and get the points we need.

OK, we lost at Liverpool but we can redress the situation very well and very quickly. These players who were great three weeks ago have not lost their football ability, and our target remains exactly the same. We have a home game now and we know it’s very important to be strong at home.

As ever we’ll have live blog coverage of the game for you later, check back later for a post with all the info, or bookmark our default live blog page. We’ll have all the post-match stuff, report, stats etc over on Arseblog News, and for now I’ll leave you with yesterday’s Arsecast. Have a good one.