When you write about and follow one club so closely, sometimes it is difficult to understand whether the issues that you uncover are exclusive to your club, or whether others experience them at the same rate. However, I am nonetheless convinced that no team has the “player that divides opinion” market cornered quite like Arsenal.

Theo Walcott and Aaron Ramsey are the poster boys for this particular niche. Arsenal have quite a few players that, by nature, are risk takers too. Alex Oxlade Chamberlain for instance, is a positive player that always tries, for want of a better expression, to do something. That makes him thrilling to watch and endears him to many.

Others find him immensely frustrating because he is just as likely to smash the ball in the upper tier as laser guide it onto Danny Welbeck’s immaculate high top. Alexis Sanchez is a slightly more accomplished cousin to The Ox in this respect. His profligacy in possession annoys many to the point of horrible, horrible tears. While others consider the ‘Alexis tax’ worth paying, because of what he provides in other, more valuable currencies- like goals and assists.

In this respect, Granit Xhaka has been an archetypal Arsenal signing. He has struggled for consistency, flitting between brilliance and calamity. Failing to fit in in this Gunners squad is a painfully conformist move. To borrow a legend from the movie ‘Fight Club’, Xhaka has been ‘Project Mayhem’, a square peg almost knowingly chiselled into a round hole. An Adidas tee shirt with an anti-establishment slogan.

One of the main reasons Arsene has failed to mould this squad into a coherent unit is because he has assembled a collection of ‘Goldilocks’ players. Footballers with very distinct strengths, but equal and opposite weaknesses. As such, the likes of Ramsey, Walcott, Özil, Chamberlain and Giroud can excel in certain systems, with a certain blend of qualities around them.

Ramsey, Özil and Alexis all require a certain amount of freedom to prosper, but to grant it to them all simultaneously promotes tactical chaos. To an extent, all players need a good blend of qualities around them to succeed. Even Messi and Ronaldo have had their positions altered over the years so they could be accommodated in freer, more central roles. Arsene removed Vieira, Pires and Henry so that he could give Cesc Fabregas the freedom of Islington. With Xavi, Iniesta and Messi available to them, Barca opted not to make the same sacrifice and Fabregas’ homecoming went a little flat.

Arsenal probably lack a few multi-purpose players. Danny Welbeck, Alex Iwobi and Santi Cazorla are more malleable players, for example. (Though Cazorla was shifted from the number 10 role to a left sided playmaker role before settling on a deep lying playmaker role). It remains to be seen whether Xhaka is a ‘Goldilocks player’ or a Swiss army knife.

He looks a little like the former at the moment, but it seems unfair to make a definitive judgement. You could count the number of Arsenal players that have played to their ceiling on one hand this season. When the landlord has not addressed the mould all over the living room walls, it feels a little unfair to point the finger at a brand new tenant. Xhaka inherited some serious midfield dysfunction, even if it is true that his presence has done little to resolve it.

That said, it does seem to have taken the manager a peculiarly long time to figure out what kind of player Xhaka is. In September he called him a “box to box player….he has the engine to make an impact with his runs.” From watching Granit this season, I would say he has a lot of qualities, but his engine is not one of them.

He is not particularly quick and when he is running back towards his own goal, he has all the élan of a fish caught in a tree. This is why he fouls as often as he does, he knows that he lacks agility on the turn and he hates not having control of a situation. Expecting Xhaka to be a “box to box” player is a bit like trying to send a slinky up the stairs.

By November, Wenger had corrected himself calling him “a deep lying playmaker.” Arsene got there eventually. Xhaka very obviously needs the game in front of him and though his function is to sit deep, he is not especially adept defensively. I think this is why many elements of the mainstream media have struggled to interpret Xhaka’s role almost as much as Wenger has. 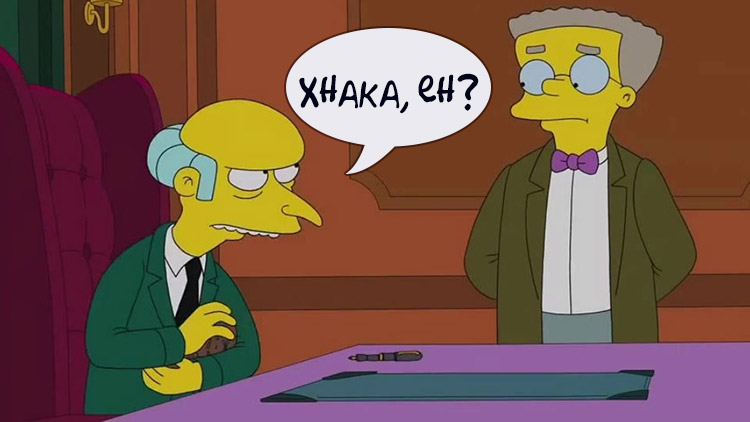 Last summer, Chelsea bought N’Golo Kante and Tottenham Victor Wanyama. As a result, I think Xhaka has been viewed through that prism- as a destroyer, which is uniformly not his role. Therefore, much of the focus has been on what he doesn’t do, rather than what he does. I think Granit was bought, in part, to help Arsenal break down packed defences. He operates in an area of the pitch where Arsenal are given time on the ball and his range is excellent.

It’s become very clear over the season that there is a particular type of game that suits the Swiss. When teams sit off he is majestic, as we have seen in recent home games with West Ham and Manchester United. He has space to collect the ball from the centre halves and survey his range of clubs, he is able to vary his long and short range delivery and deliver the right flourish with his passing.

Arsene also complicated the midfielder’s induction with his concept of ‘shared responsibility’ between his midfield pairing. This has been especially frustrating when Xhaka has been paired with Ramsey. Wenger likes for his players to swap roles in order to fool markers. So on occasion, Ramsey has dropped deep to collect, while Xhaka has moved forward into a more attacking space.

This takes Ramsey and Xhaka some way out of their respective comfort zones. Against Manchester United, Arsenal seemed to abandon this idea. The roles were more defined, with Ramsey left to make forward runs and Granit allowed to stay deep, collect the ball and distribute it to the onrushing wing backs. There may come a time when the two can swap roles to evade markers more effectively, but it feels like they should be allowed to learn to walk before they can run.

Xhaka is one of the chief beneficiaries in the recent move to a back 3. Firstly it provides a little extra security behind him, which means he does not have to chase to opposition forwards like a woman running for a bus in stilettos. The use of wing backs also extends his radar a little wider. It means that Arsenal always have width available and he is capable of a raking drive to the right, or a sand wedge to the left.

Meanwhile, Özil and Alexis play in the half spaces, as an inside right and inside left and Xhaka’s mid-range delivery (or the ‘moderate value pass’ to the sophisticates) makes them an option too. In time, assuming Arsenal’s midfield ever settles down, opposing teams will have a decision to make with Xhaka. He has not found a coping mechanism for being pressed high up the pitch.

However, teams that choose to harry him risk leaving space in other parts of the pitch, notably in their defensive third. But, as I wrote last week, Arsenal could do with one or two players who move the ball a little more quickly to maximise that opportunity. The best counter attacking team will win the league for a third consecutive season this year, which tells you a little about where Arsenal are lacking.

His price tag, disciplinary problems and the fact that his manager briefly seemed to confuse him for someone else entirely have all contributed to a difficult start to life at Arsenal for Granit Xhaka. There is certainly a good player there, but Granit is going to have to take a step towards Arsenal, proving that he can perform in a variety of situations. And Arsenal will need to take a step towards Granit, preferably by not fielding him in a midfield with more knots than a sailboat.