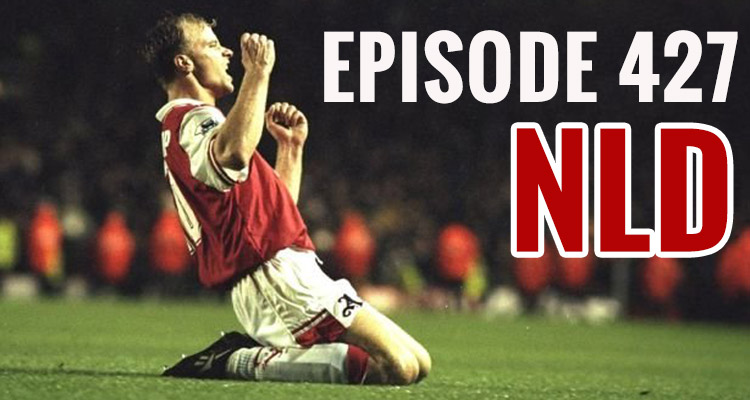 This morning I dreamt I was writing Patrick Vieira’s biography and we’d just covered the bit about his rivalry with Roy Keane when he got very upset that Sp*rs manager Mauricio Pochettino would only say that he was ‘competitive’ as a player.  Vieira got increasingly angry that he hadn’t called him ‘world class’.

‘Why won’t he call me world class?!, he ranted.

‘Why do you care what he thinks?’, I asked, which sent him over the edge and he started hitting me in the face with really bony hands that hurt a lot. So, I stole his car and thought I’d made the perfect getaway except the car turned out to be a limousine and it was full with some boy-band who I had to drive to a gig and there were loads of screaming fans outside. I escaped that by getting out on the side of the road and walking into the sea.

What does it all mean? Who knows, and while I know it was only a dream I feel quite bitter towards Vieira this morning, and I’m also annoyed at Pochettino for starting it all in the first place. I’m sure it will pass.

We have a press conference this morning in which the manager will be asked if there’s any news about his future (“NO”), and then perhaps about the big game on Sunday. This morning I find myself worried about Laurent Koscielny’s knee after he seemed to injure it in the closing stages of the 1-0 win over Leicester on Wednesday.

Maybe I’m worrying for nothing and he’s perfectly ok. Maybe I’m just overthinking or panicking because my brain has gone into worst case scenario mode, but he’d be a big loss if he wasn’t available for Sunday.

That said, if it’s just me being in that frame of mind, it would also be a big blow if all our players were forced to play in lead boots and Francis Coquelin had to go in goal because all of our keepers have been kidnapped and held for a ransom that we refuse to pay because it’s actually a handy way to get rid of them all.  We’ll find out more about Koscielny and all the team news this morning, so get all the updates over on Arseblog News.

Last night’s Manchester derby ended up in a 0-0 draw. I was going to watch it but then I thought going to a bar and having some beer would be better, and it turns out I was right. I missed Fellaini getting sent off for ‘headbutting’ Sergio Aguero, but I can live with that. For us it was a decent result in terms of our top four chase, both Manchester sides dropping points, but of course Sunday’s game is of far more importance in that regard.

Our maximum points total remains 78, but City’s is down to 80 and United’s 79, and what Liverpool do in their remaining games will be interesting too. Even though they’ve tended to drop points against sides lower down the table, if you were presented with a run-in of Watford, Southampton, West Ham and Boro, you’d be looking for maximum points.

Anyway, all of this is predicated on us winning all of our final six games, and our fixtures are nowhere near as kind. We have our ‘cup finals’ that could be turned into third and fourth place play-off equivalents with just one bad result.

Speaking of cup finals, details of our ticket allocation for next month were released yesterday, and we’ll also be in the East end of Wembley. And as we did when we beat Chelsea in 2002, we’ll be wearing red and white.

Right then, time for this week’s Arsecast, and ahead of the North London derby I chat with Arsenal journalist Layth Yousif (@laythy29) about his thoughts on the big game, the midweek win over Leicester, empty seats and more. We also hear from the other side with Harry Hotspur, some Wembley waffle, there’s a chance to win Mesut Ozil’s book and lots more.

For some extra reading this morning, Tim Stillman looks at the move to three at the back system, which players might benefit and also those who might find themselves sidelined because of it.

The Gent will be here later with his weekly review, and we’ll be previewing the derby and all the rest over the weekend. For now, enjoy the podcast.