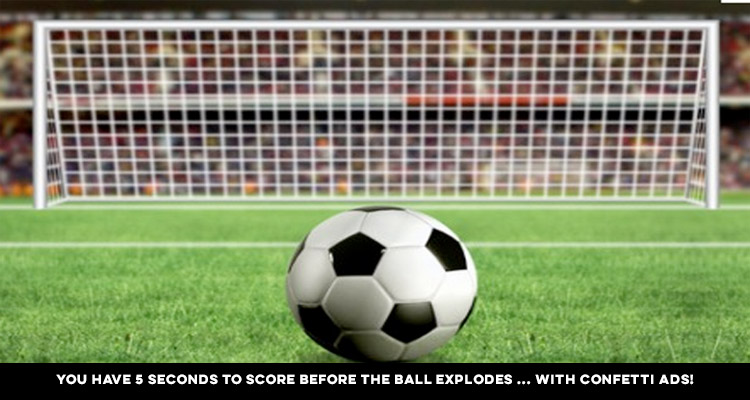 Yesterday saw some suggestions from former Dutch legend Marco van Basten for improving the game of football. He was hired by FIFA in September and provided a dossier of ways he feels the game could be made better.

To some extent there’s an element of if it ain’t broke don’t fix it here, but we also have to accept we’re living in a world in which technology can play a part in football. Video replays remain a contentious issue but the introduction of the Hawkeye system which shows when a ball has crossed the line was certainly a positive thing.

However, I’m not sure leading with the scrapping of the offside rule is the way to go if you want to be taken seriously. He says:

Without offside, the strikers could be behind the defenders, which would be much more difficult. If they move far back in front of their goal, the attacker will have more opportunities for distance shots. This would make the game more attractive, the attackers would have better chances, more goals would be scored.

That’s what the fans want to see. In field hockey, the offside has been abolished, and there are no problems. The teams would also adapt in football.

Look, no offside if you’re playing Tuesday night Astro without linesmen might make some sense, but at the professional level, or any level above some fat old lads attempting to run around, it’s a really daft idea. I think there might well be a discussion to be had about simplifying the rule, make offside offside without the caveats that exist now perhaps, but scrapping it altogether is ridiculous.

He also suggested doing away with penalty shoot-outs to be replaced by a challenge where you dribble with the ball and then attempt to score. This has been trialled in MLS before, and it’s a bit of a mess.

It also plays perfectly into the hands of those most tedious of people. You know, the ones who say penalty kicks are a lottery. It is one of the worst cliches in the game. You know what’s a lottery? A series of numbers drawn at random by a machine or a computer or even a person picking them out of a tombola.

What’s not a lottery is showing skill, ability, character, nerve, and technical quality to kick a ball beyond a goalkeeper into the net. Or on the flip side, learning your opponent’s predilections when it comes to doing that and being clever and agile enough to stop his attempt. It’s only ever the people who lose a penalty shoot-out who try and dismiss it as a lottery, and for me it remains the best way of settling a game in which people fail to score.

Van Basten also talks about a maximum foul limit, after which a player should be removed from the game, something which would probably have a significant effect on teams who get away with foul after foul each game (cough Sp*rs), but in reality is probably unworkable.

Then there are sin-bins for players rather than yellow cards. Again, I don’t think this is especially clever but I do think there is room for a sin-bin discussion to exist alongside yellow and red cards. For example: a player who is on a yellow card who commits a foul that in itself really isn’t worthy of a second yellow and thus a red, but who probably deserves greater punishment than a finger-waggled warning from the referee.

The thing is though, if we bemoan the lack of consistency from officials now, what would it be like when this kind of decision making as even more open to interpretation? If a Granit Xhaka trip is apparently worth a red card and a three-game ban but a savage two-footed leap by Marcus Rojo is just a yellow, what hope would there be of implementing something like this effectively?

Ultimately, you’d wonder about the remit given to van Basten. Was he really asked to come up with things that would actually improve the game of football, or was it to improve the spectacle of football for television, who more and more call the shots and want to influence the game?

This sounds like stuff that would give viewers more delicious bite-sized chunks of action: a platter of football party food to pick at when you want, rather than a sit-down meal over the course of 90 minutes.

It also suggests that the only thing you can appreciate in the game are goals, that they’re all fans are interested in, as if there isn’t much to admire about being able to defend. I get how it can be frustrating to see a team who have little or no ambition, but if you threw a lightweight boxer in the ring with a heavyweight you’d hardly expect the little fella to go toe to toe with the big lad and slug in out, would you?

Those are the kind of match-ups football provide – to varying degrees – throughout a season, and it’s up to teams and managers and coaches to deal with them. These are the things that give the game variety, that require thinking, or blunderbussing, or craft and creativity to overcome. Or not, that’s the beauty of sport. I can appreciate great defending as much as a great goal.

If there’s something that can make the game better, I’m all for it, but in the wake of the decision to make a 48 team World Cup for reasons that are purely financial, I’m deeply cynical about FIFA’s motives for commissioning this and what it contains.

That said, news that the FA is to have a consultation about retrospective punishment for diving or feigning injury is a good one. Of course it shouldn’t just apply to diving, there needs to be greater scope for post-game punishment of players whether the referee has seen an incident or not, but this is a step in the right direction, I suppose.

Right, we’ll have all the news from Arsene Wenger’s press conference this morning over on Arseblog News. Tim Stillman is here with his column later, and I’m back tomorrow with an Arsecast.

Selection posers for the manager + FIFA starts to crumble